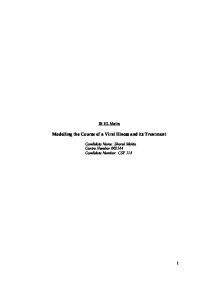 Modelling the Course of a Viral Illness and its Treatment

Using this information I was able to plot a graph which would show the effect of medication when there were 8 million particles:

Model 3a: The effect of medicine after there were 8 million viral particles 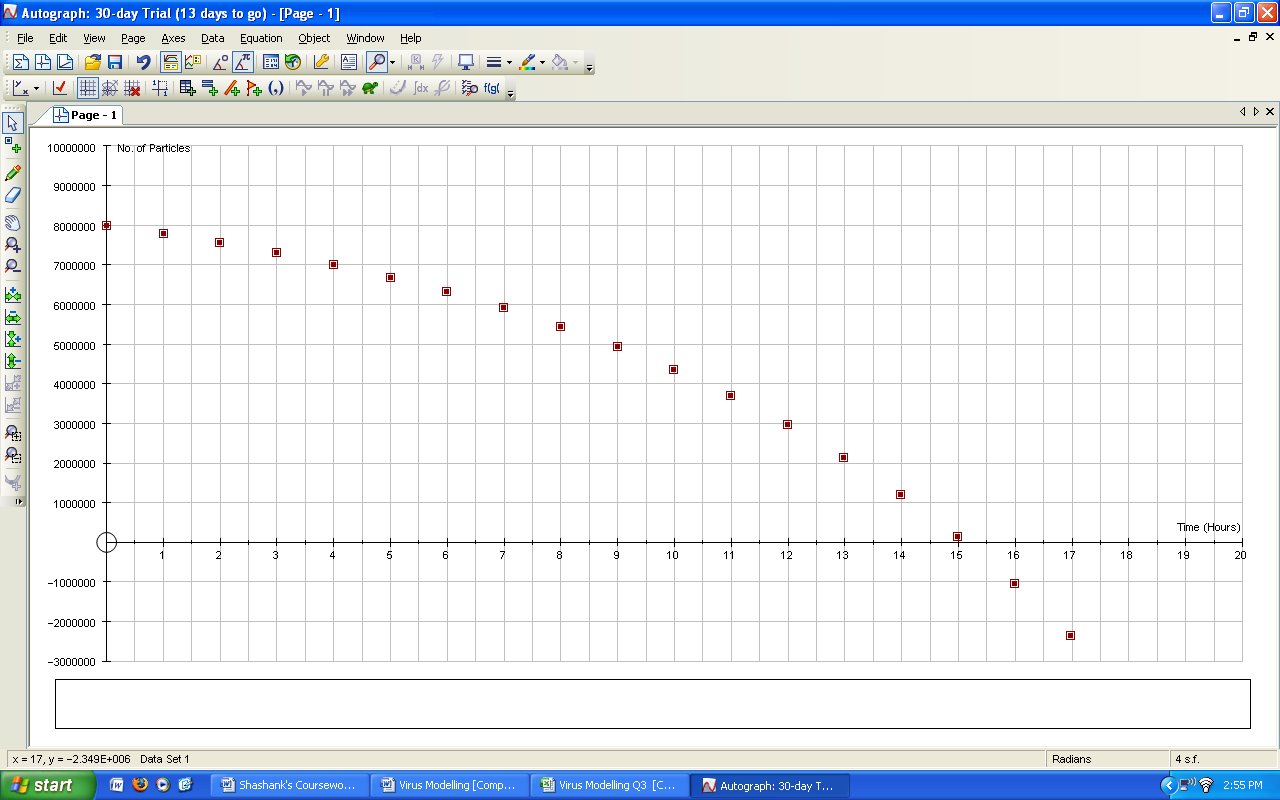 Now I went through the same process again but this time testing whether the medication would work effectively if he/she had 9 million viral particles.

The results can be seen on the following page:

Using the data above, I plotted a graph:

Model 3b: The effect of medicine after there were 9 million viral particles 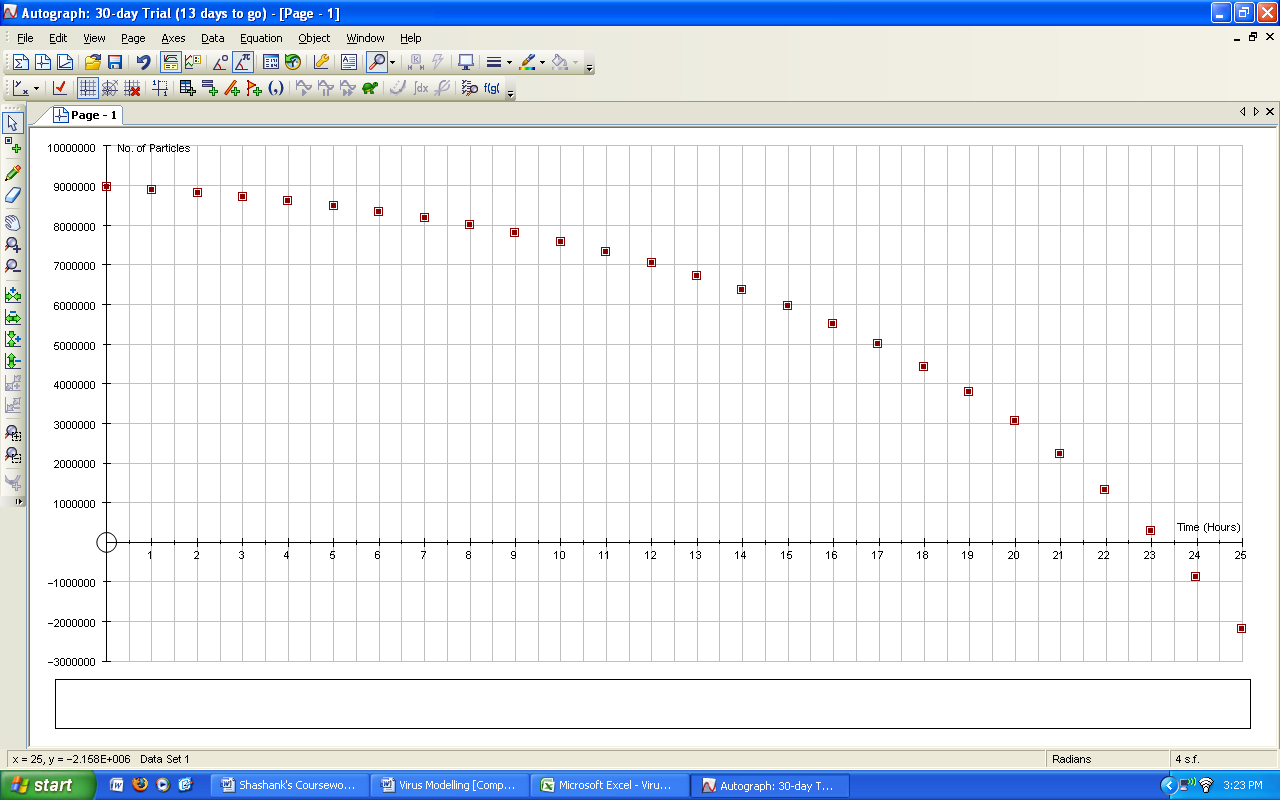 Now I did the same for a patient with 10 million viral particles.

If the patient was a young child than the models would really look different because from my research I found that a child’s immune system is not completely developed until he or she is 14 years old[1] i.e. the immune system of a child is weaker than that of an adult. Therefore the models would have to be modified in several ways.