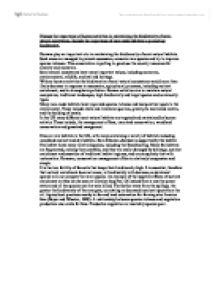 Discuss the importance of human activities in maintaining the biodiversity of semi-natural ecosystems. Include the importance of man-made habitats in promoting biodiversity. Humans play an important role in maintaining the biodiversity of semi-natural habitats. Such areas are managed to prevent succession, conserve rare species and try to improve species richness. This conservation is putting to good use the country resources for amenity and recreation. Semi-natural ecosystems have many important values, including economic, environmental, wildlife, archival and heritage. Without human activities the biodiversity of semi-natural ecosystems would more than likely decrease in response to succession, agricultural processes, including nutrient enrichment, and to atmospheric pollution. Human activities aim to maintain natural ecosystems, traditional landscapes, high biodiversity and target species and community types. Many man-made habitats have improved species richness and had positive inputs to the environment. These include chalk and limestone quarries, gravel pits and inland waters, and the building of canals. In the UK many different semi-natural habitats are targeted and maintained by human activity. These include, the management of fens, moorland conservation, woodland conservation and grassland mangement. Fens are rare habitats in the UK, with many containing a variety of habitats including woodland and wet and dry habitats. Rare Schoeno-Junctum is supported by the habitat. Fen habitat hosts many rare bird species, including the Reed bunting. Many fen habitats are fragmented, making them unstable, and they are easily damaged by drainage, nutrient enrichment and cessation of traditional habitat regimes, and are completely lost with reclamation. ...read more.

Wheeler and Giller (1982) examined the relationship between vegetation mangement and species richness and crop mass in broadland. Species density Sept crop mass Reed unmanaged 8.5 1-3 Reed managed 8.7 0.7-2.5 Sedge unmanaged 5.3 2.7-4.9 Sedge managed 16.2 0.6-1.7 It seems likely that in these fens human activity helps determine and maintain biodiversity, probably through its impact upon the above ground crop mass during the growing season, and the impact that this has upon the interception of light. Moorland conservation and management is another example of how human activities are important in maintaining semi-natural ecosystem biodiversity. Moorlands have developed on acidic soils. Moorland habitats cover more than 1 1/4 million ha of upland Britain and support a range of bird species, including the red grouse and golden plover. Moorlands were traditionally used for cattle grazing, but most now are grazed by sheep. They are mainly managed for grouse, as grouse shooting is currently worth about 21 million p a. Their abundance is affected by many factors, but principally the abundance of young Calluna vulgaris, its food source. Breeding density is strongly correlated with heather coverage. It is for this reason that management is essential, to maintain such species biodiversity. Rotational burning is used to maintain younger heather. Picozzi (1968) showed that the mean number of recently burned blocks of heather positively correlated the average number of grouse shot per year. ...read more.

Gravel pits provide important sites for birds, and a number of bird reserves. The Little Ringed Plover first bred in Britain in 1939, in reservoir margins, but has since colonised much of Southern England, using gravel pits as its main breeding habitat. Disused canals, mainly constructed in the 18th and 19th centuries, are narrow and shallow, and rapidly undergo hydroseral colonisation, becoming important wetland habitats. Murphy and Eaton (1983) reported 67 macrophyte species in a survey of British Waterway Board canals. Some of the aquatic species are exotic and occur particularly where heated water discharges into canal from adjoining factories. Murphy and Eaton (1983) demonstrate a negative effect of traffic intensity on the biomass of submerged aquatics. Reaches with the most traffic were most species poor. Species present in the intensive traffic were tolerant to physical damage. Boat traffic may also reduce the crop of aquatic plants by turbidity. However, insufficient traffic may lead to choking of the waterways and succession to less wet habitats. Modest traffic may therefore be the best in maintaining the aquatic plant populations of canals. Human activity is important in maintaining semi-natural ecosystem biodiversity. Management practices prevent succession, increase species richness and promote rare species. Although human activities try to produce positive effects on biodiversity, negative effects are also produced through human activity resulting in pollution. Many man made habitats however have led to an increase in biodiversity by creating new habitats and replacing lost old habitats. Human activities are essential to conserve many endangered habitats. ...read more.