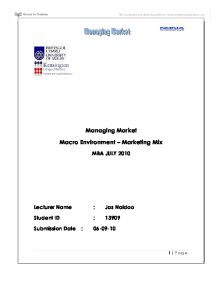 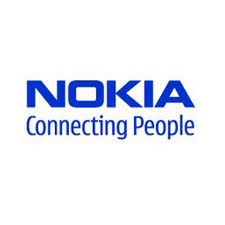 Marketing is defined as “the social and managerial process by which individuals and groups obtain what they want and need through creating, offering and exchanging products of values with others.”

The marketing macro environment is “the external world in which the organisation and its potential customers have to exist, and within the context of which marketing decisions have to be made”. In this essay I will discuss and explain about the world largest mobile phone company Nokia. I chose this company because this organisation in very successful and familiar on the market. In this report, I am going to discuss about the macro environment in marketing and the major role of this environment in Nokia.

Nokia is worldwide leading technology placed in almost 130 countries and 3% of profits are coming from its native land Finland. The company started as a paper mill in 1865 in Finland. In nineteenth century paper products and wood pulp were the core products of Nokia’s business. Then Nokia had a tie up with Finnish Rubber works. This company produces products like rubber bands, raincoats and tires. Later in 1922 Nokia partnered with Finnish cable works which produces cables for power, telephones and telephone equipment. In 1960, Nokia entered into electronic market and it started to focus on research and development in semi conductor technology. All these investment made a base for Nokia to enter into mobile phone market.

From 1980’s Nokia started to concentrate on mobile phone market. And in this century Nokia is one of the largest mobile phone providers. In mobile phone market Nokia have achieved 38% market share. Nokia sold 133 million mobile phones in the year 2000’s. Nokia has employed 54,000 people all over the world and having 27 production facilities and research development center in 12 countries. All these clearly state, Nokia is really a global company.

The acronym of PEST is as follows:

Now let us use PEST to analyze the organization Nokia.

The major factor that affects the organisation is political and legal issues. Government, local authority and other regulatory’s decision will cause significant influence on the business policies and legislation. In short, “the greater the understanding of the EU and national political processes, the more an organisation can move with change rather than risk being left behind”. 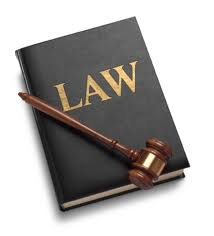 Nokia have to follow the EU regulations. This is about the mode their employer’s condition is like; controlling the use of monitors in computers and this is because of the problem, it affects employer’s eye sight. Everyone knows that mobile phones emit radio waves. Hence the company has to remember the norms in subject to safety, power and volume of emission.

If the UK joins the single European currency, it is having a major impact on all UK business. Hence Nokia will be having a major benefit since Nokia doesn’t want to pay tax or pay less tax in the areas of Europe. Since Nokia is having its major industrial unit in Sweden, it exports all its products to European countries and also other areas. Nokia exports its product to Great Britain, hence they doesn’t want to pay more tax since it is European Union member, whereas if Nokia export its product to Switzerland they have to pay more tax since it is not a member of EU. Hence the retail price in Switzerland has been increased by Nokia and this again result it would be cheaper for the Great Britain customers and more revenue for Nokia.

Economic factor can affect the business both nationally and internationally. In UK the economy factor can be manipulated from the buyer’s activity within the society. Country’s economic status will affect customer even it is in boom or recession. “The economic and competitive environment covers both macro and micro-economic conditions which affect the structure of competition in a market”. 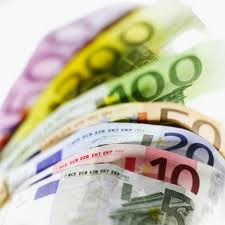 For example, the recent depreciation in euro directly affects Nokia’s goods cost, operating expense and pricing tactics. In 16th June 2010 Nokia was warned that the profit acquired in key phones will be weaker in this quarter and it also struggles in competing with its rivals Apple in the phone market.

So company like Nokia has to be aware of economic conditions and it has to make sure that they are using some strategy and tactics in order to protect their business.

Society consists of friends, family, and media. All these things affect our own interest, opinion and attitude. These tell the people about who are they and their way of behaving and what they buy. The change in the population will have a major impact on all business.

For example, if Nokia give some promotion on its product in a little town it would not benefit Nokia. Whereas if Nokia promote their new product in a city i.e. (highly populated area), there are many people willing to buy and also the product will reach many people. 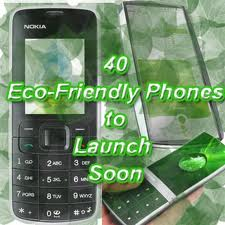 Nokia devices are created considering the ecosystem. Nokia’s environmental team is flying the green flag for a couple of weeks. Nokia devices used are created with consideration of mother earth. Nokia is using eco-friendly raw materials, so that the product can be recycled and it saves the world’s environment from pollution. Taking care of planet and Nokia’s being green concept makes a good business sense of marketing.

For example, if Nokia’s competitor Apple is introducing an advanced technology in its product, Nokia in order to compete with them it has to improve its technological to its advance. The advance technology we have introduced should be beneficial for the business as well it has to react to the changes within their business. 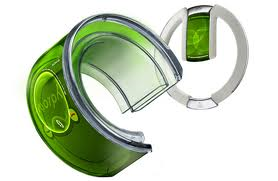 Nokia has announced that they are going have collaboration with Renesas Electronics Corporation, a supplier of semiconductor solutions, in order to develop the modem technology. Because of this collaboration Nokia’s technological assets value will be maximized as well as in delivering advanced mobile communication in the market.

Now a day the growth of technology is rapid in the phone industry. The average life of a phone is only 6 months. The growth in technology will improve the organisation standard if it tries to ignore this; they are losing out of the competition. Hence Nokia has to develop phone to the recent technological specification. Customer’s expectation is a new technology and a distinct design that is attractive. 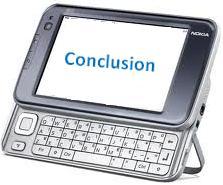 Over the past few paragraphs, I have described and explained the key elements of macro environment and have tried to show and relate it with the chosen company Nokia. Through my findings it is clear that although these external factors are beyond the control of a firm, each and every aspect is important in its own right and in fact, there is much interdependence between them e.g. health concerns of using mobile phones brought about to the public’s attention by consumerism forced the government to implement legislation that would curb mobile phone radiation levels. Concerning Nokia, technological environments and socio-cultural are the most important, for consumer expectations and attitudes and fashion/fads are forever changing. Also, the rate of technology advancement is phenomenal, hence the organisation has to change and anticipate surviving. 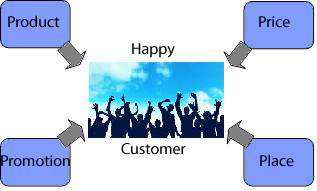 So the company has to collect data for the four P’s.

If we consider NOKIA, it has wide range of mobile phones and it is the major products of this organization. Nokia is familiar because of its slick and unique appearance which is very important in marketing. Their innovative service and user-friendly application are making a very big impact in the market. Till date Nokia has launched more than 50 mobile phones, with some advanced features and the expectations are more among customers. Nokia strategies are aiming at socio economic groups instead of other tactics. 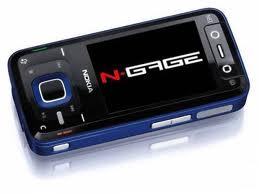 For example, Nokia N GAGE, is aimed at the teenagers (younger customer) with wide variety of games in it. Whereas, the Nokia N series which includes features like spreadsheet, word processor and it is especially for the professional workers i.e. socio-economic group A.

Second, it is very important to realize that the product of any organization is determinant and component of the marketing mix, because product has its impact on the marketing mix elements like pricing, distribution, advertising and selling. So the company has to follow proper policy so that it can practice for the other elements of marketing mix.

The socio economic groups have been determined by the price of the given product and also tell the product success in the market. The relationship between the price and the product has to be adjusted to achieve competitive advantage. 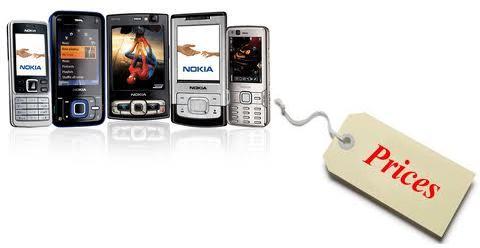 For example if we consider a product Nokia x6 when initially launched into the market, Nokia strategies utilized pricing in the form of psychological and skimming prices. The price of the phone at present is at £255.60 at all major stores and in internet.

So the final price of the product can be based on:

So before deciding the price of the product the strategies have to look on to the following: 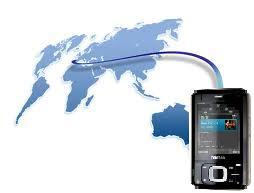 For Nokia the place which is feasible for significant turnover is Hong Kong. This is because the most powerful economic region is Asian pacific countries, with £14 trillion as gross figure. Since 1960, Nokia found that there is an increase of six times in its collective global percentage. Hence Nokia strategies are happy doing production in Asian pacific countries and it is best for Nokia because the customers are having power to purchase and the mobile communication market is a boom in south Asian region.

Nokia chose Hong Kong because more than 90% of the population is having mobile phones, this is the best example that Nokia strategies have followed. Every electronic shop in Hong Kong shows an extensive mixture of Nokia mobile phones on offer for the customers. Nokia place retail outlets for special customer care. This once again added advantage for the Nokia and brings customer to the door step.

Nokia strategies are following a very effective channel of distribution. Raw materials are transported from Europe to the industrial unit in Hong Kong. Then the raw materials are assembled and changed into finished goods. Then the phones are separated and based on the demand the mobile phones are sold to the retailers. This is a very efficient method since it saves the shipping cost from Europe.

Hence, place determines the reach of the product to the customers. It helps with the delivery of the product and also the location where customers anticipates buying. So the strategies have to follow:

Depending upon the above criteria the strategies has to determine the place to promote the product.

Promotion is major key when an organization launches a new product or when re-launching the old product. Promotion will attract the customer’s towards the product. We can promote a product using some of the following aspects:

These aspects will increase the awareness and hence product became familiar in the market which results in more sales. 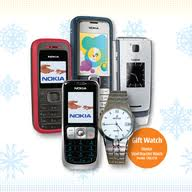 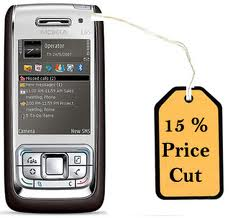 Hence, Nokia is a very successful mobile phone company by its good marketing strategy. It holds the top five positions in mobile communication market because of its unique products, reasonable price, and appropriate placements and with best promotion strategy.

Now a day’s telecommunication plays a vital role in marketing industry and it is giving never-ending opportunity. Nokia can keep its position by doing continuous research and development in market. Acquiring process can make Nokia stronger and it helps to remove competition. Nokia’s turn over can be increased if they concentrate on organic growth. Hence in all organization the strategies have to take marketing mix strategy into account to gain competitive advantage.