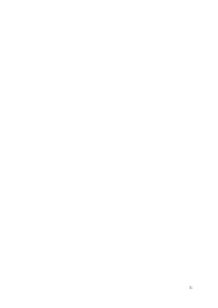 Business Proposal for a hotel in Lithuania.

﻿________________ Contents Concept 3 Country profile 3 Why to invest in Hotel in Birstonas 4 Market analysis 4 Political environment 4 Economic environment 5 Social and Cultural environment 6 Environmental analysis 7 Competitive analysis 8 Accommodation market 8 Competitive strategies 11 Conclusion 11 References 13 ________________ Concept The idea is to open the ?Accor Group? economy class 50 rooms hotel ?Ibis Styles? by franchise agreement. This chain has know - how experience and choosing them for business, economy class hotel will belong to an international network. Birstonas resort is popular for small price relaxation procedures, health tourism, and main visitors are local people or tourists from neighbour countries as Belarus, Russia, Poland and Germany, it is potential market for economy class hotel, which provides affordable accommodation for families and business people, breakfast room and Wi-Fi. Moreover, area is in Nemunas Loop Regional Park, new project will be a sustainable development as ?Accor Group? preserves planet?s resources by saving water and energy, recycling paper, cardboard and glass; taking care about environmental protection. Country profile One of the Baltic States countries, Lithuania is located in the Baltic Sea Region and occupies a territory of 65300 km2. The country shares borders with Latvia, Belarus, Poland, and the Kaliningrad Region of the Russian Federation. Furthermore, it is a member of EU, NATO and Schengen area and European Union recognised country as the prime transport centre in the region linking EU with East (Advantage Lithuania, 2010). According to Advantage Lithuania (2010), Lithuania can be called as North-eastern European country which combines Eastern European and Scandinavian features together with about 3.5 million people (Mintel, 2011). Lithuania is famous of ecological countryside with natural resources such as 22000 rivers and rivulets and 3000 lakes; well-developed rural tourism network and 96 km of sandy coastline. It attracts 2.2 million foreign tourists a year and the main tourists? flows arrive from neighbouring countries as Poland, Russia, Latvia and Belarus. ...read more.

On the other hand, Lithuania is able to provide high quality business services as country has well-educated, multilingual workforce and strong telecommunication infrastructure. Country?s transport infrastructure is based on 3 commercial airports; port in Klaipeda, and Railway. Kaunas International Airport is one of the biggest in the Baltic States, and as it was mentioned before, it handled 809 732 passengers during 2010 (Kaunas Airport, 2011). This Airport is presented as the fastest growing airport in Baltic States and there some forecasts, that it will handle up to one million passengers in 2011. There is one really good point, as country presents itself as low cost tourism destination, to reach this country from other Europe cities is possible by using low-cost airline Ryanair and the journey is approximately 2.5 hours flight from other Europe countries as Lithuania is in the centre of Europe. Moreover, Birstonas resort is only half an hour journey by car from Kaunas Airport. Railway transport in Lithuania provides long-distance passenger services and it has direct routes link Lithuania with Russia, Belarus, Latvia, Poland and Germany. As it was mentioned before, the main tourist flows are from these countries, so it is very useful to have highly developed rail network as it can attract more passengers to Lithuania. Talking about port of Klaipeda, it is important to mention that it is a regional transport hub connecting Lithuania and west. However, country is still not so popular destination between Scandinavian countries and it does not attract huge amount of travellers through this port. On the other hand, Birstonas Tourism Information Centre is trying to co-operate with Norway, Sweden and to promote this resort as weekend destination for relaxation and SPA procedures. Environmental analysis The concept of sustainable tourism is still new in the country. Lithuania does not have an Eco label for tourism as Estonia or Latvia does. But looking in the country from European context, it can be seen as Lithuania has retained its landscapes, cultural history because protected areas have been established. ...read more.

But good and potential idea according competitors? and environment analysis could be really successful and profitable. Birstonas is attractive health tourism destination, but suffers from a lack of affordable, budget or economy class accommodation, strong promotion in big Europe cities. These factors can be crucial for new concept and foreign tourists? flows. The report has shown that Lithuania is attractive for foreign investors, because of stable political situation and admirably handled crisis, moreover country is called as flexible and fast in decision making procedures because of the size and governmental decisions for new businesses. In the previous year country had attracted such international companies as ?Barclay? bank, ?Ryanair? to expand business, so it could be good example for ?Accor group? hotel chain to think about new business in resort Birstonas. As one of the main things for tourists is the location of accommodation and transportation facilities, Birstonas is attractive because it is located near the second largest city with airport which is known of cheap flights airlines Ryanair, also the main road it is international Via Baltica which is access to Russia, Belarus and Poland, besides country is reachable by water transport for Scandinavian countries. Talking about labour situation it is important to mention, that Lithuania is attractive as having highly educated, multilingual specialists which is essential tool for hospitality sector. As there is a gap in customer service quality and friendliness is not the strongest part of Lithuanians?, international hotel would improve these skills by providing Brand standards trainings for the staff. Economy class hotel could become strong leader in Birstonas hospitality sector because of well- known brand and high management level, moreover it could attract tourists from other Europe cities as Norway, United Kingdom, Spain and Italy also as neighbouring countries because of good quality accommodation for affordable price. The only brake for new business can become VAT increase to 21% as hotels are losing competitiveness level between other tourism destinations or other countries, but with international chain experience in revenue management, strong marketing strategies and cheap labour force, business can become successful and concept can be justified. ...read more.