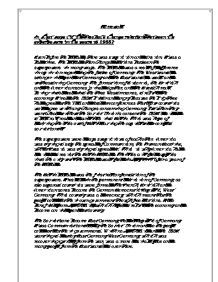 In what ways did the blockade change relations between the superpowers in the years to 1955?

Homework In what ways did the blockade change relations between the superpowers in the years to 1955? Even before the blockade, there was suspicion and tension. It was a bad time. The blockade then changed relations between the superpowers in many ways. The blockade was a result of difference in opinion regarding the future of Germany. The West wanted a stronger independent Germany and the East wanted a weak and unthreatening Germany. The formation of Bizonia, the British and the American zones joined together, and the Duetsch mark being introduced into the three Western zones, to rebuild the economy. It made the USSR bitter and angry because the big three had agreed at the Yalta and Potsdam conferences that all four countries would agree with any changes concerning Germany, but when they went ahead without the Soviet Union's consent the USSR decided to block rail, road and canal links into Berlin. ...read more.

The Soviet zone became East Germany, Federal Republic of Germany. It was Communist controlled by the Soviet Union and so the people could not elect their governments. With no Marshall aid and the USSR wanting to destroy East Germany West Germany, which was recovering quickly from the war, was a more desirable place and many people from the East wanted to over there. After the blockade it showed that the USA no longer trusted the USSR and vice versa. The USA no longer wanted to put up with communist tactics while the Soviets were tired of American tactics. It increased tensions between east and west dramatically. The Western Allies had taken a risk that the USSR would not shoot their planes down. If they had, a war may have started. This made the Western Allies realise that they needed a military alliance in Europe to protect them from the USSR. ...read more.

Now Germany would have the support of the other members of NATO and could be a huge threat. The Warsaw Pact was therefore set up, which was a military alliance for the Communist-controlled countries of Eastern Europe. It included Poland, East Germany, Czechoslovakia, and Hungary. The time when West was against East was known as the Cold War. Each side tried to become better than the other - rivalry. They wanted more and better nuclear weapons than each other and to be the first to develop new technology. After the Berlin Blockade Europe was not only divided into East and West, but it was also split by two different systems of government; each side wanted to prove that theirs was the best. This meant that throughout the 1940s and 1950s relations between Communism and democracy were always very strained. The Berlin Blockade made the Cold war heat up and showed their rivalry to the whole world. ...read more.