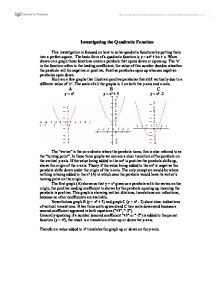 This investigation is focused on how to solve quadratic functions by putting them into a perfect square.  The basic form of a quadratic function is y = ax² + bx + c. When drawn on a graph these functions create a parabola that opens down or opens up. The ‘a’ in the function refers to the leading coefficient; the value of this number decides wheather the parabola will be negative or positive. Positive parabolas open up whereas negative parabolas open down.

Here are a few graphs that illustrate positive parabolas that shift vertically due to a different value of ‘c’. The scale of all the graphs is 1 on both the y-axis and x-axis. 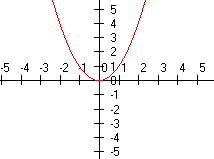 The graph shows the x value to be –3 whereas the value being added to x is +3.

Some of the rules that apply to all the forms discussed in this investigation also apply to other forms. To translate a linier function on the y-axis you add or subtract a value directly to x just like mentioned before. The slope will stay the same but the interception of the y-axis will be different as the value implied on x changes. 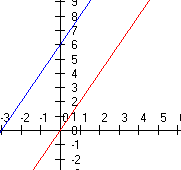 If x is raised to any even number the parabola will observe the exact same rules as x².