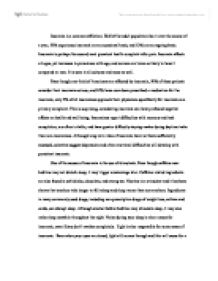 Insomnia its affects and its treatments.

Insomnia is a common affliction. Half of the adult population has it over the course of a year, 35% experience insomnia on an occasional basis, and 12% on an ongoing basis. Insomnia is perhaps the second most prevalent health complaint after pain. Insomnia affects all ages, yet increases in prevalence with age, and women are twice as likely to have it compared to men. It is seen in all cultures and races as well. Even though one-third of Americans are affected by insomnia, 50% of these patients consider their insomnia serious, and 10% have even been prescribed a medication for the insomnia, only 5% of all insomniacs approach their physicians specifically for insomnia as a primary complaint. This is surprising, considering insomnia can have profound negative effects on health and well being. Insomniacs report difficulties with memory and task completion, are often irritable, and have greater difficulty staying awake during daytime tasks than non-insomniacs. Although long-term risks of insomnia have not been sufficiently assessed, scientists suggest depression and other emotional difficulties will develop with persistent insomnia. One of the causes of insomnia is the use of stimulants. ...read more.

The most commonly utilized behavioral measures are relaxation training with EMG biofeedback training, and stimulus control therapy (asking patients to use the bed only for sleep and to not stay in bed trying to sleep for more than ten minutes at a time, then to go into another room and to return to bed only after feeling sleepy). Relief from the situation that provoked disturbed sleep or accommodation to it usually returns a person to his or her usual sleeping pattern. Chronic insomnia is the third and most serious type of the sleeping problems. This sleeping problem lasts for three weeks or longer with poor sleep every night, most nights, or some nights in a month. This is a complex disorder with many possible causes. In more than half of all cases of persistent insomnia the cause appears to be a physical illness, such as disorders of breathing or muscle activity. These figures were derived from a nationwide study of 8,000 patients and conducted by the Association of Sleep Disorders Center. This form of insomnia is a complex disorder with many possible causes and afflicts more than 35 million Americans. ...read more.

Also, it is likely that the increased stress and losses in the patient's life, often associated with aging, precipitated an episode of depression, leading to increased sleep disruption. There is a very close relationship between depression and insomnia. About half of chronic insomnia cases are attributable to a primary psychiatric disorder, usually depression or anxiety. The DSM-IV TR classification for insomnia defines it as a difficulty in initiating or maintaining sleep. A term that is employed ubiquitously to indicate any and all gradations and types of sleep loss. Insomnia may be associated with any of a number of mental disorders. The classification notes that the predominant complaint is difficulty initiating or maintaining sleep, or nonrestorative sleep, for at least 1 month. The sleep disturbance (or associated daytime fatigue) causes clinically significant distress or impairment in social, occupational, or other important areas of functioning. Also, the sleep disturbance does not occur exclusively during the course of Narcolepsy, Breathing-Related Sleep Disorder, Circadian Rhythm Sleep Disorder, or as Parasomnia. Insomnia also does not occur exclusively during the course of another mental disorder (e.g., Major Depressive Disorder, Generalized Anxiety Disorder, and Delirium). The DSM-IV TR doesn't attribute the disturbance to the direct physiological effects of a substance (e.g., a drug of abuse, a medication) or a general medical condition. ...read more.