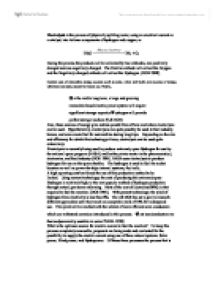 Electrolysis is the process of physically splitting water.

Electrolysis is the process of physically splitting water, using an electrical current as a catalyst, into its base components of hydrogen and oxygen, or

Current uses of renewable energy sources such as solar, wind, and hydro are sources of energy which are not easily stored for future use. That is,

Also, these sources of energy give endless possibilities of how and where electrolysis can be used.

A high operating cost has forced the use of this production method to be limited.  Using current technology, the cost of producing this extremely pure Hydrogen is relatively high, to the now popular method of hydrogen production through natural gas steam reforming.  Most of the cost of electricity (80%) is that required to fuel the reaction. (DOE 1995).  With present technology, the yield of hydrogen from electricity is less than 8%.  The US DOE has set a goal to research different approaches until they reach an acceptable yield of 10% for widespread use.  This yield will be reached with the advent of more efficient semi-conductors which can withstand corrosion introduced in this process.  揗ost semiconductors are thermodynamically unstable in water.?NREL 1999)

What is the optimum source for electric current to fuel the reaction?

Currently there are numerous studies as to the feasibility of photoelectrolysis.  Numerous institutions are investigating the possible materials that can lower the cost for the solar panels to be used in this process.

Wind Electrolysis. The source of electricity for this process is, quite simply, wind.  Wind will be harnessed through the use of windmills and power generators.

The windmills will power the generators that will then fuel the electrolysis process.  At this time there is study in Southern New York, which, in cooperation with Cornell University, is studying the feasibility of 揥ind-Hydrogen Power.?nbsp;