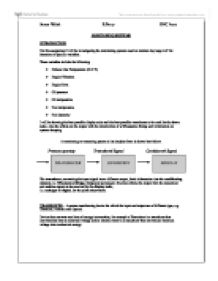 For this assignment I will be investigating the monitoring systems used on modern day large A/C for detection of specific variables.

These variables include the following:

I will be showing the best possible display units and the best possible transducers to be used for the above tasks. Also the effects on the output with the introduction of a Wheatstone Bridge and information on system damping.

A monitoring or measuring system in its simplest form is shown here below.

The transducer, converting the input signal into a different output, feeds information into the conditioning element, i.e. Wheatstone Bridge, Computer processor, this then affects the output from the transducer and enables signals to be received by the display units,

I.e. analogue or digital, for the pilots observation.

TRANSDUCER – A power transforming device for which the input and output are of different type, e.g. Electrical, Acoustic and Optical.

To monitor the temperature of the exhaust Gas the application of Thermo-electric Transducers are implemented. When 2 dissimilar metals or alloys are joined together at each end to form a thermocouple as shown below and the ends are at different temperatures, an electro – motive force (e.m.f) will be developed causing a current to flow around the circuit. The magnitude of the e.m.f. depends on the temperature difference between the 2 junctions and on the materials used.

A warning light on the instrument panel is incorporated in the system to warn the pilot if an unacceptable level of vibration is reached, enabling the engine to be shut down and so reduce the risk of damage.

The measurement of the quantity of fuel in the tanks of an aircraft fuel system is an essential requirement, and in conjunction with measurements of the rate at which the fuel flows to the engine.

For larger aircraft fuel levels are measured in terms of an electrical capacitance, which provides more accurate fuel gauging.

A float type fuel quantity indicating system can be used. The components of these are shown schematically below. The float may be a cork specially treated to prevent fuel absorption. This is attached to an arm pivoted to permit angular movement that is

transmitted to an electrical element consisting of both a wiper arm and potentiometer, or a Desynn type of transmitter. 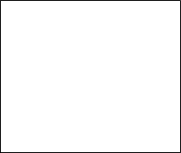 In it basic form, using capacitive transducers, a capacitance - type fuel - gauge system consists of a variable capacitor located in the fuel tank, an amplifier and an indicator. The complete circuit forms an electrical bridge that is continuously being rebalanced as a result of difference's between the capacitance's of the tank capacitor and a reference capacitor.

The fuel control and monitoring system for the Airbus A340-500/600 is the highest performance and most comprehensive system of its type today. The system provides CG and transfer control – burn sequence, lateral balance and CG management, automatic manual refuel defuel jettison control, fuel quantity measurement and indication to MIL-G-26988 Class III accuracy, and fuel temperature measurement and indication.

Two Capacitors are fully immersed in the fuel tank. Fuel does not act as an electrolyte this allows the two plates to store an electric charge.

To ensure that vibration, sudden movements or changes to the environment do not affect the performance of instruments they are all fitted with damping systems. In there simplest form these could be damper pads, which house components acting as a form of protection or absorber. With the implementation of accelerometers, damping can be further advanced.

Either mechanical or electro-mechanical, for measuring acceleration or deceleration – that is, the rate of increase or decrease in the velocity of a moving object.

The mechanical types have a spring-supported mass with a damper system, with indication of acceleration on a scale, which a light beam is reflected from a mirror on the mass. The electro-mechanical types use (1) a slide wire, (2) a strain gauge (3) variable inductance, or (4) a piezo-electric or similar device that produces electrically measurable effects of acceleration.

Accelerometers are used to measure the efficiency of the braking systems on road rail vehicles; those used in aircraft and spacecraft can determine accelerations in several directions simultaneously. There are also different types of accelerometers for different applications for example detecting vibrations in machinery and upon systems.

Navigation system that makes use of gyroscopes and accelerometers to monitor and measure movement of bodies. A computer calculates the position relative to its initial (starting) position using information supplied by sensors. Inertial navigation is used in aircraft, submarines, spacecraft and guiding of missiles.

The references used in this assignment were the following: