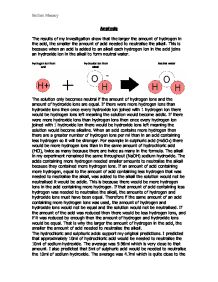 Analysis of Neutralisation of NaOH

This is a very good experiment analysis, a little repetitive, but the Science is sound, showing a good understanding. All the necessary elements are present to award a high grade.