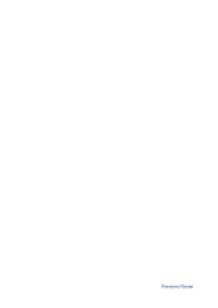 Controlled Assesment Experiment - The extension of a rubber band depends on the force applied.

The extension of a rubber band depends on the force applied.

Force is defined as a push or pull that changes an object's state of motion or causes the object to deform (change the natural form). Newton defined a force as anything that caused an object to accelerate -F = ma, where F is force, m is mass and a is represented as acceleration. Friction is the resistance between two surfaces that are in contact with each other.

A force acting on an object may cause the object to change direction, to change shape, to start moving, to stop moving, to accelerate or decelerate.

The familiar force of gravity pulls you down into your seat, towa rd the Earth's Center. It feels like your weight. Without these fundamental forces, human and all the other matter in the world would fall apart and float away.

* The extension of an elastic object is directly proportional to the force applied, provided that

the limit of proportionality is not exceeded :

k is the spring constant in newton per metre (N/m).

e is the extension in metre (m).

Mass and weight are different in physics. For example, mass doesn't change when you go to the Moon, but your weight does. Mass shows the quantity, and weight shows the size of gravity.

If you know your mass, you can easily find your weight because

* g is the acceleration of gravity in m/s2

Momentum measures the 'motion content' of an object, and is based on the object's mass and velocity. Momentum doubles, for example, when velocity doubles. Similarly, if two objects are moving with the same velocity, one with twice the mass of the other also has twice the momentum.

Force, on the other hand, is the push or pull that is applied to an object to CHANGE its momentum. Newton's second law of motion defines force as the mass times ACCELERATION.

1. I will suspend a rubber band from a cup hook screwed into the top of a doorway.

2.  A metal ring that can be opened/closed will now be attached to the suspended band,

3. I will hang a bucket beneath, so that I can add weight.

4. Now I will measure the extension of the rubber band without any weight

5. I will now a 2p coins to the bucket, to see how the weight can affect the extension, I will allow the elastic band to stretch and stay in position for 60 seconds before taking a reading, with my ruler

7. I will keep adding weights and taking note of the extension until the rubber band exceeds the elastic limit.

8. I'm repeating the test two times, to get an average.

This experiment does not carry many hazards. Bags and coats will be moved out of the way to ensure that no one will trip over them. Whilst loading the elastic band care will be taken to make sure that the elastic band is loading carefully to try and ensure it does not snap. However I will be wearing safety glasses to prevent injuries to my eyes if the band does snap

Dependant: Length that the elastic extends or retracts.

Controlled: Same conditions – thus the behaviour of the elastic is constant and Temperature of the rubber band