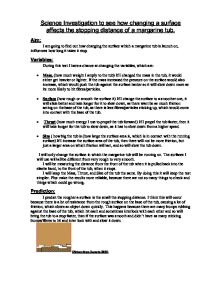 Find out how changing the surface which a margarine tub is launch on, influences how long it takes it stop.

Science Investigation to see how changing a surface affects the stopping distance of a margarine tub.

I am going to find out how changing the surface which a margarine tub is launch on, influences how long it takes it stop.

During this test I have a chance at changing the variables, which are:

We will measure the distance it took the tub to stop in Centimetres, and measure from the front of the stool to the back edge of the tub. This will help keep the test fair, as we will not be measuring to different places for each launch.  To make the thrust given to the tub each time, is the same, I will use a Newton meter, and pull the elastic band back 10N.

The experiment isn’t that dangerous, but we will make sure that no one is standing in the firing line of the tub, so not to hit anyone.

The test was a success as I got good results, which proved my prediction correct. We had no problems recording the data in my table or inputting it on to a graph. The equipment I used was reliable and all help keep the test fare and make the measurement accurate. The results were accurate, because we repeated the experiment so to make sure the test went right and something hadn’t gone wrong, like the tub taking off as the elastic band launched it, as this would of made the distance much further as the tub would of covered ground without the surface affecting it.

The only result which I wasn’t to worried about was the sandpaper, as I thought it would have had a shorter stopping distance, but I was reassured after I tested it again, and the distance was about the same. I had enough results to show ‘how changing the surface will affect the stopping distance of a margarine tub ’As I could prove my prediction right. If I repeated the experiment again, I wouldn’t need to change anything, apart from using more surfaces. But it would have been easier to use something else to measure the tension of the elastic band, as unhooking the Newton meter was difficult with out moving the elastic band. 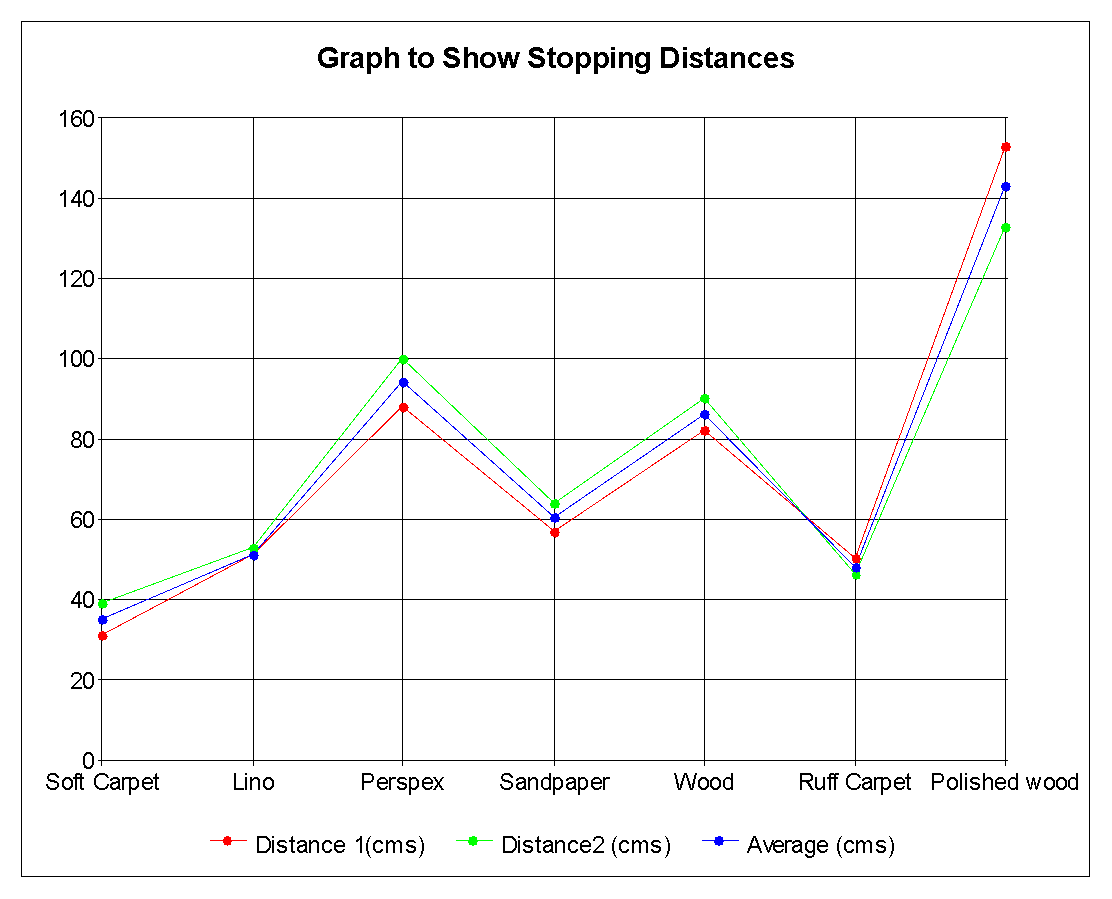