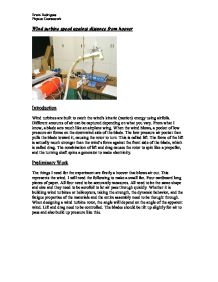 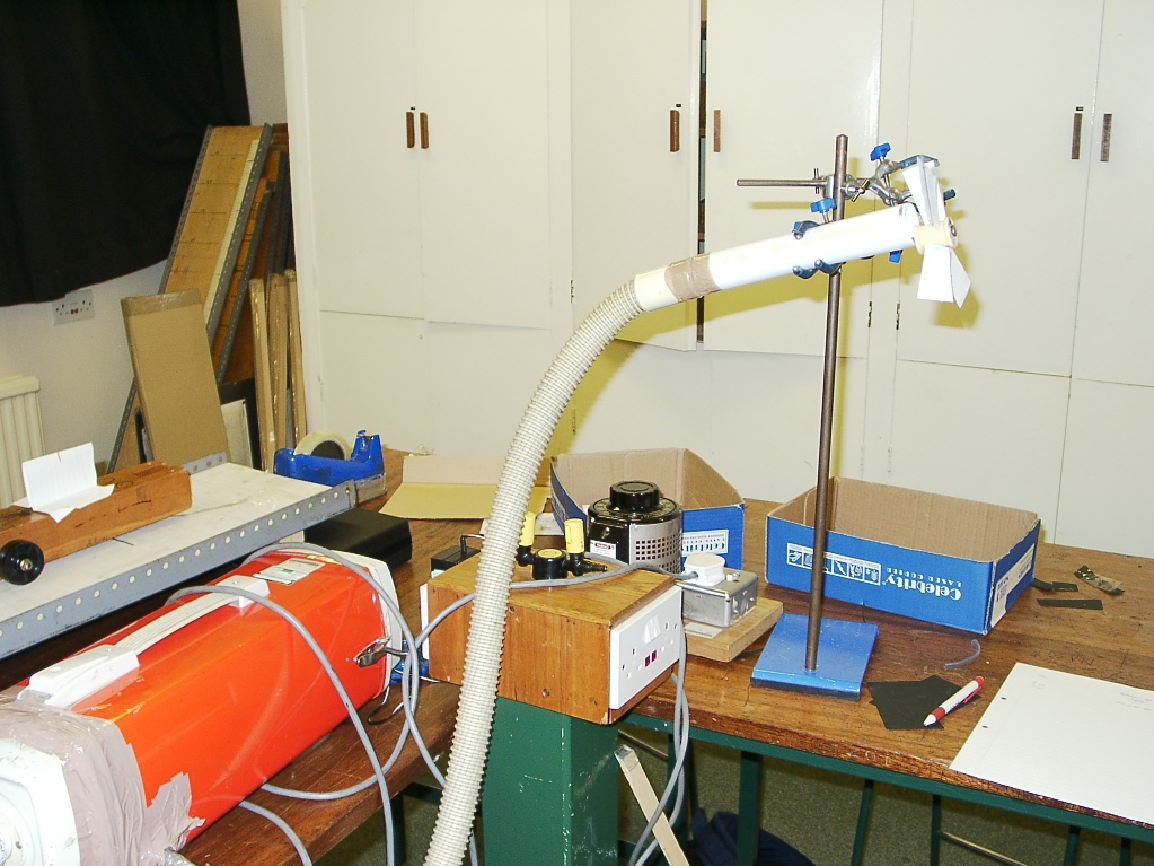 Wind turbines are built to catch the wind's kinetic (motion) energy using airfoils. Different amounts of air can be captured depending on what you vary. From what I know, a blade acts much like an airplane wing. When the wind blows, a pocket of low pressure air forms on the downwind side of the blade. The low-pressure air pocket then pulls the blade toward it, causing the rotor to turn. This is called lift. The force of the lift is actually much stronger than the wind's force against the front side of the blade, which is called drag. The combination of lift and drag causes the rotor to spin like a propeller, and the turning shaft spins a generator to make electricity.

The things I need for the experiment are firstly a hoover that blows air out. This represents the wind. I will need the following to make a small fan. Four cardboard long pieces of paper. All four need to be accurately measures. All need to be the same shape and size and they need to be aerofoil to let air pass through quickly. Whether it is building wind turbines or helicopters, taking the strength, the dynamic behavior, and the fatigue properties of the materials and the entire assembly need to be thought through.

When designing a wind turbine rotor, the angle will depend on the angle of the apparent wind. Lift and drag need to be controlled.

The first thing to do was to hold the fan in one position. All measurement has to be exactly 15 cm away from the hoover otherwise the experiment would be unfair. I will next measure each turbine then let it rotate 30 times. I repeated this except I cut 1 mm of each turbine again and again and recorded the results for each mm cut. They should be fixed in the same position as the previous one otherwise its no fair. In the beginning, the turbines were 8mm. I cut them down each mm so went down, 8mm, 7mm, 6mm, etc.

I tested to see whether the fan would rotate faster if I moved it near or far away from the hoover. I measure it from every 2cm. I recorded how long it took to go through 30 cycles. 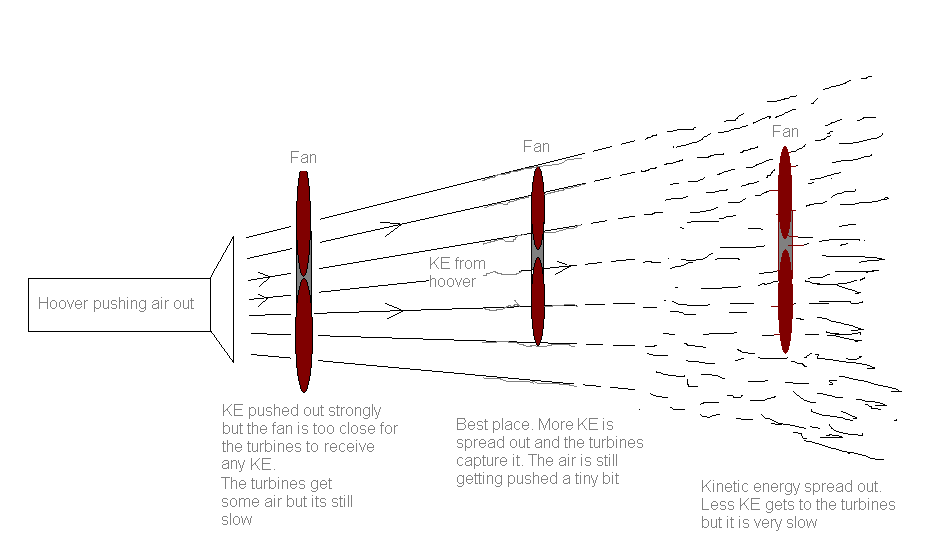 The results that I got may be inaccurate. This is because I had to rely on the naked eye to tell me how many times a black dot went round. Also, the turbines should be correctly fixed and positioned in the same place. I had to take the turbines off to cut a millimeter of and then put them back on. I had to measure with a ruler, the distance between the fan and the hoover. The distance may have been a little bigger or shorter than normal which won’t affect the results terribly but will affect them in some way.

Looking at the graph of distance between fan & hoover against speed all the number was going down until the 8 mm measurement one. It was going 66, 60 and then 62. The 62 second one might have been affected by my lack of counting.

To improve the reliability of the results: