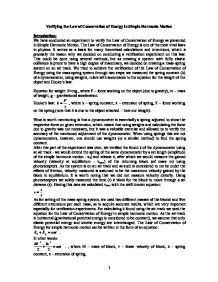 Verifying the Law of Conservation of Energy in Simple Harmonic Motion

We have conducted an experiment to verify the Law of Conservation of Energy as presented in Simple Harmonic Motion. The Law of Conservation of Energy is one of the most vital laws in physics. It serves as a basis for many theoretical calculations and inventions, which is precisely the reason why we decided on conducting a verification experiment on this law. This could be done using several methods, but as creating a system with fully elastic collisions is prone to have a high degree of inaccuracy, we decided on creating a mass-spring system on an air track. We tried to achieve the verification of the Law of Conservation of Energy using the mass-spring system through two steps: we measured the spring constant (k) of a dynamometer, using weights, rulers with accordance to the equation for the weight of the object and Hooke’s law:

Equation for weight: F=mg , where F – force working on the object (due to gravity), m – mass of weight, g – gravitational acceleration. 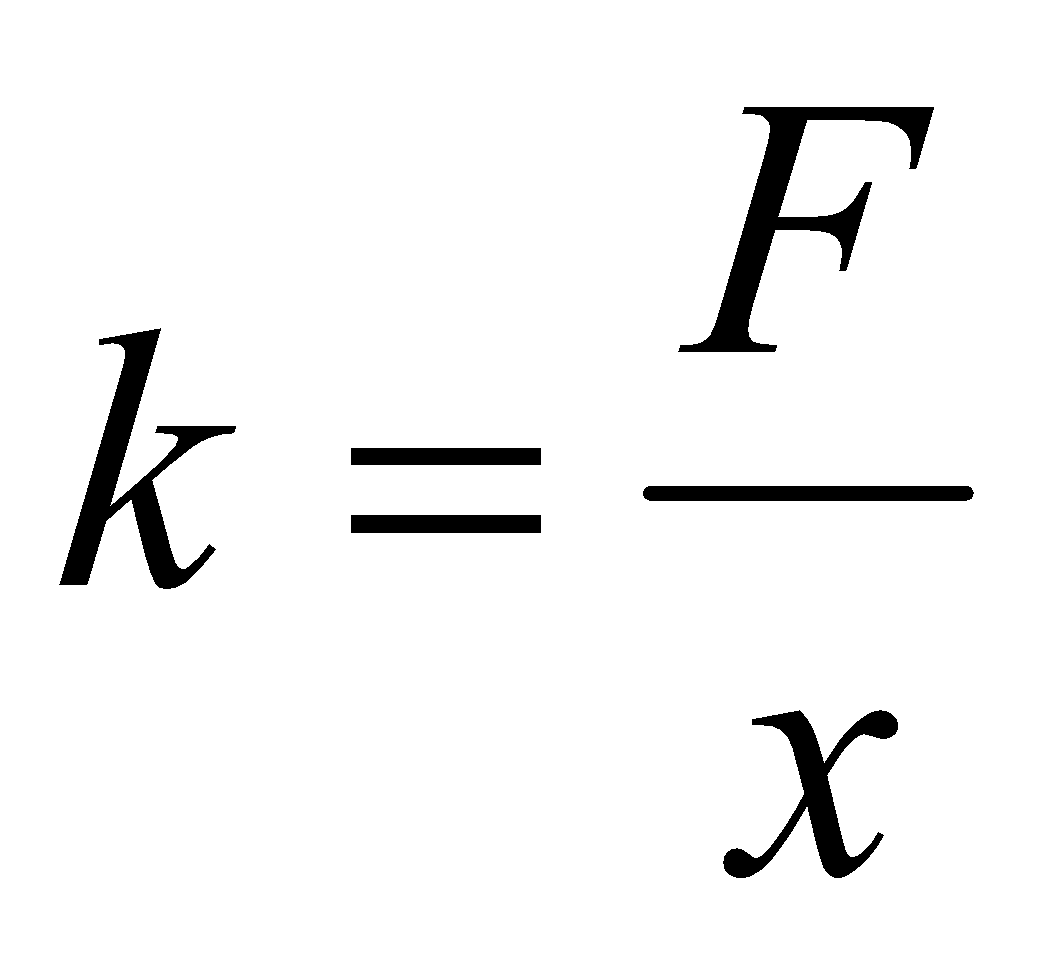 , where k – spring constant, x – extension of spring, F – force working on the spring (note that it is due to the object attached – here our weight).

What is worth mentioning is that a

Fig. 2 shows the appearance of an air-track. At point A, we attached the dynamometer in horizontal position. We took great care, so that it was positioned in one line with the rest of the air-track. Using a string with negligible weight, we then connected the dynamometer to the block used with the air-track. We adjusted the length of the string (keeping the dynamometer spring in equilibrium position), so that the block was in point B, where we both had room to extend the spring and room for the spring to return to equilibrium before passing through the photoreceptors (which were at point C). This is important as there can be no forces working on the block once it reaches the photoreceptors – the velocity with which it passes must be the maximum velocity. Once this was set, we manually pulled the block so as to extend the spring by a set length (till point D), measured the extension using a ruler (or the scale of the dynamometer when possible) and released the block. The string would contract itself when the block was released, allowing the block to move in the direction of the spring without hindrance. At point C the block would pass the photoreceptors. As the block used with the air-track

Though the results may be unsatisfactory, they do show that, in fact, our method wields potential and that, ultimately, the Law of Conservation of Energy does seem to work in a mass-spring system and, if used correctly, may pose very beneficial in industry, which, in fact, it does, as the Law of Conservation of Energy is one of the basic rules behind most machines. Furthermore, our experiment shows that the air-track carries some strong uncertainty with it. In conclusion, this experiment was a moderate success.