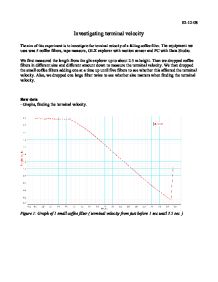 The aim of this experiment is to investigate the terminal velocity of a falling coffee filter. The equipment we uses was 5 coffee filters, tape measure, GLX explorer with motion sensor and PC with Data Studio. 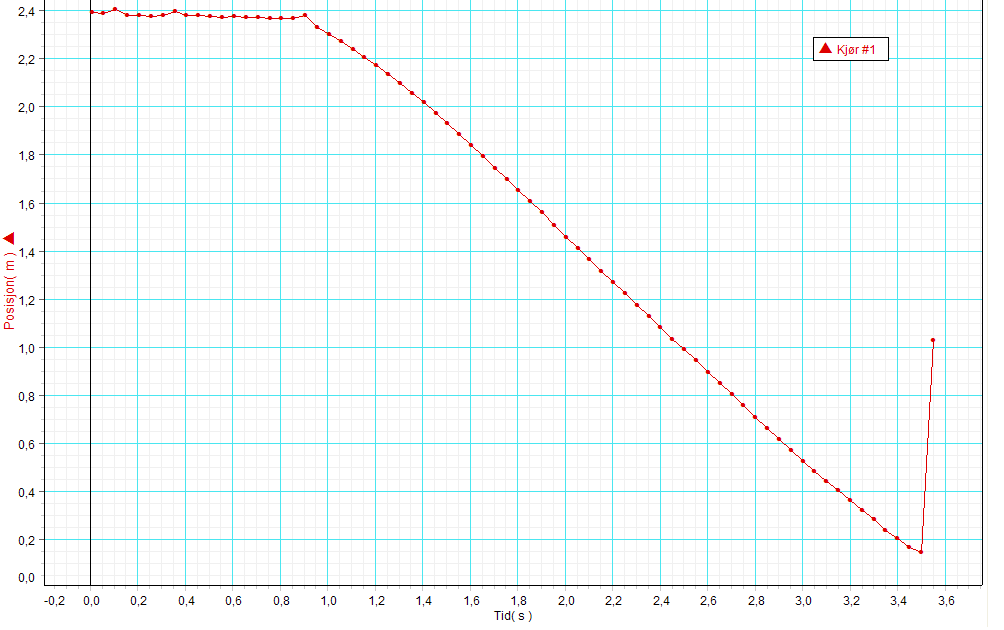 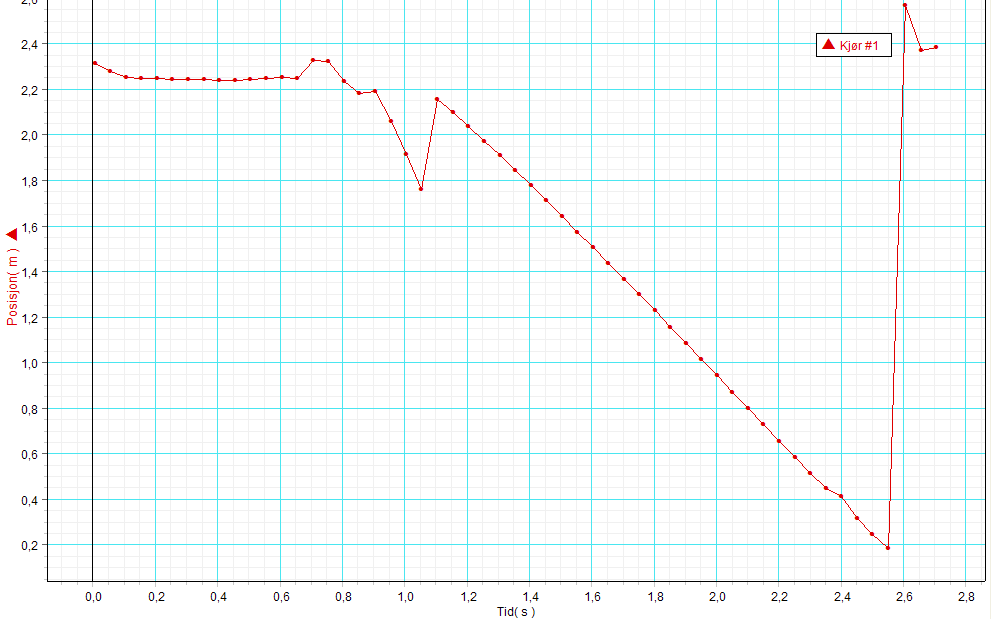 Figure 2: Graph of 2 small coffee filters ( terminal velocity from just before 1 sec until about 2.5 sec. 1.1 sec at the graph is wrong, it could have occur if the beam missed at the coffee filter and hit something else. Upthrust will be physical impossible under the fixed circumstances we had ) 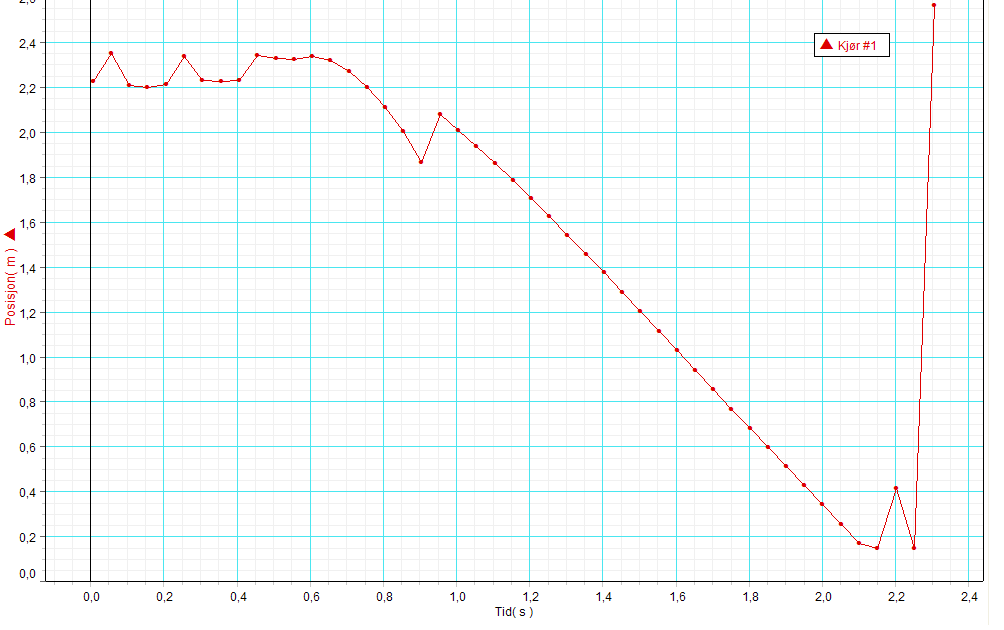 Figure 3: Graph of 3 small coffee filters ( terminal velocity from just after 0.6 sec until 2.1 sec. Same problem as the graph above. At 0.9 sec the beam might have hit something else.  ) 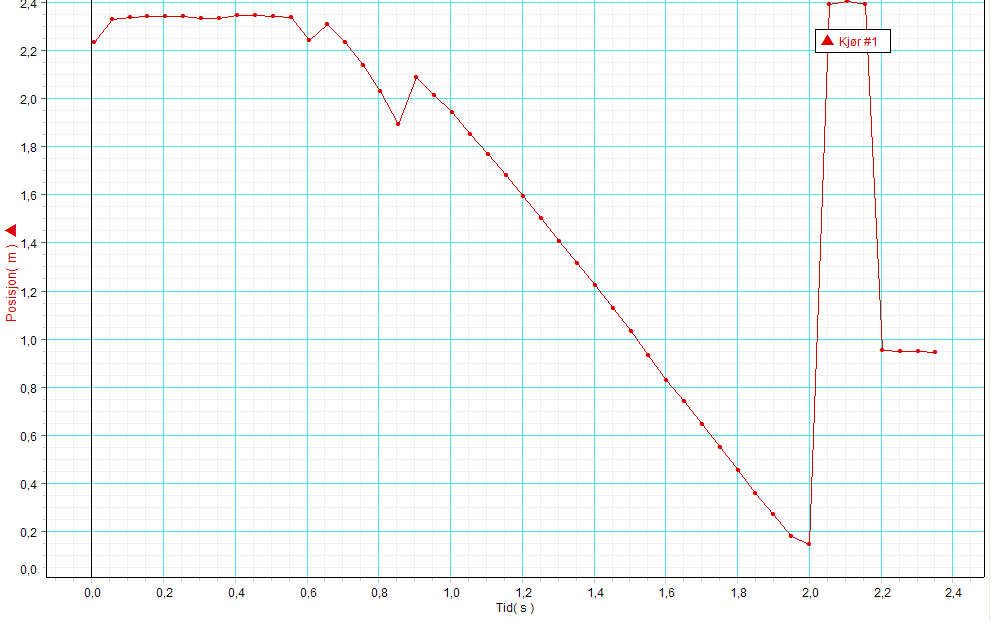 Figure 4:Graph of 4 small coffee filters ( terminal velocity from just after 0.6 sec until 2 sec. Same error as the graphs before, now at about 0.62 sec  ) 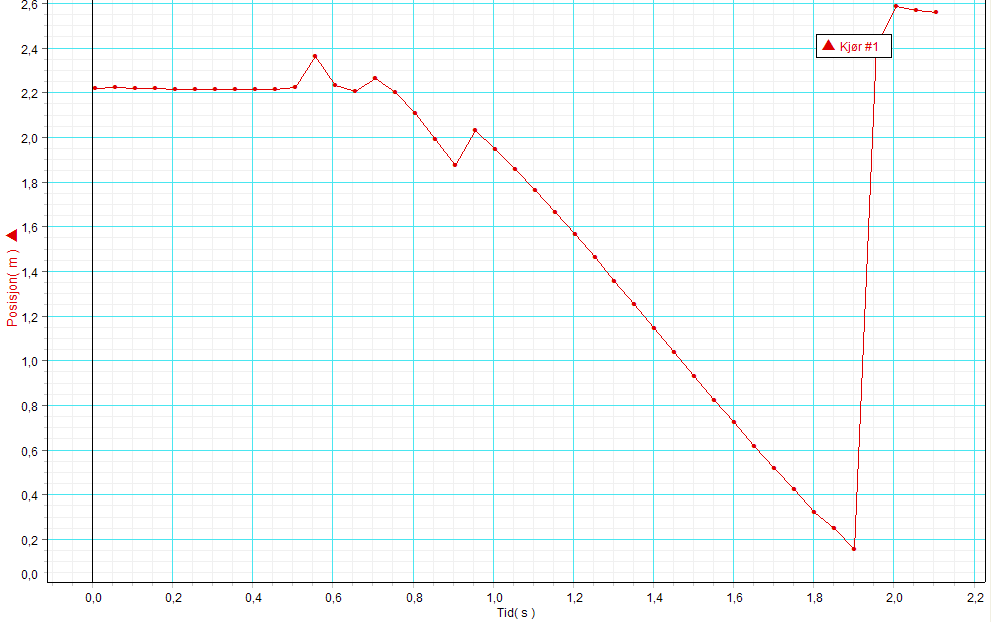 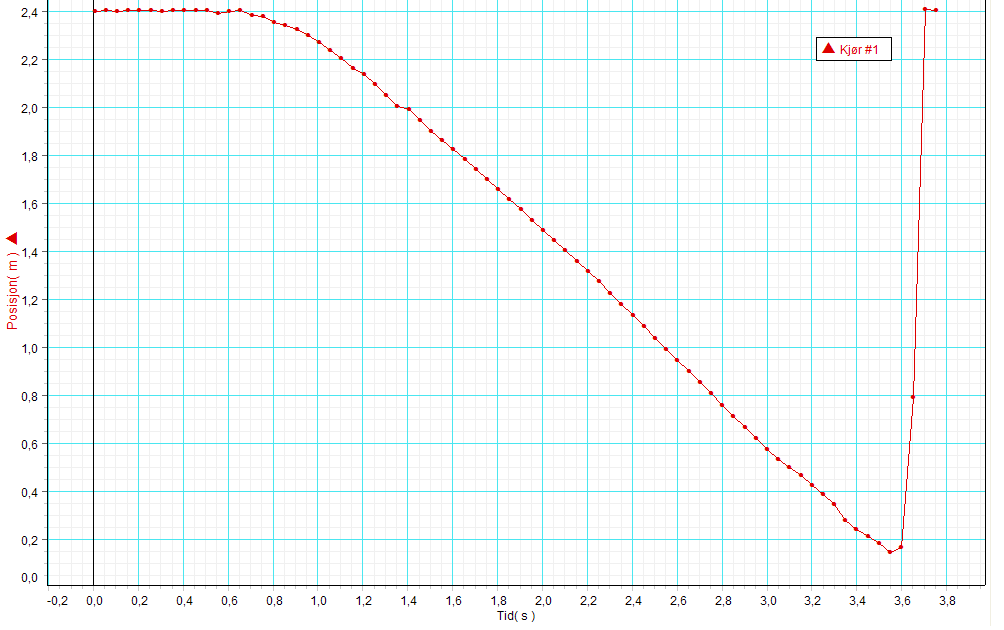 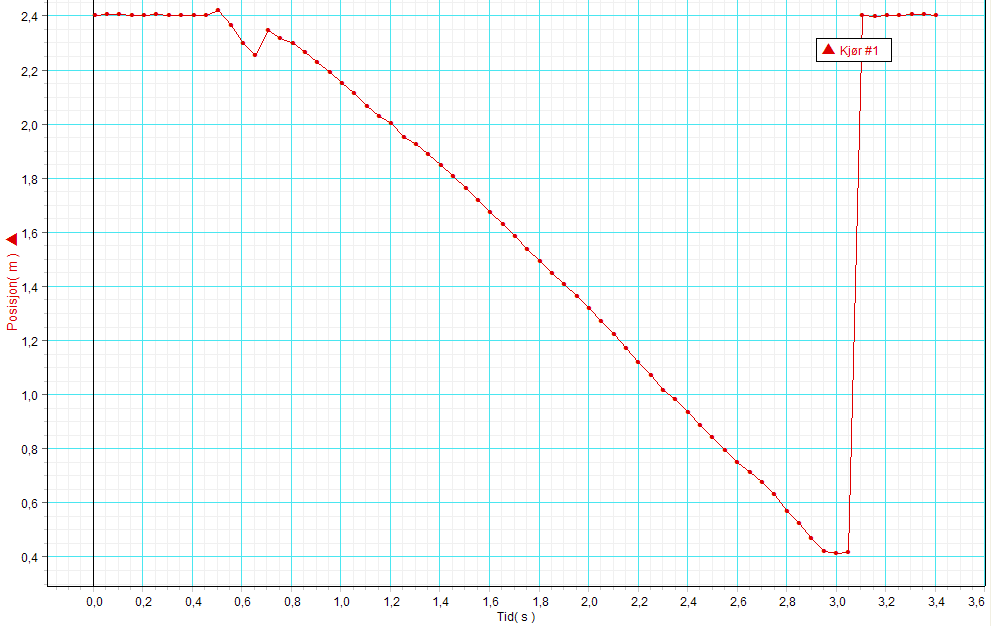 Figure 7: Graph of 1 large coffee filter, 2nd run ( terminal velocity from just before 0.6 sec until just before 3 sec. Same error as some of the first graphs, now at about 0.62 sec  )

To calculate the terminal velocity we use the formula:

Putting the observed numbers into the equation above, we get that

We have quite a few uncertainties to take into consideration when doing this report. Although, we will just be mentioning them, not actually utilizing them.

First the lack of equipment we used. We should have used some sort of device that kept the coffee filter exact above the motion sensor. As explained  under the graphs, the filter sometimes was not above the beam. This made some uncertainties. We adjusted the motion sensor to a wide beam, thus making it less accurate than f we had used a smaller one, but due to lack of equipment. We was not capable to make this as accurate as we wanted it. At last it was quite difficult to read off the graph values accurately. The beam width, coffee filter when it fell etc.

Well, as you can read out of the table our two runs were quite accurate. Both times we got 0.88 ms1..

It was not any huge weaknesses in this experiment. The biggest must be that the coffee filters did not fall straight down, but rather wave through the air  from side to side. Another weakness was that the coffee filter lost its shape during the experiment. This might have effected the results.
We can solve the first problem if we had use ha cylinder that could have guided the filter to be exactly above the beam. Than we also could have used a beam with lower width. This would have given us a more precise measurements and the graphs would have been more accurate. The last problem could we have fixed using new filters after each measurements or using harder material. But also, this will have an effect on the velocity.