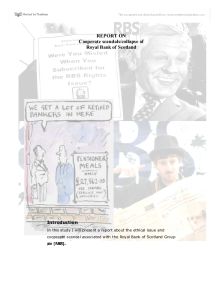 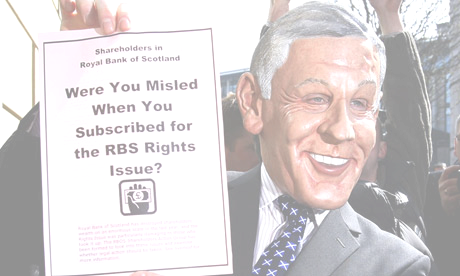 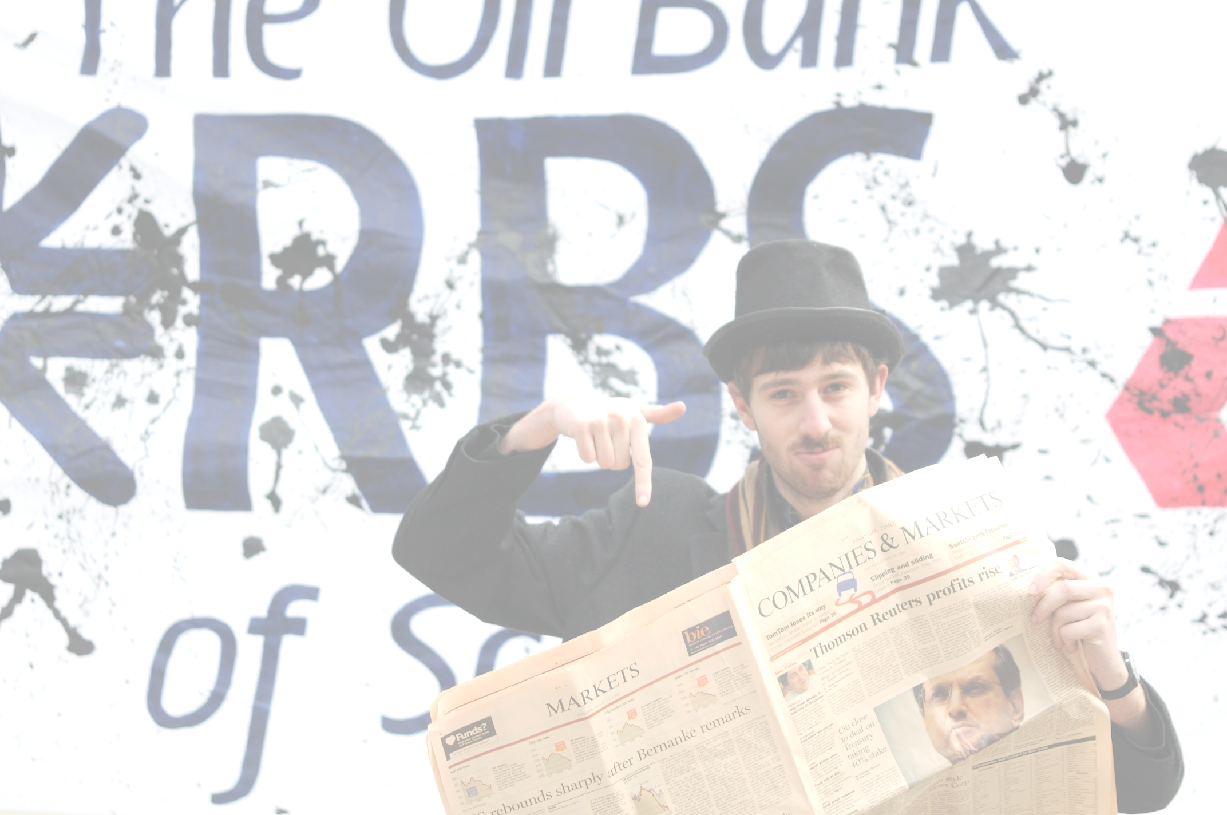 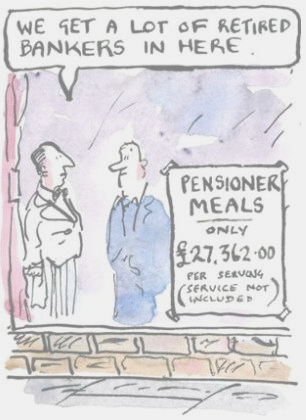 In this study I will present a report about the ethical issue and cooperate scandal associated with the Royal Bank of Scotland Group plc (RBS).

As a group, we will be discussing about the Cooperate scandal associated with the chief executive (Frederick Anderson Goodwin) at RBS, based on the research and the conclusion they had for it.

Royal bank of Scotland Group plc (RBS) was found in 1727 which is a British owned bank and insurance holding company, where 73% of the controlling share is owned by the government of United Kingdom. The Royal Bank of Scotland is based in Edinburgh, Scotland, and is the world's largest company by assets of £ 2.40 trillion in 2008, also they have more than 170,000 employees and over 40 million customers around the world; over half of these customers (25 million) are in the United Kingdom. (http://www.rbs.com/about-rbs/g1/what-we-do.ashx).

A corporate scandal involves accusations of unethical behaviour by people acting within or on behalf of a corporation. Corporate scandals can be directly linked to the business ethics, some business ethics involved in banking can be misleading financial accounts, frauds, scams, manipulation of the financial markets, excessive payments made to top managements and Chief Executive Officer’s.  Business ethics are a system of moral principles applied in the commercial world. Business ethics provide guidelines for acceptable behaviour by organisations in both their strategy formulations and day to day operations. Corporate governance is a way in which a company firm safeguards the interests of its financers. It is also used for a framework of rules and practices by which a board of director ensure responsibility, fairness, simplicity in the firm’s relationship with its stakeholders. (www.businessdictionary.com/definition/corporate-governance.html)

Although we found out through research that many ethical issues could be classed as a corporate scandal, we decided it was linked to the case of Sir Frederick Anderson Goodwin and the responsibilities he held for the loss and the political media criticism it caused when his pension was made public. Another ethical issue which is part of this report is executive compensation. This issue involves the financial compensation that an executive in the organization receives. Executive compensation has increased dramatically over the years beyond the average workers wage. This issue is an important element of corporate governance and is frequently decided by the company’s board of directors. Sir Fred’s Pension was an issue that was raised because of how high it was.

Sir Fred Goodwin qualified as a chartered accountant in 1983. His first job role at Royal Bank of Scotland in 1998 was deputy Chief Executive Officer to the then-chairman Sir George Mathewson. After impressing investors with his attentiveness and ability Sir Fred was promoted to Chief Executive in January 2001. The role of a Chief Executive Officer is to apply the strategic goals and objectives of the company and to give direct leadership. Sir Fred has been nicknamed “Fred the Shred” for his ruthless generation of cost savings and efficiencies and his last job. (Wikipedia)

After working for The Royal Bank of Scotland for 10 years he stood down from the job in 2009. Sir Fred also presided for Royal Bank of Scotland between 2000 and 2008. Sir Fred officially handed in his resignation a month after the Royal Bank of Scotland announced that their total annual loss for 2008 was £24.1billion. The loss of £24.1billion is said to be the biggest UK loss in corporate history. This appears to be directly linked to the purchase of ABN AMRO. ABN AMRO is a holding company with subsidiaries which perform commercial banking operations, investment banking and other related financial activities. ABN AMRO had invested in risky assets, mainly subprime mortgages. These are mortgages whose borrowers have poor credit history or even non existence credit history. Not surprisingly the borrowers defaulted on their payments. The credit market write downs were at a staggering £5.1 billion. This contributed to a huge part of the £24.1billion loss. Sir Fred was at fault for the loss as it was his decision to invest in ABN AMRO, knowing how risky the company runs. (www.abnamro.com)

Attempt to recover the losses

In an attempt to recover some of the losses the decision was made, with the approval of a majority of shareholders, to sell shares under the rights issue. The rights issue is a secondary market offering so that a company can release new shares creating new capital. Shares are offered to existing shareholders only and in proportion to how many shares they currently have invested. The rights issue is used by companies on a high gearing to strengthen their financial position. However this procedure can be a bad sign as it indicates a company that could be running at a loss and therefore reducing any potential for future profits. The decision was made to release 5.8billion new shares at 200p each. This appears to have been unsuccessful for the company. This is an ethical issue for the company as it is seen as misleading financial analysis. When financial analysis is used to misrepresent the company, its situation or its prospects, it is classes as misleading. This deception is used to sometimes obtain money by misdirecting people in investing into the organization.

After the loss and Sir Fred Goodwin’s departure from the company, Royal Bank of Scotland announced 9000 job cuts in attempt to save the business from being forced in to nationalisation. In October 2008 the government injected £20billion in to the Royal bank of Scotland and now own 73% of the business with the remaining 27% owned by shareholders.

Wrong decisions by the chief executive of royal bank of Scotland

The near collapse of the Royal bank of Scotland is associated with the strategy Sir Fred used; this was the strategy of rapid expansion, mainly through acquisition. This strategy involved the takeover of ABN Amro for overpaying between 15 billion and 20 billion to take over the ABN Amro he also did spent £20 million of the bank’s money sponsoring the Williams F1 team, this was happened after the RBS announced in February it will not renew the agreement with the team when its current contract runs out in 2010. He did this purely for his self interest and not for banks beneficial.

Sir Fred’s pension caused political and media criticism after it was announced that his pension had an annual pay out of £703,000.  Sir Fred even experienced a personal attack to his home and Mercedes, fortunately no one was hurt. The reason why it caused media criticism is that the public believe they work hard and pay their taxes, just for their money to be paid in to Sir Fred’s ridiculously large pension. Executive compensation is an ethic associated with accounting and finance, this concerns excessive payments paid to the corporate chief executives and top management. This shows why the company and the public found it morally wrong for Sir Fred’s large pay out after being associated with such a huge loss. Lord Myners, the treasury minister has allegedly indicated to the royal bank of Scotland that there should be “no reward for failure”.