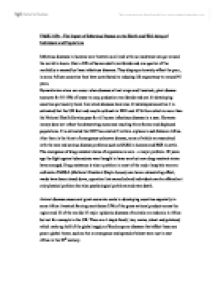 Infectious diseases in humans now threaten us all and with our assistance can go around the world in hours. Over a fifth of human death worldwide and one quarter of the morbidity is caused by these infectious diseases. They disproportionately affect the poor, in some African countries they have contributed to reducing life expectancy to around 40 years.

Humanitarian arises can occur when diseases attract crops and livestock, plant disease accounts for 10-15% of losses to crop production worldwide and can hit developing countries particularly hard. Live stock diseases have also hit developed countries it is estimated that the UK foot and mouth outbreak in 2001 cost £7 billion which is more than the National Health Service pays for all human infectious diseases in a year. However money does not reflect the devastating outcomes resulting from famine and displaced populations. It is estimated that HIV has created 3 million orphans in sub-Saharan Africa. Also there is the threat of emergency unknown disease, some of which are associated with the new and serious disease problems such as SARS in humans and BSE in cattle. The emergence of drug-resistant stains of organisms is now – a major problem. 20 years ago the fight against tuberculosis was thought to have won but now drug-resistant stains have emerged. Drug resistance is also a problem in most of the major hospitals were an outbreak of MRSA (Metherall Resistant Staph Aurues) can have a devastating effect, wards have been closed down, operation lists cancelled and individuals can be offered not only physical problem but also psychological problems and even death.

Animal diseases cause cost great economic costs to developing countries especially in some Africa livestock farming contributes 25% of the gross national product across the region and 12 of the worlds 15 major epidemic diseases of animals are endemic in Africa but not for example in the UK. There are 4 staple food ( rice, maize, wheat and potatoes) which make up half of the global supply of food crops so diseases that affect these can pose a global threat, such as the re-emergence and spread of wheat stem rust in east Africa in the 20th century.

The table bellow gives some examples of the impact of diseases on humans, animals and plants.

World leaders set out eight Millennium Development goals to be achieved by 2015. Infectious diseases affect four of these goals and for these progresses have not been good in Africa, the situation has either remained unchanged or has been deteriorated and across the world many of the individual targets are not on course to be met. The table below sets out the goals and there progress; 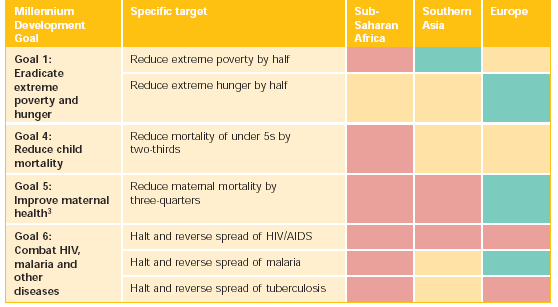 This creates uncertainty about the future; however we should expect many of today’s major human and animal infectious diseases to continue in importance I don’t know now id HIV has peaked it could be decades before this is unknown. The great majority of emergency and re-emergency human infectious diseases have originated from animal sources so this trend is likely to continue particularly in wild animals due to incursions into natural habitats and the trade in meat and exotic animals for food and pets.

HIV, Tuberculosis and Malaria are thought to continue to pose a major public health burden particularly in developing countries were it may become more difficult to control. Currently as stated previously tuberculosis is a re-emergency problem driving by HIV epidemic and drug resistance. Influenza will continue to be a threat and new diseases will emerge, currently 2 new human pathogens are identified every year and most have their organs in animal reservoirs. For livestock in the UK endemic disease such as bovine tuberculosis will remain a threat as are new disease yet to be controlled such as porcine respiratory and reproductive syndrome. There is also the concern that the major livestock plagues in Africa may be introduced to other countries in the future. This has been in the news in UK with the discovery of the Avian Flu Virus (HSNI stain) in birds crossing from Hungary to England. There is evidence that new plant diseases are entering countries at a growing rate. In the past century in Europe the number of new plant diseases has increased however this growth has not been seen in Africa this maybe because this is still to happen or more concerning because the capacity to detect and diagnose new diseases has declined in the last century. There is also the emergence of new and virulent plant disease anesing from local nuxing of evolution of strains such as cassava mosaic disease in east Africa.

The experts in the governments paper “Infectious Diseases Preparing for the Future” have identified 8 eight classes of disease which they think will be unimportant over the next 10-25 years. 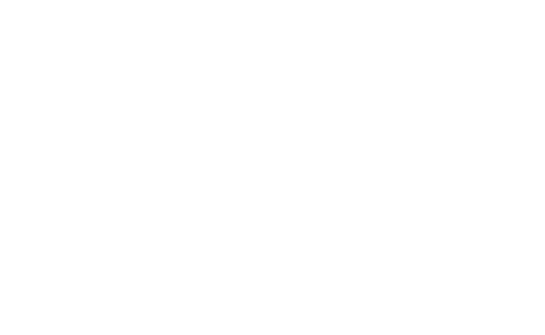 However no one known what may emerge in the future HIV and BSE took the experts by surprise; major new disease will affect developed countries in different ways. In developing countries these could spread unchecked due to each of basic resources to manage even existing disease. Also when disease affects crops and livestock their inability to deal with the disease could severely effect their economic development and trade. In development countries there is the danger that a major epidemic could comprise essential services and business.

Factors that influence the risk of spread are not carly the virulence of the disease and its ease of transmission but also how the disease interacts with patterns behaviour and movements of people but few we manage our livestock and crops. There are several socio-economic effects which are found to be consistently important for the UK and Africa. Increasing travel, migration and trade can promote the spread of existing disease to new populations but can also help the emergence of new disease by bringing different populations into contact with each other. Increasing levels of tourism to remote areas and the growing importation of alien plants for garden and exotic animals as pets, consumption of novel foods such as bushmeat are all facilitating the introduction of new diseases from wild species. The increase use of drugs to help disease can also lead to the reaction of drug resistant organisms from the use of adultered drugs, failure to complete courses of treatment and inaccurate diagnoses.

In Africa many more factors have an effect on disease risk than in the UK such as poverty, conflicts, systems of government changing patterns of band use (urbanisation) shifting agricultural practices towards intensification and the lack of capacity.

It is difficult to predict what will happen in the future as many of these factors interact in complex ways such as the worldwide drug trafficking, sex tourism and the trade in bushmeat in Africans effect on the spread of HIV/AIDS epidemic.

Climate change is also likely to have an impact on diseases that are vector-borne. In the UK climate change could make the climate slightly more favourable for diseases such as malaria. However in Africa the effects may be greater as climate change is expected to alter geographical ranges of some diseases.

The UK is at the edge of a June of increased risk of bluetongue virus which affects sheep and cattle and has spread through southern Europe because of recent climate warming in the region. Plants will also be at greater risk of vector borne disease as mild winters and warm springs favour the survival and early development of aphid vectors of numerous pathogens; however this might be helped if there are very hot, dry summers if the vectors are water-sensitive e.g. the liver fluke (pascioliasis). One of the ways insects and the diseases they carry can be spread is by storing away on boats and less frequently aeroplanes, the frequency of successful introduction may increase in the short term with climate change. In Africa were there is greater moisture stress rising temperatures will be important but less so than the changes rainfall patterns and the frequency of draughts. Climate change in Africa is expected to alter the distribution of diseases such as malaria, sleeping sickness, tsetse and tick borne diseases such as trypamozomiasis this is important as these already have major constraints or livestock production and are major contributions to poverty. Climate change may also have indirect effects on infectious diseases especially in Africa for example, it could for patterns of agriculture to change causing localised famine displaced populations and fuel conflict over scarce resources such as water.

There is also the threat of infectious diseases to ecosystems to consider. Infectious diseases are natural components of ecosystems contributing to biodiversity and there dynamic stability over time. If ecosystems are stressed disease outbreaks may become more frequent and may have longer term negative impacts such as services like clean water and air, recreation tourism. The greatest hazard is when diseases affect top predators whose removal may lead to explosion of herbivores and the over exploitation of plants. Examples of overstressed eco-systems are over-fished marine systems, over grassed green lands and over exploited forest.

Locally the report of the chief Medical Officer for NI in 2005 identified four big issues in infectious disease control in NI they were;

However the future emergence and spread of infectious diseases looked at globally is a worrying threat which has been the death with globally by the introduction of worldwide systems to identify and control these new and existing threats to public health.