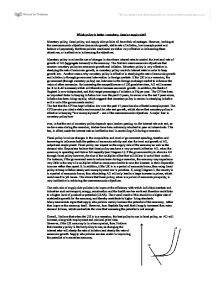 The fact that the CPI has kept inflation low over the past 15 years has also effected unemployment. The CPI has also provided a stable environment for jobs and growth, which shows that monetary policy is effective in keeping “low unemployment” - one of the macroeconomic objectives. A major flaw in monetary policy how

ever, is that the use of monetary policy depends upon lenders passing  on the interest rate cuts and, as we have seen during the recession, lenders have been extremely reluctant to pass on interest cuts. This has, in effect, made the interest rate an ineffective tool in controlling AD during a recession. 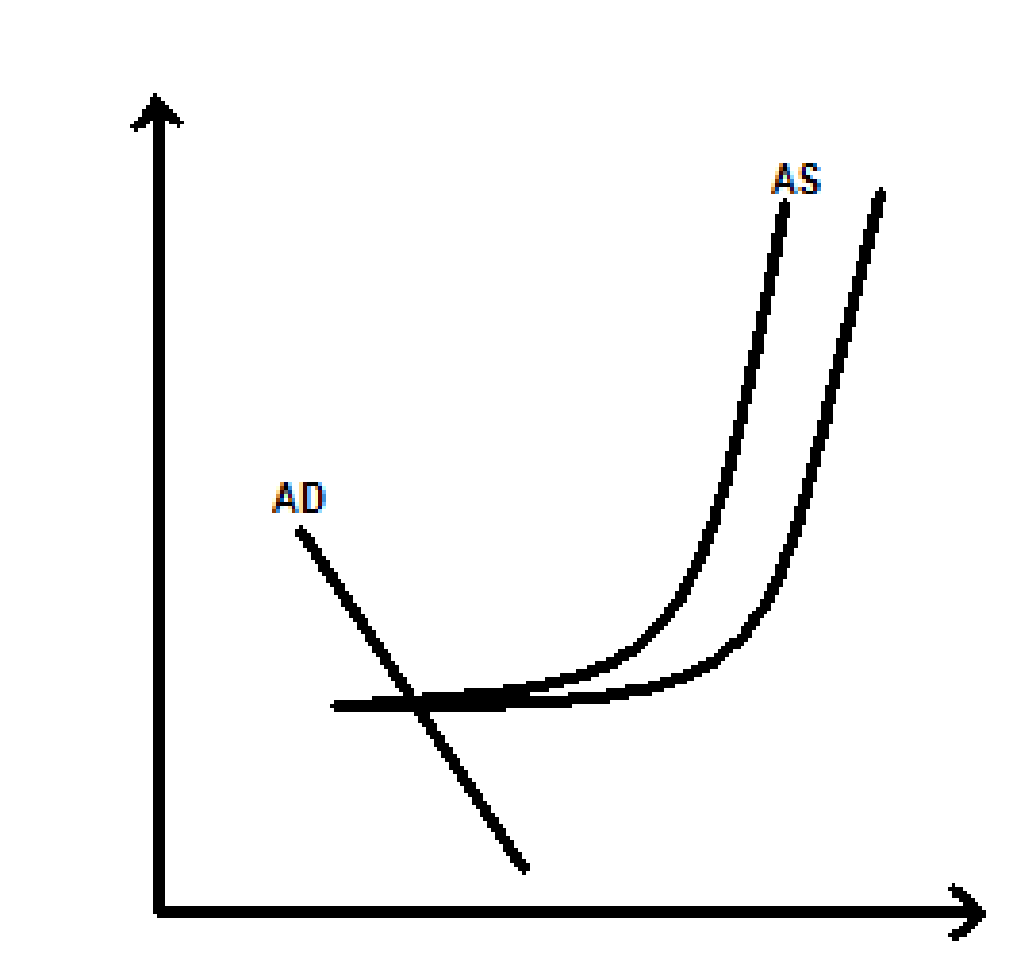 Fiscal policy involves changes in the composition and level of government spending, taxation and borrowing to influence both the pattern of economic activity and also the level and growth of AD, output and employment. Fiscal policy can impact on the supply side of the economy as well as the demand side. Keynesians believe that fiscal policy can have a very powerful effect on AD, when the economy is operating well below full capacity (see Diagram 1). If the government try to stimulus AD through fiscal policy however, the size of the multiplier effect that will follow is out of their control. For instance, if the government were to reduce taxes during a recession, the economy may experience very little in the way of a multiplier effect as consumers decide to save the increase in their disposable incomes rather than spend it. In addition, if the UK is in a period of economic boom, then using fiscal policy to keep inflation steady and unemployment low is pointless. If, using Diagram 1, the country is in a period of economic boom, then stimulating AD will only lead to a large increase in prices, which could result in job losses. This shows that fiscal policy, when in a period of economic prosperity, is very ineffective in achieving the macroeconomic objectives.

The main aim of supply side policies is to improve the efficiency with which individual markets and industries such as transport, energy, construction and the health service work and therefore contribute to a higher level of productive potential (LRAS). The overall result of this should be a higher rate of sustainable growth for the economy, and thereby contribute to higher living standards.

Many economists argue that supply side policies merely increase the potential of the economy,  rather than improve the economy itself. However, Juan Baptiste Say said that if supply increased then extra demand follows, which contradicts the view that increasing the potential is not enough.

Overall, I believe that when the UK is in a recession, the best policy to use is fiscal policy, as AD will increase, along with employment and minimal price rises. However, if the UK economy is in a boom period, then I believe that monetary policy is the best policy to use, as changing the interest rates will steady the rate of inflation and steady the rate of economic growth. Supply side policies are also useful in improving the potential of a countries economy.