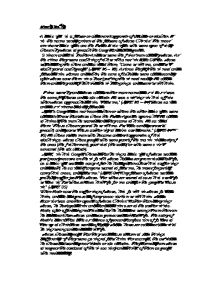 Discipleship - A disciple is a follower or adherent supporter of a leader or teacher.

Discipleship A disciple is a follower or adherent supporter of a leader or teacher. It is the name usually given to the followers of Jesus Christ. The most eminent disciples are the Twelve Disciples who were specifically chosen by Jesus to preach the Gospel and called Apostles. Simon and his brother Andrew were the first men called by Jesus. At the time they were catching fish with a net in Lake Galilee. Jesus walked along the shore and said to them, 'Come with me, and I will teach you to catch people' (Mk 1: 16 - 18). At once they left their nets and followed him. James and John, the sons of Zebedee were called secondly after Jesus saw them in a boat getting their nets ready. He called them and they too left behind their belongings and went with him. Time went by and Jesus called another man named Levi. Levi was the son of Alphaeus and a tax collector. He was sitting in his office when Jesus approached him. 'Follow me,' (Mk 2: 13 - 14) Jesus said and Levi immediately followed. Mark's Gospel does not record when or where the other disciples were called. We know that Jesus chose the Twelve Apostles upon a hill. He called to himself the men he wanted and they came to him. He said to them: 'I have chosen you to be with me. I will also send you out to preach, and you will have authority to drive out demons.' (Mk 3: 14 - 15) He chose twelve men who became ardent supporters of his teachings. Jesus chose people who were part of the main industry of the area (the fishermen); patriots (the zealot) or who were civil servants (the tax collector). Mark, in his Gospel, showed that being a disciple of Jesus would put great pressure on their faith. Jesus had never promised that life, as a disciple would be easy. ...read more.

A vocation is a divine call to or a sense of one's fitness for a certain career or occupation. Christians who belong to the Roman Catholic Church can choose from three ways in which they can fulfil their vocation which they have received in Baptism and Confirmation. They can carry out their responsibilities as a single or a married lay person. The term ' lay' means non-clerical; not ordained into the clergy. The laity are called to demonstrate the principles, which Christ taught, by missionary work, reading in Church or by teaching others. They also bring holiness to others by the example of their lives. Lay people should also implement Christ's teachings to the problems of the modern world, e.g. violence, drugs, crime, healing the sick, feeding the hungry or housing the homeless. Honesty, justice, sincerity, kindness and courage are the values of a Christian. Married people prove their holiness in the success of their marriage, or their family relationships. The example of a good life activates other people to want to share in that kind of life, and brings them to God. Those who are devoted to religion can experience religious life in contemplative orders or apostolic orders. Those that follow contemplative orders lead a concealed life of work and prayer. Rather than going out to help people physically, they pray for the inequalities of the world or partake in the background work for events. Examples of people who live like this are the Carmelites and the Poor Clares (for women) and the Carthusians and Cistercians (for men). People who prefer to help others on a public scale live life according to apostolic orders. These people lead a life of prayer, and community work. They participate in helping the sick, teaching others, helping the poor or helping the elderly. One can take a Christian vocation even further when they are ordained to priesthood. ...read more.

There are many people who cannot adapt to the Christian faith because Jesus is dead and the number of people who attend mass is declining. They fail to believe because they need visual evidence to reassure them that there really is a God. As few people visit Church nowadays, some fail to recognise how discipleship can survive through a small amount of people. As the basis of the Church relies on secondary evidence written in the Gospel, many are not trustworthy enough to depend on books and because of this, some communities favour other religious practice. Having weighed up the opinion opposite to mine, I strongly disagree with its argument. My reasoning is that we live in a World of diverse culture, where in most places people are accepted for their faith, gender, status and being. As time has passed, women have gained equal rights as men, black people have earned the same respect as white people and homosexuality and individuality is accepted. So why is faith different? There is a minority of people who are still unable to preach openly but the Christian population is increasing and the majority of Christians are able to profess their beliefs without encumbrance. And that is why there are many people today who are willing to help those that are limited in being able to praise God independently. When someone goes to the hospital to be treated for an illness, they see doctors and nurses helping them. One cannot say that these people are poisoned with remorse but only guardianship because they look out and care for the welfare of others. They are examples of discipleship as they assign their time for the comfort of others. There are people who are involved and dedicate their life to aiding those less fortunate than themselves, working with charities like CAFOD to assist those weaker in the fellowship. These are the people who do carry their own cross and make sacrifices for the benefit of others. These are the people who qualify as disciples and prove that good people are still on hand today. ...read more.