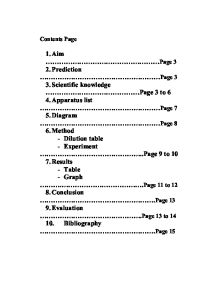 The prediction of this experiment is that the rate at which the magnesium strips dissolve depend on the concentration of the hydrochloric acid. This means that the more concentrated and strong the acid is, the more effect it will have on the calcium magnesium strip and thus the faster the speed of the reaction will be. This prediction is supported by the collision theory, which states that there are four factors, which affect the rate of reaction. Concentration is amongst these four factors and it is the one to be proved in this experiment. The collision theory states about concentration that if the concentration of an acid is increased, i.e. made stronger then lots more particles will collide and more successful reactions will take place. To get matching results with the prediction this investigation will include the concept of fair testing which will be done so by repeating the same experiment three times and also by changing only one variable while keeping the rest constant.

In chemistry the relation between the reactants and the products can be best explained by the collision theory. The Theory explains how chemical reactions take place and why rates of reaction alter. It states that for a chemical reaction to take place fruitful collisions must occur to create more reactions. The more frequent the reactions between the atoms the more successful the reaction will be.  These reactions can only happen when the reactant particles collide together causing high collision rates. However most collisions are not successful in forming products as not all atoms have enough kinetic energy to break bonds and bring about a chemical change. The minimum kinetic energy required for reaction is known as the activation energy. 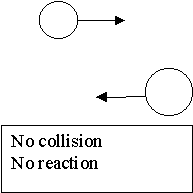 According to the collision theory, there are four factors, which affect the rate of reactions; temperature, catalyst, surface area and concentration.

Temperature is a variable that can change the rate of reaction as it causes more collisions to occur and when these collisions occur, there is more chance that the collision will lead to a reaction. The particles will collide more often and thus the rate at which the product is being formed will also increase. This is because the amount of energy is more likely to be greater than the minimum amount of energy needed (activation energy)

Catalyst is a substance that can speed up chemical reactions, without being used up itself. It does this by lowering the activation energy so more particles can react. Catalysts provide surface on which the reaction can take place. This increases the number of collisions between the particles of the substances that are reacting. An example of a catalyst:

This reaction only occurs very slowly and it would take 500 days to produce 50 cm3 of oxygen. However by adding the compound manganese oxide that acts as a catalyst for this reaction, the reaction speeds up greatly but the manganese oxide never runs out. Therefore catalysts have the ability to get the product in much less time and can cause an effect on the rate of reactions.

Concentration is the strength of a solution, for example the reaction between marble chips (calcium carbonate) and hydrochloric acid:

A strong acid contains more particles and less water particles than weaker acid. Increasing the concentration of a solution will lead to more collisions and thus a change in the rate of reactions. 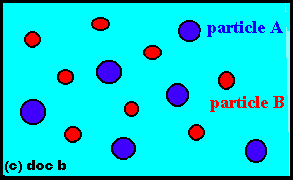 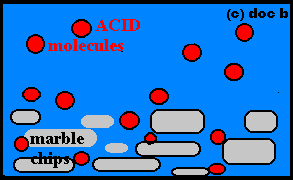 The concentration of the acid is low, thus there are less collisions taking place which means slower rate of reaction. 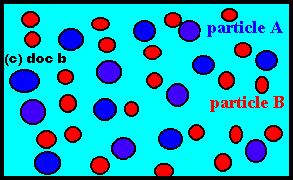 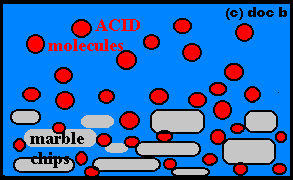 This experiment has to be kept fair in order to achieve the correct results. There are various ways in which fair testing will be implemented:

In order to carry out the experiment, the hydrochloric acid needed to be diluted.

Therefore a dilution table was used to produce the acid of the correct molarity.

The dilution table below shows the measurements of the hydrochloric acid and the amount of water needed to create each molarity.

Shown below are the results of the experiment.

This Table shows that as the concentration of Acid molarity increases, the time taken for magnesium ribbon to dissolve decreases. The results match with the prediction, and thus the collision theory is correct. 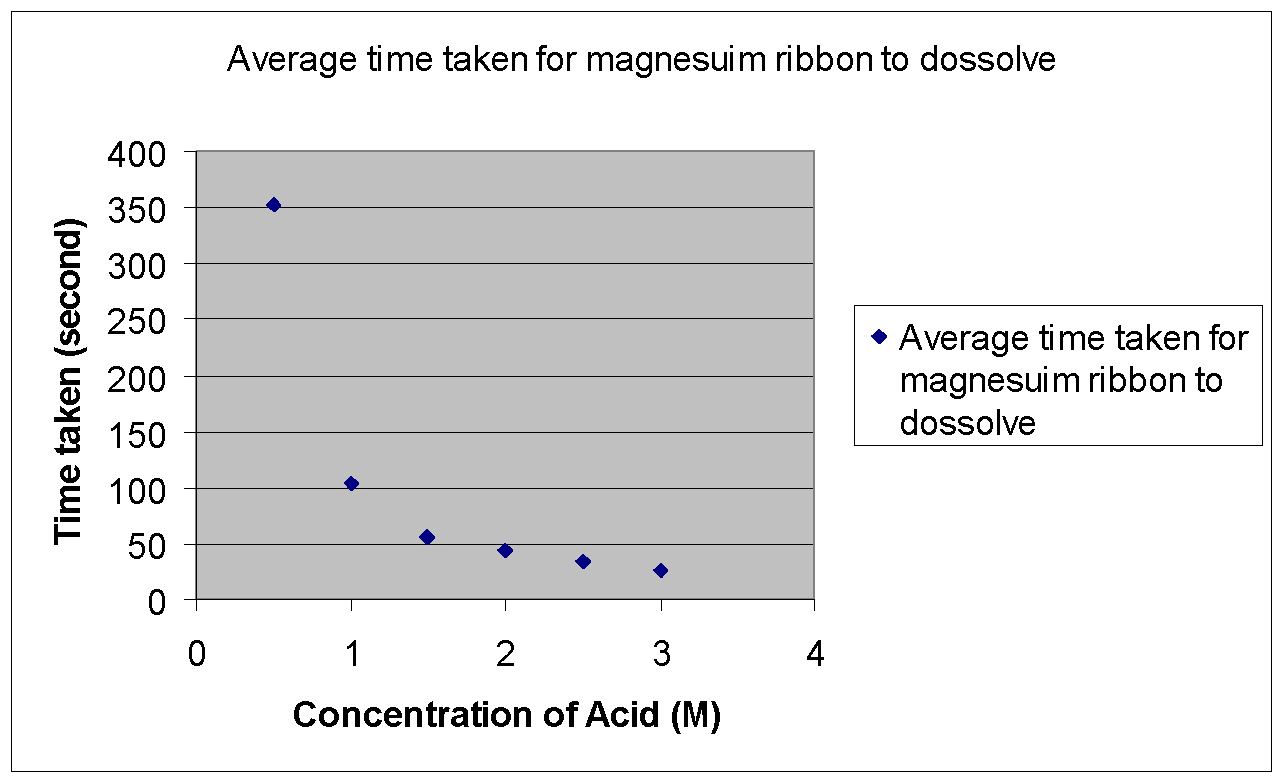 The results and the conclusion obtained in this experiment prove that the prediction made was correct. It was predicted that the rates of reaction of the magnesium ribbon would be affected by the concentration of the acid.

The higher the molarity of the acid the faster the speed of the reaction will be.

According to the collision theory there are four factors that affect the rates of reactions, temperature, surface area, catalyst and concentration. The aim of this experiment was to prove that this theory was correct, and thus one of these factors was chosen to do so. This factor was concentration and there are various reason why it as chosen. First of all, it was the easiest for obtaining quick results. Secondly making it a fair test was far less difficult as only one variable was changed and the rest were kept constant. Thirdly, if any other factor was chosen for example, surface area, then two variables would have to be looked at, the size of the ribbon and the amount of HCl. This would have taken more time and yet the risk of the magnesium ribbon being the required size would have been high as such apparatus was not available. If any other factor that affects the rate of reactions were chosen such as temperature, then concentration would have been involved in the experiment too, in order to get the correct results. This simply would have just complicated the experiment even further.

The results obtained are according to the prediction, however there are certain factors, which could have caused anomalous results.

Furthermore there is a possibility that the length of all the magnesium ribbons may not have been exactly the same. This can cause anomalous results

Also, the test tube in which the reaction took place was open. This can cause a layer of magnesium oxide to develop on the magnesium ribbon as it reacts with oxygen. Sand paper should be used to remove it as it affects the rate of reaction.

Moreover the beakers used were most probably contaminated, this is another factor, which can cause anomalous results.