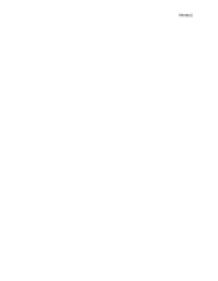 ﻿Merlos ________________ Feminism v Women In today?s society most people don?t know the difference between being a women and a feminist. It might be because history doesn?t bother to tell herstory. In academic environments women don?t make the cut to be included in textbooks or curriculums. Throughout history women weren?t considered ?important? enough to contribute to society. They were inferior in every aspect; the inequalities that women suffered gave birth to feminism. When analyzing art, literature, theatre, and performance at the microscopic level, one can differentiate between what came from a women and what came from a feminist. Through the analysis of different women artist, authors, performers, and comics? one will be able to know why these works of art are feminist or not feminist. What makes someone a woman? A woman is a female human being, someone biologically born with a v****a. Most people think that because someone is a woman, that automatically makes them a feminist. However, a feminist can be a man or a woman. It is not strictly for women. According to the Webster dictionary, feminism is the ?advocacy of women?s rights on the grounds of political, social, and economic equality to men.? Feminist try to achieve equality among men and women. In order to understand the differences between women products and feminist products one must know the reasons behind feminism. Feminism is divided into three waves. The first wave feminism dates to the late 19th and early 20th century in regards to woman suffrage. The second wave feminism dates to the early 1960s in the United States in regards to ?civil rights, s****l liberation, childcare, health, welfare, education, work, and reproductive rights including the right to abortion? (Nair). The third wave feminism dates to the early 1990s in regards to race, gender, and the failures of the second wave feminism. Within feminism there are different levels, they range from liberal feminist to radical feminist. ...read more.

The representation of women bodies has progressively gotten worse. The difference between the representation of women bodies in the past and the present is the exposure. In the past, women bodies were represented as inferior through texts and lectures. As time passed, women bodies were exposed to the public in forms of art and public displays. The women representation in art wasn?t to admire her natural beauty, but, to be seen as an object of s****l desire. Women models were only objects; they weren?t seen as human beings. As Linda Nochlin would put it; ?There exist, to my knowledge, no historical representations of artist drawings from the n**e model which include women in any other role but that of the n**e model itself, an interesting commentary on rules of property: that it is alright for a (?low?, of course) woman to reveal herself naked-as-an object for a group of men, but forbidden to a woman to participate in the active study and recording of naked-man-as-an object (?)? (Nochlin). It seems that women were only good for modeling n**e. That goes to show you that women weren?t given much praise. To be posing naked and being aware that people are looking at you is much more degraded than it seems to be. Although artist may say that being n**e is a form of art, they can?t explain why there are more women models than men models. Women are stripped down to their most natural form to be observed by men. ?She turns herself into an object ̶̶ and most particularly an object of vision: a sight? (Berger). In Ways of Seeing, John Berger specifically calls out male artists who paint women n**e. He says as followed: ?you painted a naked woman because you enjoyed looking at her, you put a mirror in her hand and you called the painting Vanity, thus morally condemning the woman whose nakedness you had depicted for your own pleasure? (Berger). ...read more.

This was a result of black men not being able to gaze at white women. That being said, black women in the films are ?to be looked at and desired as ?white?? (Hooks). The way black women were represented didn?t allow them to move up in society. Because people saw what the black women were doing in the films, they assume that is what is true. Society then has certain expectations from Black women, well women in general. Bell hooks quotes Anne Friedlberg, ?identification can only be made through recognition, and all recognition is itself an implicit confirmation of the ideology of the status quo? (Hooks). Everyone wants to identify to something, and that something is what society perceives of you. To identify as a woman, people think of all the things, emotions, roles associated to that gender, femininity. That is why bell hooks suggest women to critique the roles women are given in films. Women need to stop accepting roles that are stereotypical and degrading to women. By using Berger?s and hook?s principles of looking, I am able to pinpoint how all things are gendered. For example, in Switched at Birth, both moms don?t have strong independent roles. Katherine is a stay at home mom, and is very passive. A characteristic associated with women. Her husband John is a big, tall, muscular man who is a retired Third-Baseman. In the TV series, he is the big decision maker. He doesn?t like his wife making decisions without consulting him first. This is also common to masculinity. Switched at Birth is only one example of the thousands of films, shows, art, and advertisement that are gendered. At this time in age, one would think that there would be quality and neutrality, however, society is progressively getting worse. Girls grow up thinking that they have to fit into certain gender roles; they have to identify themselves feminine. And if they don?t, then it is considered taboo. Nothing can ever be genderless; everyone wants a feeling of belongingness. With gender, people can identify themselves, even if it means living up and accepting the stereotypes. ...read more.