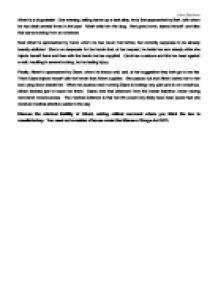 Chain of causation problem question. The given case is concerned with the law on homicide in English Criminal Law. Albert is likely to be accused of three different offences; the death of Bert amounting to involuntary manslaughter, the injuries suffered

Albert is a drug-dealer. One evening, selling heroin up a dark alley, he is first approached by Bert, with whom he has dealt several times in the past. Albert sells him the drug. Bert goes home, injects himself, and dies that same evening from an overdose. Next Albert is approached by Carol, whom he has never met before, but correctly supposes to be already heavily addicted. She is so desperate for the heroin that, at her request, he holds her arm steady while she injects herself there and then with the heroin he has supplied. Carol has a seizure and hits her head against a wall, resulting in severe bruising, but no lasting injury. Finally, Albert is approached by Diane, whom he knows well, and, at her suggestion they both go to her flat. There Diane injects herself with the heroin that Albert supplies. She passes out and Albert carries her to her bed, lying down beside her. When he awakes next morning Diane is looking very pale and is not conscious. Albert decides just to leave her there. Diane dies that afternoon from the heroin injection, never having recovered consciousness. The medical evidence is that her life would very likely have been saved had she received medical attention earlier in the day. ...read more.

On the surface it appears that the actus reus is satisfied in the given case (T v DPP10). However, in trying to establish actus reus we need to look at causation and take into consideration the ruling in the case of Kennedy (No.2)11. When the Kennedy case reached the House of Lords the question of joint responsibility was brought up. The House of Lords ruled that the drug had been self administered, not jointly administered and therefore this doctrine was inapplicable. The House of Lords said "In the case of a fully informed and responsible adult, never". The mens rea for such an offence is intention to cause actual bodily harm or to do so recklessly (applying the Cunningham test).While it can clearly be said that Albert did not possess intention it can be argued that he was reckless in providing the drugs - he should have foreseen the risk. The lack of actus reus would prevent him from being prosecuted under s47 OAPA 1861. The courts might then consider the lesser offence of battery. In the offence of battery the mens rea is similar to that of s47 OAPA 1861, but the threshold for actus reud is lower, mere infliction of violence is adequate. ...read more.

Good identification of the issues. The student could structure the material more clearly, however.