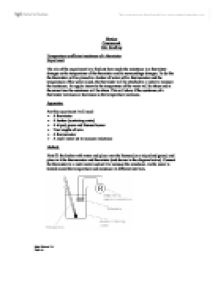 Temperature coefficient resistance of a thermistor.