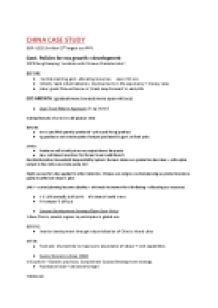 Notes on the economic transformation of China.