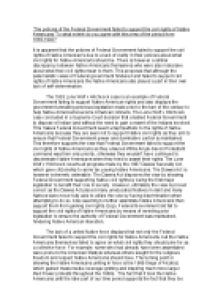 The policies of the Federal Government failed to support the civil rights of Native Americans To what extent do you agree with this view of the period from 1865-1992?