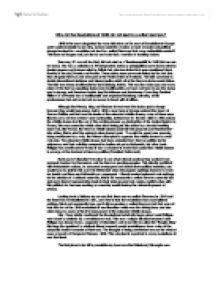 Why did the Revolutions of 1848 did not lead to a united Germany?

Why did the Revolutions of 1848 did not lead to a united Germany? 1848 is the year categorised by many historians as the year of Revolutions in Europe and it understandable to see why, so how could the massive amount of social and political change involved in a revolution not lead to a united Germany that many nationalists wanted? This does not happen not just due to one factor but a number of deciding factors. Germany, if I can call her that, did not exist as a 'Bundesrepublik' in 1848 that we see her today. She was a collection of 39 independent states or principalities some states ruled by foreign powers e.g Hanover ruled by Britain but also two states that were considered Great Powers of the day, Prussia and Austria. These states were commonly linked by the fact that they all spoke German and were part of the Federal Diet at Frankfurt. The Diet convened to decide international decisions and internal policy which all of the German states would follow. The Diet was always traditionally led by Habsburg Austria. This was the status quo and many rulers of the German speaking states were traditionalists and were not keen to see the status quo to change and therefore Austria kept its influence and dominance. Even King Fredrick William IV of Prussia was a traditionalist and respected Habsburg authority, all his predecessors had and so he had no reason to break with tradition. Although the Princes, King and Electors did not want the status quo to change because they would lose power, but in 1848 a new force of change entered ...read more.

Due to the sway of popular revolution Fredrick William IV granted this privilege and paraded through Berlin in revolutionary colours and appointed liberal minister. Notice that these ministers were not nationalist ministers but liberal minister again unification was not on any one's mind it wasn't on the revolutionaries and it wasn't on the mind of Fredrick William IV. This was a temporary triumph for Liberalism in Prussia but it was not a triumph for nationalism. In Baden, the tyrannical elector was overthrown and it was declared an independent republic. This is important because it basically, in my opinion, symbolises the attitudes towards Liberalism and Nationalism because it was proclaimed a republic means it was a Liberal victory because a republic fundamentally is an assembly elected by the people for the people with total power this was the main goal of the Liberalist movement throughout the 19th century, but it was an independent republic this shows that Liberalism and Nationalism did not go hand in hand. This new Republic of Baden had no intention of unifying German because it meant returning to autocratic rule under Prussia or Austria. All these examples of Revolutions throughout the Bund show that unification was not one of the aims of the 1848 Revolutions, Liberalism and conditions for the working class were the real causes of the revolutions and in my opinion the revolutions hindered unification rather than encouraged it because after the revolutions had been suppressed the Bund was brought back (1851) and there was no indication that any of the representatives at the Bund were ready to unite under someone. ...read more.

The decision was clear for Austria, it would try to stop unification because her position would be compromised otherwise. So Austria stopped the revolutions from leading to a united Germany because it used its influence and power to encourage or bully Princes into opposing unification, which she did and was the main reason why Fredrick William IV rejected the crown offered to him. Prussia wanted to dominate like Austria had for so long but it did not want to get into conflict with Austria this was a precarious position because if it headed a German state Austria would object. Fredrick William IV wanted to rule a united Germany but would not commit himself in order to commit this goal, and because this and because of his indecisiveness he would never become Kaiser of Germany. He was willing to go as far as the Habsburgs allowed him to but not an inch further. The revolutions in 1848 did not lead to a united Germany because Prussia was not willing to lead a Kleindeutschland without Austria's permission and a natural leader should not ask someone else to lead the leader. In 1851, the Bund was re-established and many of the assemblies destroyed and the Princes were back up to their former level of power and unification was now a distant glimmer of hope, only a strong decisive leader would unite Germany, someone not like Fredrick William IV but someone like Otto von Bismarck. Acknowledgments Germany 1848-1914, Bob Whitfield The Unification of Germany 1815-90, Stiles and Farmer A History of Germany 1815-1945, W Carr ?? ?? ?? ?? ...read more.