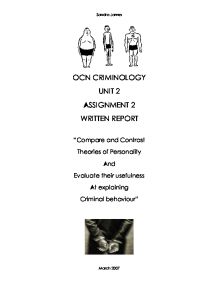 Compare and contrast theories of crime 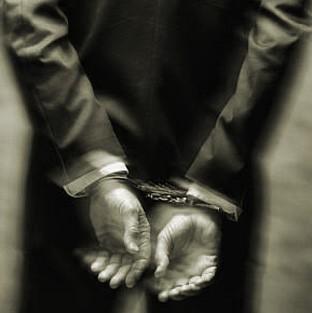 During this report I will be looking at cases of true crime whereby the criminals are considered to be showing different types of personality which where considered reasons for criminality.  I will be demonstrating how some trait theories may understand the reasons for the individuals committing such crimes and contrasting theories and evaluating their usefulness in their explanation of criminal behaviour.

What is criminal personality?

When using the term personality we are using it to define and describe an individual’s temperamental and emotional attributes, (S. Jones 2006) these are the ones that are deemed consistent as these will influence behaviour so that a person is compelled to behave in this way almost daily.  Therefore is would be fair to say the term criminal personality means a person who is of the nature to commit crime due to their temperament, characteristics pattern of thinking, feeling and acting.  During this report there will be examples of types of criminal personality.

The theories being reviewed will be Freud’s Psychodynamic theory which is made up of 3 components: the I.D, Ego and Superego.  Freud believed that if a person has unresolved conflicts between the I.D and the Superego, this could later lead to crime.  He believed this was because of the lack of emotional stability, disturbing childhood events and or lack of emotional development.  The second psychodynamic theory to be reviewed will be John Bowlby’s theory on maternal deprivation his belief being that children that have not bonded would show a lack of empathy for others, isolation and anti social behaviour. The second criminal theory being evaluated will be Hans J. Eysenck’s trait theory of Extroversion and Introversion and The Big five, both of them breaking down types of personality. 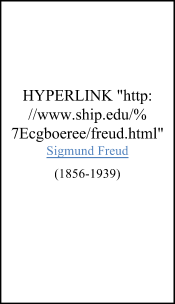 Freud believed peoples mental functions stem from the unconscious mind, this may be repressed experiences and would denote the submerged part of the iceberg.  This could be described as mental inner conflict between the subconscious and the conscious mind the conscience the angel like image and the other instinct for victory overriding the conscience, acting the devil, which if not controlled would lead to socially unacceptable behaviour.  Freud split the personality into 3 parts of the mind.

Parts of the mind

The I.D is the unconscious part of the mind, which entails basic survival urges from birth from eating, drinking, sexual pleasure, to be warm and comfortable.  The I.D s sole purpose is driven by desire and pleasure and requires immediate gratification with no concept of reality.  An example of this would be a baby crying for a feed and until it gets the feed a continuous cry.  The I.D is later controlled/suppressed by the Ego and Super-ego.  The Ego is something that is learnt and is mainly conscious so as a child matures his expectation could be that if I say please (ego) I will received gratification of the chocolate whereas previously the I.D would be I am going to do this until I get that. There would be no understanding of what is happening around them it would be based on self only.

The Ego thinks about the outcome of giving into the I.D, such as if I take the chocolate, there will be consequences of unpleasantness therefore the ego would make a decision not to take the chocolate as it has learned the consequences of the I.D working on its own are not acceptable practise and therefore the ego develops and starts to control the I.D.

The Super-ego is developed later and provides a conscience; it is both the keeper and the go between of right and wrong.  Should the Super-ego be surpassed feelings of guilt and anxiety should be the conclusion.

Conclusion of the three

The result of all three are, different forces lining up against each other and battling for control of the personality.  During the growth of the personality the child is the passive victim of circumstances and his/her fate is dependant on the treatment he/she receives at the hands of others.  Freud was not optimistic about individuals arriving at maturity unscathed by prior adverse experience as these functions would not have learnt to compromise between the primitive I.D impulses and the Super-ego restrictions including the outside world’s social norms.  Therefore this was seen as likely to lead individuals to having an underdeveloped Ego and Super-ego which may in turn lead to a criminal life.

1.b Bowlby’s Psychoanalyst explanation of Crime

In 1951 John Bowlby proposed that if infants were deprived of their mothers (who he regarded as the attachment figure) whilst in the critical period of their first two years of life there were likely to be consequences that would develop later in life.  The symptoms included mental sub-normality, delinquency, depression, affectionless, psychopathy and even dwarfism.

of life showed lower IQ, compared to a fostered control group.  When Bowlby studied 44 juvenile thieves he argued that the affectionless psychopathy was the result of maternal deprivation.  Michael Rutter reassessed Bowlby’s initial work and found his ideas about monotropy (only bonding with one person) and the time periods of attachment to be incorrect.  Rutter also felt that Bowlby did not take into consideration the difference between deprivation and privation as the effects where different.  In deprivation the tendency is likely to be depression and detachment rather than criminal traits.

Individuals would be anxious, worrying, moody individuals that would often be depressed and suffer from lack of sleep and suffer many psychosomatic disorders.  They would be emotional, reacting strongly to all sorts of stimuli and find gaining balance in life difficult after each emotional experience.

Individuals considered stable tend to respond to emotional situations slowly and not being exuberant.  These individuals tend to return to normality quickly and are usually calm, even tempered and controlled and tend to live an unworried life.

A typically introverted person would tend to be very low key and would prefer not to engage in social situations.  They are more likely to be found on their own, reading a book, writing, inventing.  There preference being alone.  Introverts are likely so have few friends and prefer one to one, if any social interaction.  The outlook of these individuals would be to plan head and not to act on impulse or excitement but with control and precise motion and action.  Introverts are likely to be serious and well ordered in all aspects of life.

The typical extrovert is gregarious, highly sociable, enthusiastic, talkative, assertive, loves to party and have lots of friends, they like people around them, crave excitement, take risks and chances and will think nothing of doing something outrageous on the spur of the moment, impulse would equal excitement.  Extroverts are not likely to enjoy reading and studying as this would require solitude which would be painful.  They may have a tendency to be quick tempered and aggressive unable to keep feelings under control. 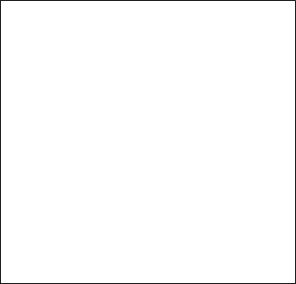 do not encounter great difficulty in social

most difficultly in social learning

One theory for Duffy’s and Mulcahy’s crimes is the bulling they suffered at school.  However they both showed a sadistic streak for tormenting and torturing animals at the age of thirteen.  This could be because they were as helpless as the animals, and later their victims being helpless and them being in control. Duffy also inflicted physical abuse on his wife.  This was highlighted as likely behaviour when David Canter a profiler looked at the case.

As both men got older transferring their sadistic and misogynistic tendencies to women fuelling each other’s dark sexual fantasies and as the need for heightened excitement came so did the start of the murders.  To support this the FBI believe that children who have a history of animal cruelty use this as a rehearsal for targeting humans later in life as it’s believed that animals are symbolic of people. Robert Ressler, FBI behavioural sciences unit said “These are the kids who never learned that it was wrong to poke a puppy’s eyes out” This would be supported by both Bowlby’s view of maternal deprivation and Freud’s view that children would be affected by their childhood experiences.  Both Psychoanalytic theories are difficult to prove criminality as they are based on the unconscious.

In Myra Hindley’s case the psychoanalysis approach would consider her to have an underdeveloped Ego and Super-ego therefore she would have no conscience so have no empathy or guilt for the victims.  Freud would consider her to be stuck/fixated in one of the psychosexual stages possibly the Electra complex since she was not living at the family home and therefore did have the opportunity to identify with her mother.  In Bowlby’s theory this would be the maternal deprivation of her natural mother therefore making her withdrawn and potentially developing anti-social behaviour and having low social skills.

The Crash of Bearing Bank

This is a totally different type of criminal showing very different traits to the above cases.  Nick Leeson he was; egocentric; charismatic; extrovert; hostile; aggressive; impulsive and a risk taker that required immediate gratification, similar to the baby in the I.D scenario.  However Eysenck also said this type of crime needs no explaining.

Gordon Allport devised a list of 4500 adjectives from comprehensives dictionaries which he considered to describe observable and relatively permanent traits.  Raymond Cattell worked some 21 years after and reduced this list to 171.  Cattell identified 35 major clusters of personality traits and added 10 more which he obtained from psychiatric literature.  Cattell then devised personality tests for these 45 traits and the results where analysed which led to the 16PF personality questionnaire. This work has been further researched by Tupes and Christal in 1961 and again by Goldberg in 1981.  Goldberg used his own set of adjectives from the dictionary and independently found the five factors once again.  These factors are Neuroticism, Extraversion, Agreeableness, Conscientiousness, Openness to Experience, each factor consisting of more specific traits. 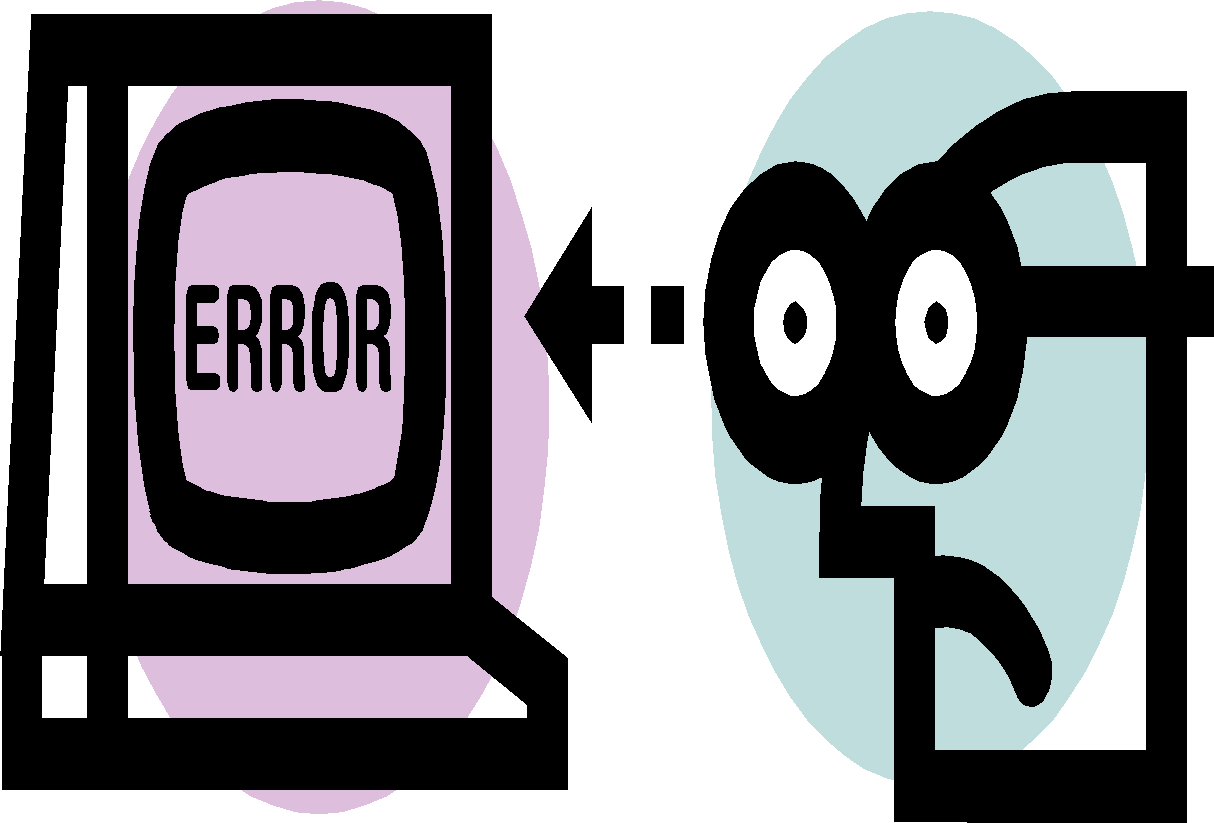 Comparing and contrasting both theories

Usefulness of Theories of Personalities

The Psychoanalyst approach looks at childhood development which brings us to the unconscious mind, repressed feelings or conflicts and fixation at psychosexual stages.  This theory helps us to understand the probable roots leading to criminality.

Eysenck and Cattell depicted personality and character to show traits demonstrating criminality, this helps to build a picture of individuals that would carry out certain types of crime and would help profile criminals.  Eysenck believed this could also be used for learning and control realising certain personalities are more susceptible to conditioning.

Theories of criminal personality help us to understand the possible reasons for individuals becoming criminal.  In the psychoanalysis view everything stemming from childhood and the unconscious.  Combining trait theories gives more clues as to the source of crime building a greater picture of the individual’s development to be criminal, detailing the types of personality and the variations of introversion to extroversion, stability and how susceptible certain types are to learning.  Criminal theory is devised to try and single out a particular trait that all criminals have in common, but what Eysenck found was that the traits varied dependant on the crime.

While criminal personality and what leads us to commit crime is still a phenomenon and all theories seem to have valid comprehensive views of criminality it appears that integration of the best elements of each would bring us closer to the answers we are looking for. 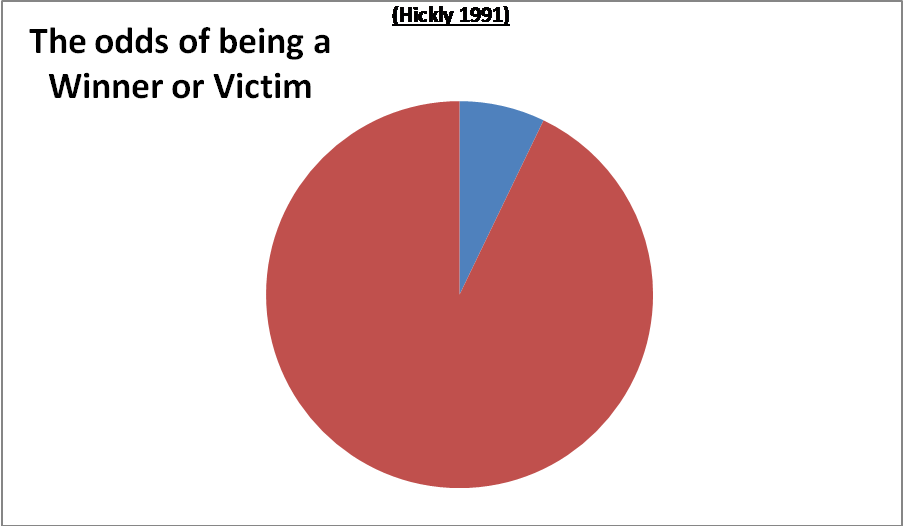 And if the serial killer didn’t get you before the win!!!

Course notes from B. Moody