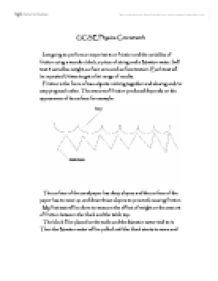 Perform an experiment on friction and the variables of friction using a wooden block, a piece of string and a Newton meter.

I am going to perform an experiment on friction and the variables of friction using a wooden block, a piece of string and a Newton meter. I will test 3 variables: weight, surface area and surface texture. Each test will be repeated 5 times to get a fair range of results.

Friction is the force of two objects rubbing together and slowing and/or stopping each other. The amount of friction produced depends on the appearance of its surface for example: 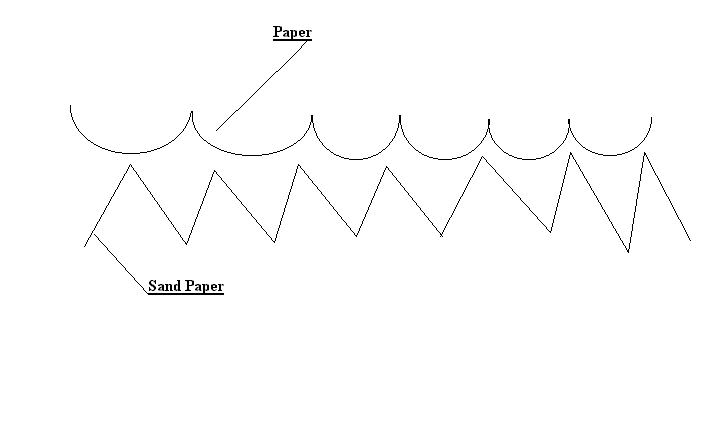 My first test will be done to measure the affect of weight on the amount of friction between the block and the table top.

The block ill be placed on the table and the Newton meter tied to it. Then the Newton meter will be pulled until the block starts to move and as soon as it does the amount of Newton’s required to cause that movement will be recorded.

In the first experiment weight was tested and a set of results produced. In this second experiment the surface area in contact with the desk will be tested.

To obtain my results I will use the following method, the block will be placed on two sheets of paper a measured distance apart with a Newton meter tied to it. The block will then be pulled and as it begins to move the amount of Newton’s required to cause this will be recorded. Each test will be done 5 times then averaged.

To make sure it is a fair test I will; as the same Newton meter ensuring non-introduction of new variables, use the same side of the block, use the same two pieces of paper and make sure the blocks movement is parallel to the supporting surface.

I predict that as the surface area of the block exposed to the desk increases so will the amount of Newton’s required to move it because there will be more sharper ridges to pass over therefore requiring more Newton’s. My results were as follows:

I feel the experiment was performed rather  well but there is room for improvement, to have maybe got fairer more accurate results I could have maybe repeated the experiment once or twice on all of them, then I would have more data to analyse giving me a better chance at accuracy. In all the three experiments instead of using the human hand to pull the Newton meter use a machine which would be less prone to inconsistency and use a table top free of blemishes. In the second experiment the block could have been placed on previously constructed platforms each measured to have 4 sides the same and those sides to be the measurements used meaning the non need of paper and a lot more accurate readings.