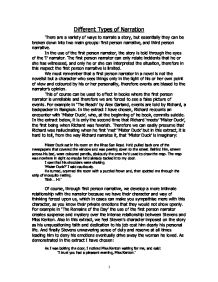 Unable to resolve itself, like a cheap hologram or a bucket of snakes, the lips drew back while the jaw relaxed, the stare softened while the frown hardened. Fear, Sean thought distantly. Rare that one got to see what it actually looked like. Other people's, sure, but not your own. Intrigued, he leaned close to the mirror, ignoring the footsteps that were already working their way up the stairs. 'Aaaah, we're going to be late,' said Don Pepe, breaking the tense silence of the last five minutes. Jojo nodded and nervously pushed his thumbs into the padding around the steering wheel. 'Yes, sir, we are. I'm sorry.' Jojo paused a moment before saying 'Yes, sir' again. He was leaving time for Teroy to add his own apology. After all, he'd been the one who had suggested Hotel Patay in the first place. But Teroy, sitting in the passenger seat, wasn't saying a word. No sense diverting Don Pepe's irritation on to him, when he could keep his head down and his mouth shut and let Jojo take all the abuse. Fair enough. Jojo would have been doing the same if their roles had been reversed. The narrator is very important in a story as the narrator is responsible for the way a story is conveyed to its reader, or its point of view. The variety of ways that the author can manipulate the narrator and his or her point of view in order to gain maximum control over the work as a whole is often the essence of whether the reader gained the desired effect set by the author. For: Miss Hill By: Chee 1 1 ...read more.