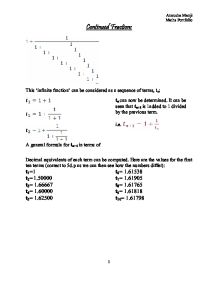 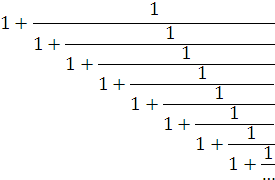 This ‘infinite fraction’ can be considered as a sequence of terms, tn:

A general formula for tn+1in terms of tncan now be determined. It can be seen that tn+1is 1added to 1 divided by the previous term.

Decimal equivalents of each term can be computed. Here are the values for the first ten terms (correct to 5d.p as we can then see how the numbers differ): 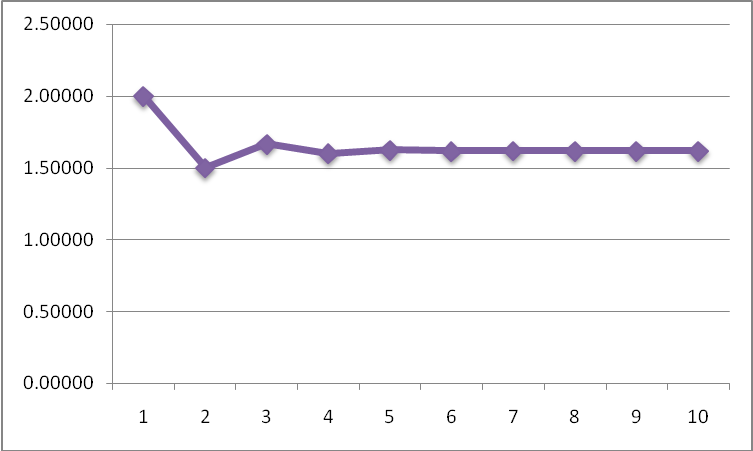 We can then conclude that as n increases tn≈tn+1.

must be a positive value because all the numbers in the continued fraction are positive.)

If we look at the list of values for the first 10 terms we can see that they are very close to 1.61, which is the value we obtained from our above formula.

Here is another continued fraction: 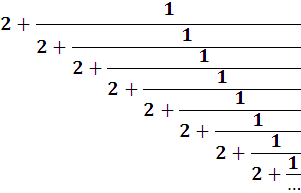 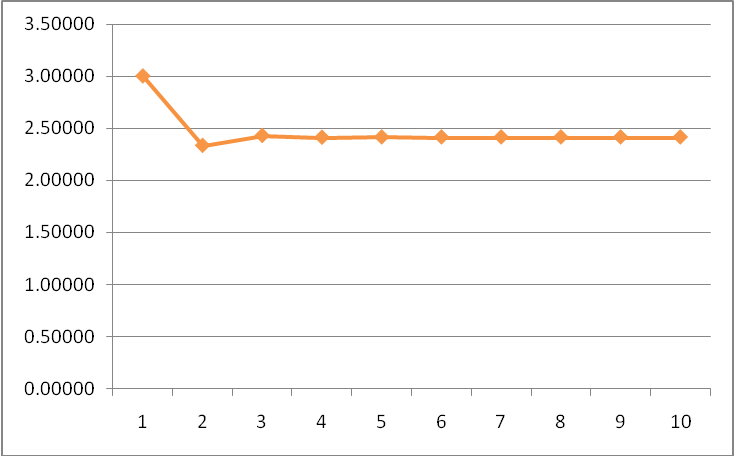 Again we can see a similar pattern; as n increases, the values for each term become closer together.
What we can conclude:

Finding the value for the nth term can be found using the general formula. However, like first example it takes a long time and 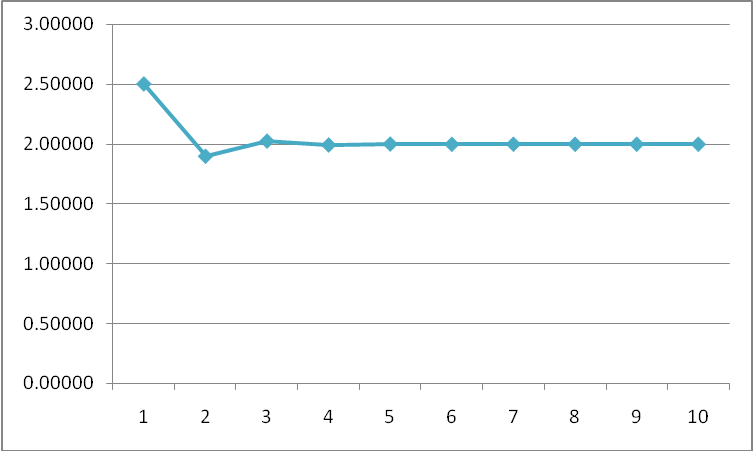 This graph is similar to those we have seen on previous pages and we could conclude that a fraction with a value above 1 (numbers below 1 may show a different result) follows the same formula as the values of n that are integers.

Here is the continued fraction for when the value of k is a number below 1. 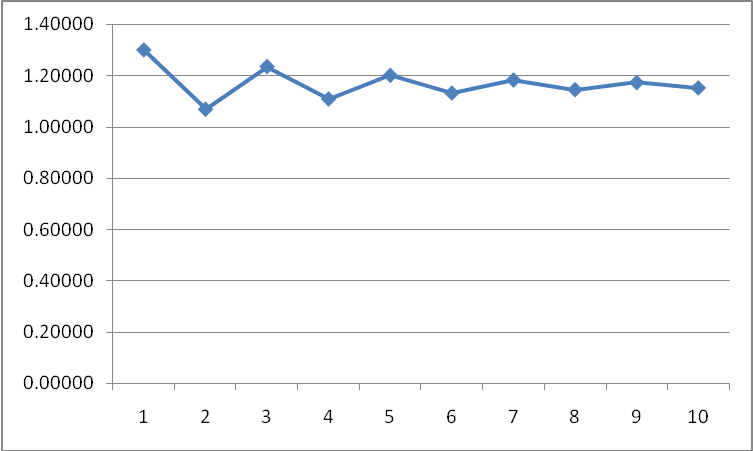 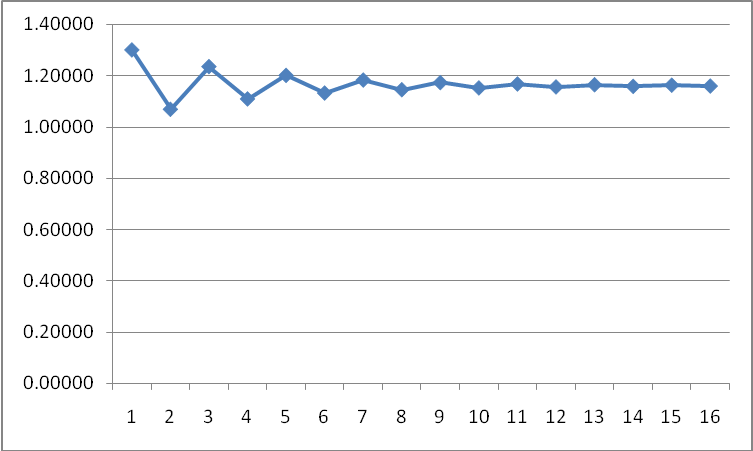