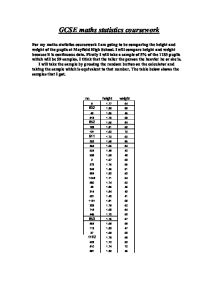 For my maths statistics coursework I am going to be comparing the height and weight of the pupils at Mayfield High School. I will compare height and weight because it is continuous data. Firstly I will take a sample of 5% of the 1183 pupils which will be 59 samples. I think that the taller the person the heavier he or she is.

I will take the sample by pressing the random button on the calculator and taking the sample which is equivalent to that number. The table below shows the samples that I got.

I will start by plotting a scatter graph of the height of the pupils against their weight.

I will now draw a scatter graph of height and weight for the girls and for the boys. 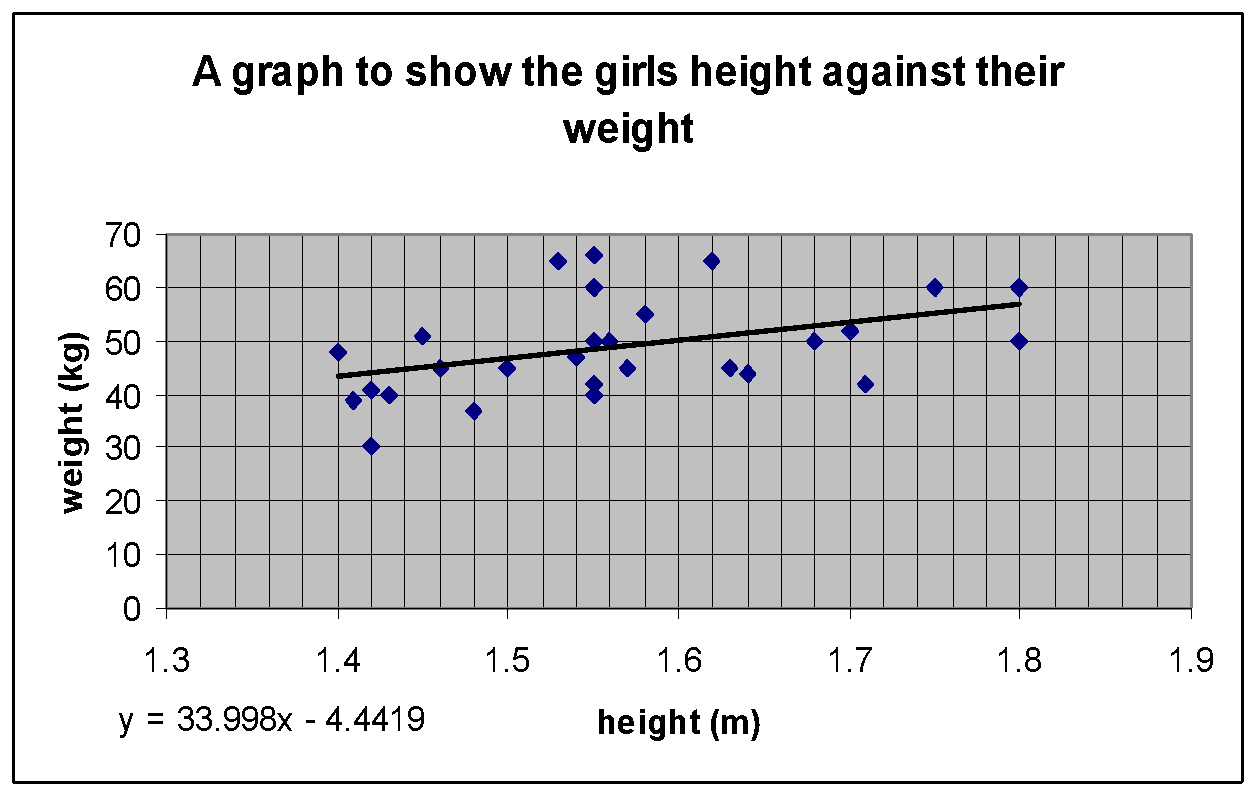 I will now draw a scatter graph for the boys and compare the strength of the correlation with that of the girls to see if it is better or worse. 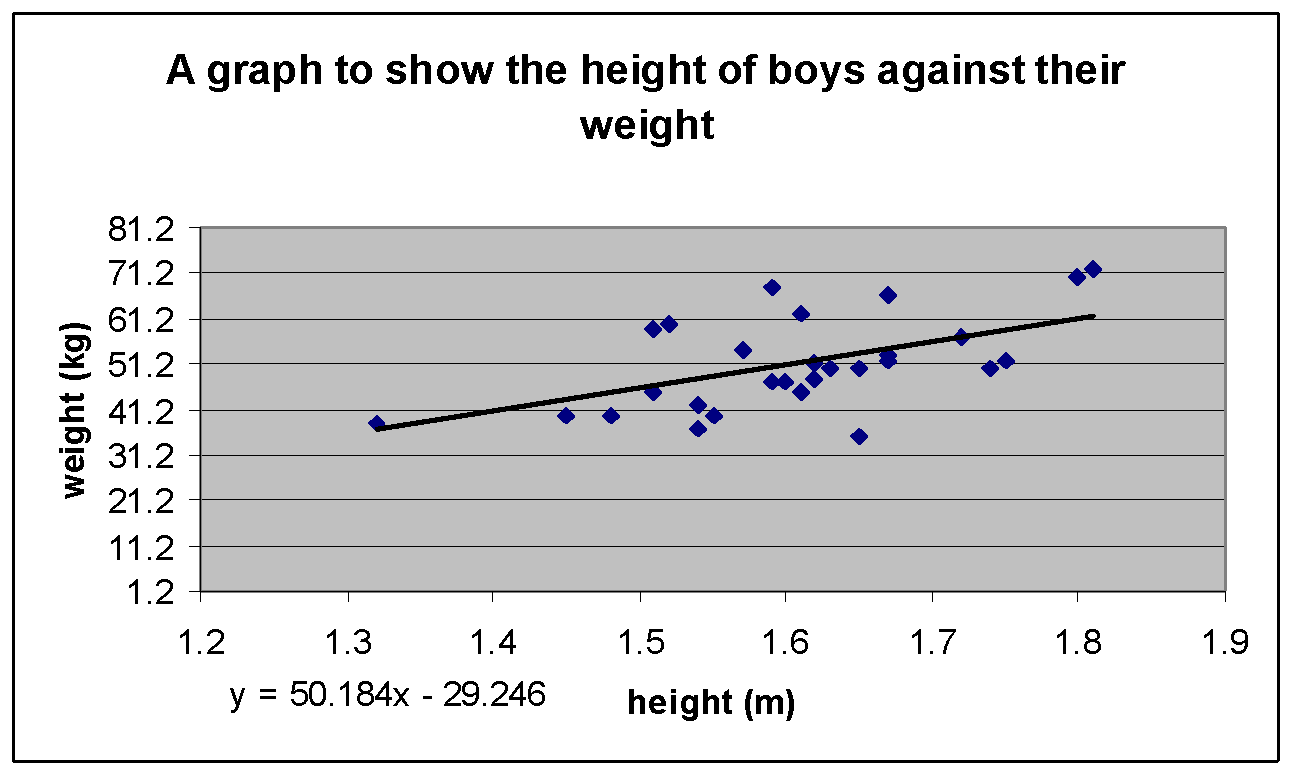 The graph also shows that as the height of the boys increases their weight also increases with a few exceptions. I can now work out how good the correlation is and compare it to the strength of the correlation form the graph of the girls.

I will now draw a histogram of the height of the boys and girls and compare them to see which of the two genders is taller and how the range of their heights. I predict that the boys will generally be taller than the girls and that the range of heights will be larger for boys than that of the girls. The table below is a summary of the boys data.

The first 2 rows and the last 2 rows had a low frequency so I grouped them together to give a higher frequency which would show a better representation of the data.

The histogram is plotted on the next page.

The histogram shows that most of the boy’s height is in the range of 1.5m to 1.7m but there are a few exceptions on either side of this range. Most boys are in the height range of 1.6m to 1.7m and the frequency density being 60.

The histogram is drawn on the next page. 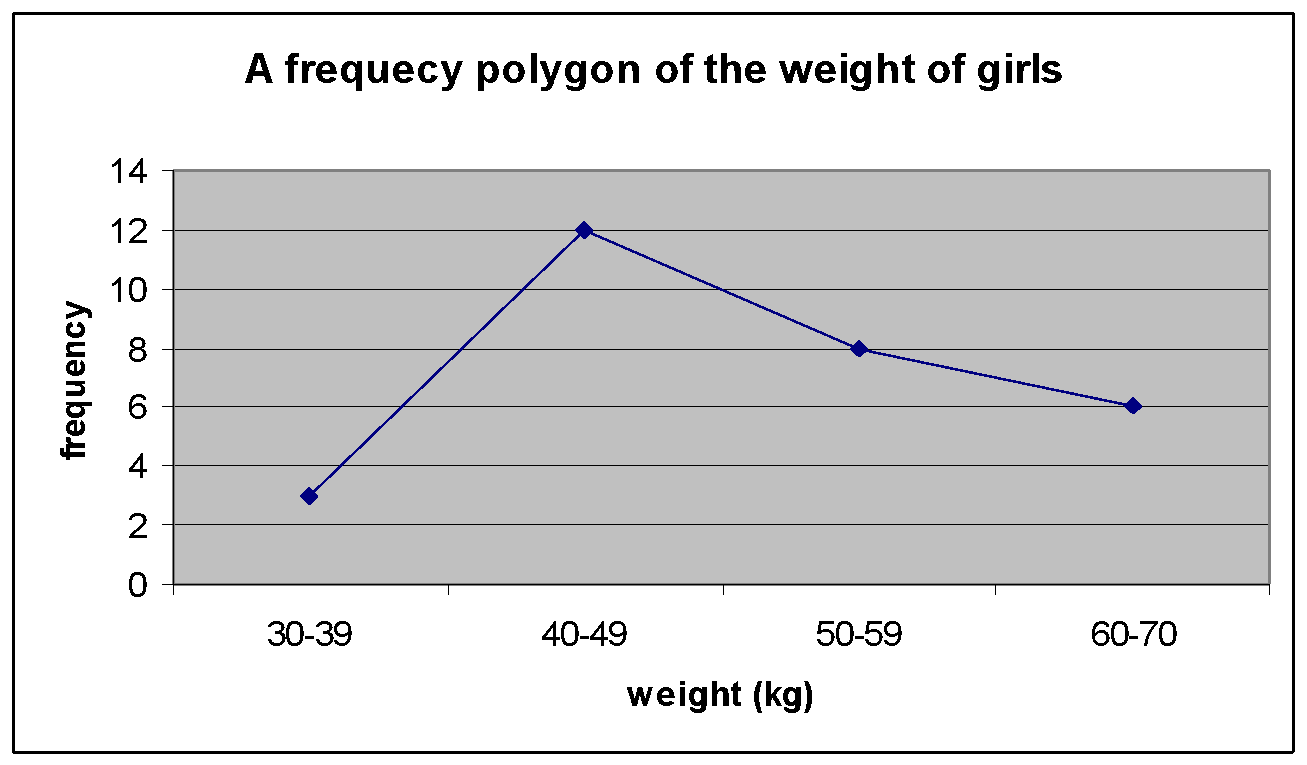 I will now draw a frequency polygon of the boy’s weights. The table shows the data that I will use. 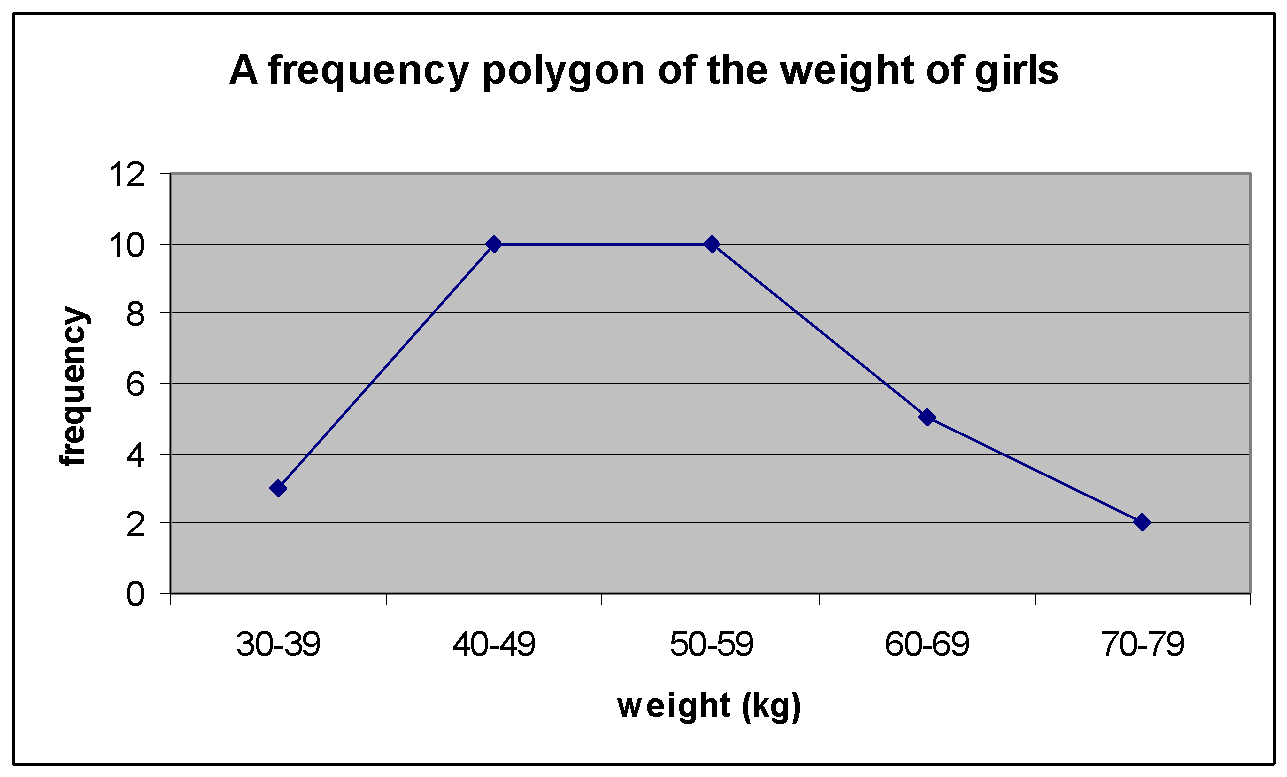 I will now plot the weight of the boys and girls on the same frequency polygon and compare the results. 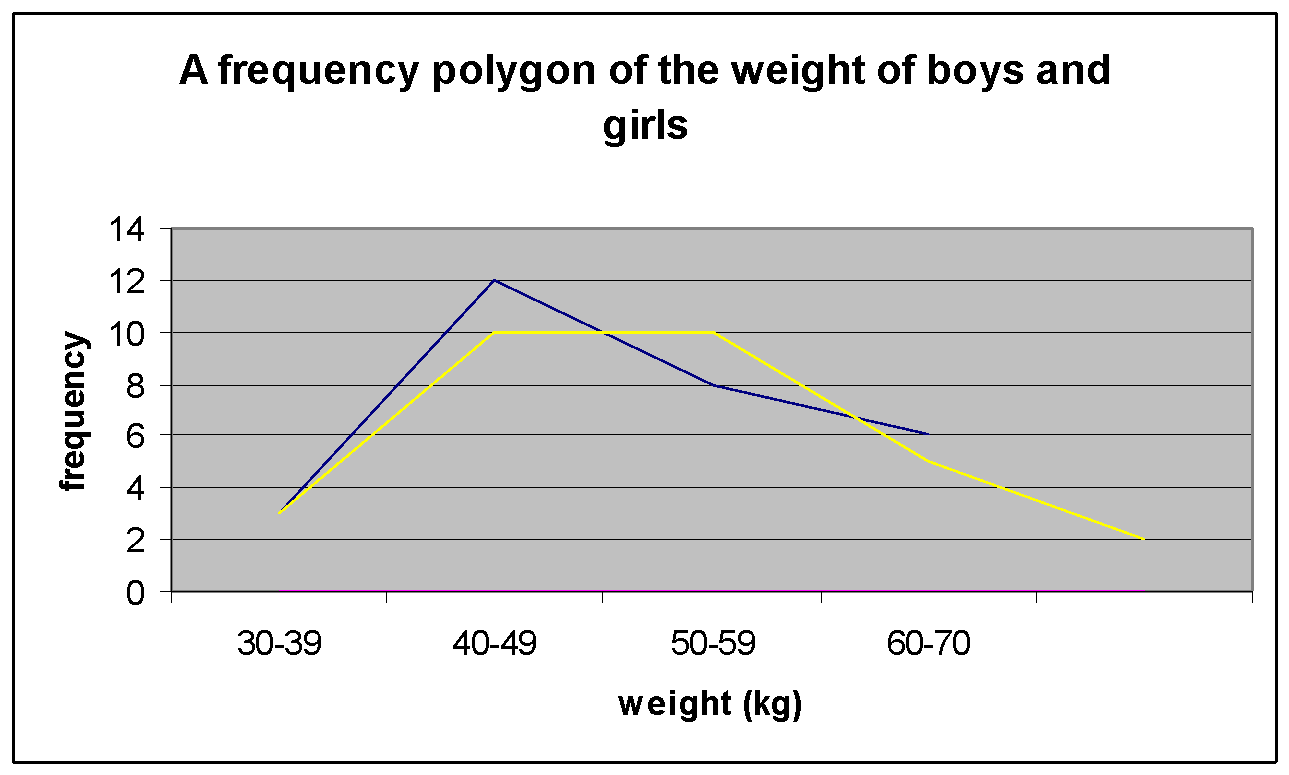 The results show that the majority of girls weigh between 40kg and 49 kg and there are quite a few girls that weigh between 50kg and 59kg. The majority of the boy’s weight is more spread out than the girls. The frequency for the majority is only 10 compared to the girls 12 but is spread out over a larger area of weight. The boys also tend to weigh more than girl. This is shown in the graph where the girl’s weight only goes up to 66kg and the boy’s weight goes up to 72kg. Overall the graph shows that the girls weigh more but the range of weight is wider for the boys than for the girls.

I will now have a look at the different year groups and see if it shows the same relationship as the relationship between the general amount of boys and girls. I will draw cumulative frequency graphs of the height of the boys first and compare them using box and whisker plots. I will then do the same with the girls and compare them using box plots. Finally I will compare the boys with the girls. I will start by taking a stratified sample of the different year groups.  I will be taking a sample of 10% of boys and girls from years 7 to 9.

Sample of girls from year 7-

Samples of boys from year 7 –

Sample of girls from year 8 –

I will now compare the height of the boys and girls from year 8.

I will now compare the height of the boys and girls from year 9.