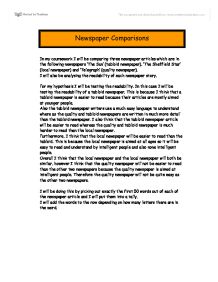 In my coursework I will be comparing three newspaper articles which are in the following newspapers ‘The Sun’ (tabloid newspaper), ‘The Sheffield Star’ (local newspaper) and ‘Telegraph’ (quality newspaper).

I will also be analysing the readability of each newspaper story.

Furthermore, I think that the local newspaper will be easier to read than the tabloid.

I will put them in to a talley and write how many letters are in each word. Once I have done that I will then compare the newspapers to each other. 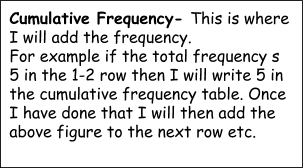 I will also keep