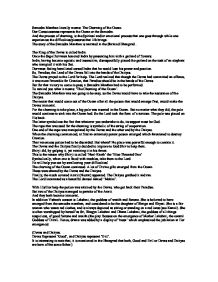 Samudra Manthan literally means: The Churning of the Ocean

Samudra Manthan literally means: The Churning of the Ocean. Our Consciousness represents the Ocean or the Samudra. And the process of churning, is the Spiritual and/or emotional process that one goes through while one experiences the difficulties/pleasures that life brings. The story of the Samudra Manthan is narrated in the Shrimad Bhaagvad . The King of the Devas is called Indra. Once the Sage Durvaasa honored Indra by presenting him with a garland of flowers. Indra, having become egoistic and insensitive, disrespectfully placed the garland on the tusk of an elephant who trampled it with his feet. Durvaasa feeling humiliated cursed Indra that he would lose his power and position. So, Paradise, the Land of the Devas fell into the hands of the Daityas. The Devas prayed to the Lord for help. The Lord realized that though the Devas had committed an offence, it was more favorable for Creation, that Paradise should be in the hands of the Devas. But for that victory to come to pass, a Samudra Manthan had to be performed. To remind you what it means: 'The Churning of the Ocean'. The Samudra Manthan was not going to be easy, so the Devas would have to take the assistance of the Daityas. The nectar that would come out of the Ocean after all the poison that would emerge first, would make the Devas immortal. ...read more.

Then Hari (Vishnu) smiled and said: "I shall restore your strength. Do now as I command: Cast into the Milky Sea potent herbs, then take Mount Mandara for churning-stick, the serpent Vasuki for rope, and churn the ocean for the dew of life. For this you need the daityas' ("demons'") aid: make alliance with them, therefore, and engage to share with them the fruit of your combined labour; promise them that by drinking the ambrosia they shall become immortal. But I shall see to it that they have no share in the water of life, but theirs shall be the labour only." Thus the gods entered into alliance with the demons, and jointly undertook the churning of the sea of milk. They cast into it potent herbs, they took Mount Mandara for the churning-stick and Vasuki for the rope. (The Indian milk-churn is a stick around which a long rope is twisted, and pulled alternately from opposite ends. The rope itself holds up the stick in a vertical position, and the turning of it to and fro accomplished the churning). The gods took up their station by the serpent's tail, the daityas ("demons") at its head. Hari (Vishnu) himself in tortoise shape became a pivot of the mountain as it was whirled around; he was present also unseen amongst the gods and demons, pulling the serpent to and fro; in another vast body he sat upon the summit of the mountain. ...read more.

For this you need the daityas' ("demons'") aid: make alliance with them, therefore, and engage to share with them the fruit of your combined labour; promise them that by drinking the ambrosia they shall become immortal. But I shall see to it that they have no share in the water of life, but theirs shall be the labour only." The Devas and Asuras agree to churn the ocean. The mountain is brought by Garuda(king of birds) and the rope is used for churning. However, the mountain begins to sink and Vishnu manifests into a giant tortoise to uphold it. Emphasis on churning(sound effects) Poision (halahal) emerges first and can destroy all of mankind. To save the human race, Lord Shiva consumes it and it rests in his throat. The Nectar (amrit) then emerges, followed by various nymphs and Mother Lakshmi. .(the play focuses on the emergence of Mother Lakshmi, the central Goddess of Divali. Hence, drama was added by a display of 'tassa' which emphasized the jubilation at Her emergence) The hymn created by Indra is recited afterward to honour Mother Lakshmi. It is Therefore seen that the strife between good and evil continues to this day although in the story, good dominates since only 2 daityas partook of the nectar. Divali signifies the triumph of good over evil among other things and this story is a good representation of the main aspects of Divali. ...read more.