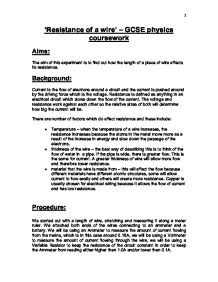 Current is the flow of electrons around a circuit and the current is pushed around by the driving force which is the voltage. Resistance is defined as anything in an electrical circuit which slows down the flow of the current. The voltage and resistance work against each other so the relative sizes of both will determine how big the current will be.

There are number of factors which do affect resistance and these include:

We started out with a length of wire, stretching and measuring it along a meter ruler. We attached both ends of the wires connecting to an ammeter and a battery. We will be using an Ammeter to measure the amount of current flowing from the mains, which is in this case around 0.19A, we will be using a Voltmeter to measure the amount of current flowing through the wire, we will be using a Variable Resistor to keep the resistance of the circuit constant in order to keep the Ammeter from reading either higher then 1.0A and/or lower then 0.1A. 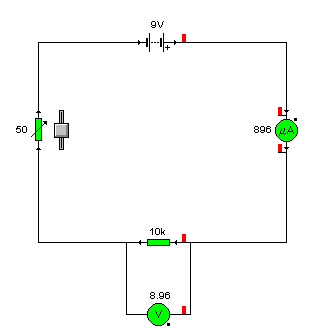 I predict that in order to make the experiment a fair and even test, each of the first three factors mentioned above must be kept constant, whilst we experiment with the length of the wire. Otherwise, if additional factors are affecting the experiment as well as altering length, we would not truly be able to conclude how the length affects resistance. The results would be inaccurate and in other words, this would make the experiment null and void.

These are some simple safety procedures that must be and were followed during the experiment in order to keep it fair, safe and smooth running:

The results that we received from this experiment to investigate the ways in which the length of a wire affects the resistance of it, showed exactly that.

As shown in the Graphs below; you can clearly see that the trend is as the length of the wire decreases the resistance of it increased.

There was only really one main trend shown in the results, and that is that as I mentioned above, about the fact that the length of the wire affects the resistance of it.

To find the resistance of a length of wire, we divided the current by the voltage; we did this constantly throughout the experiment. 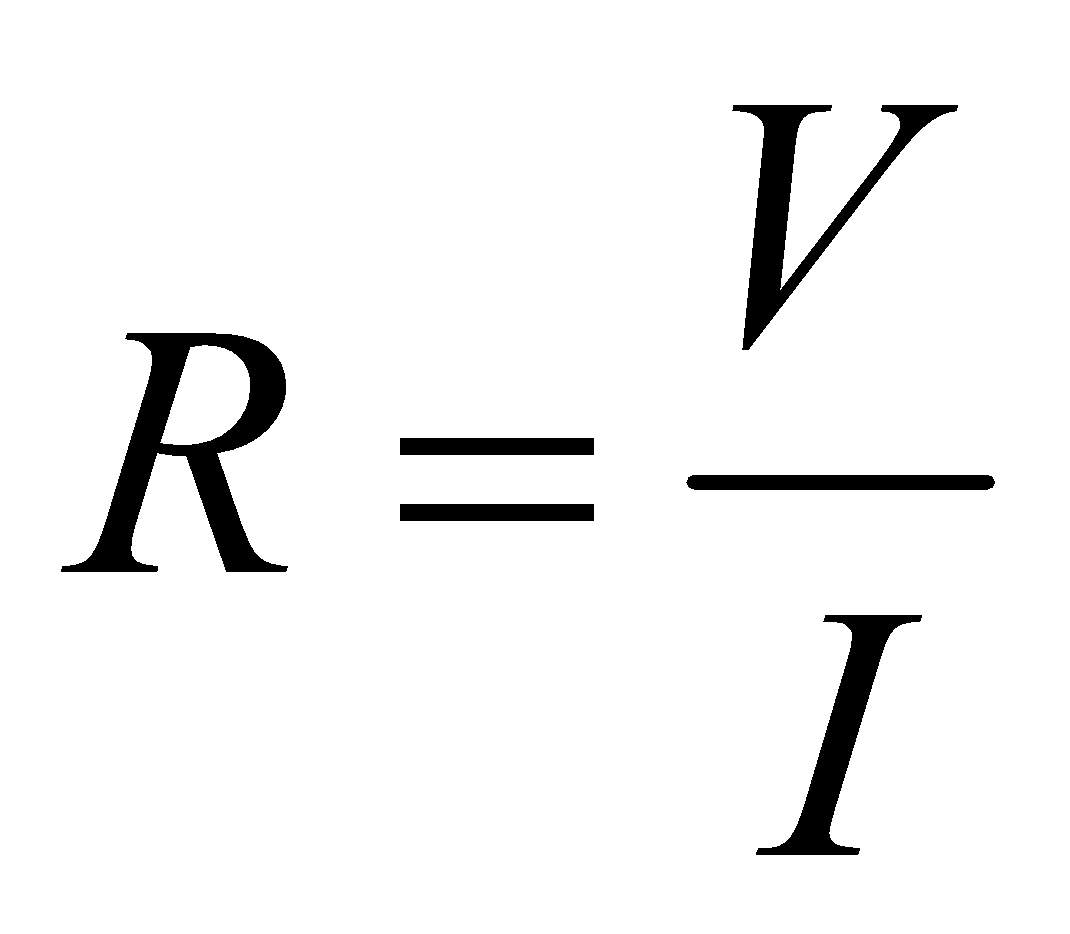 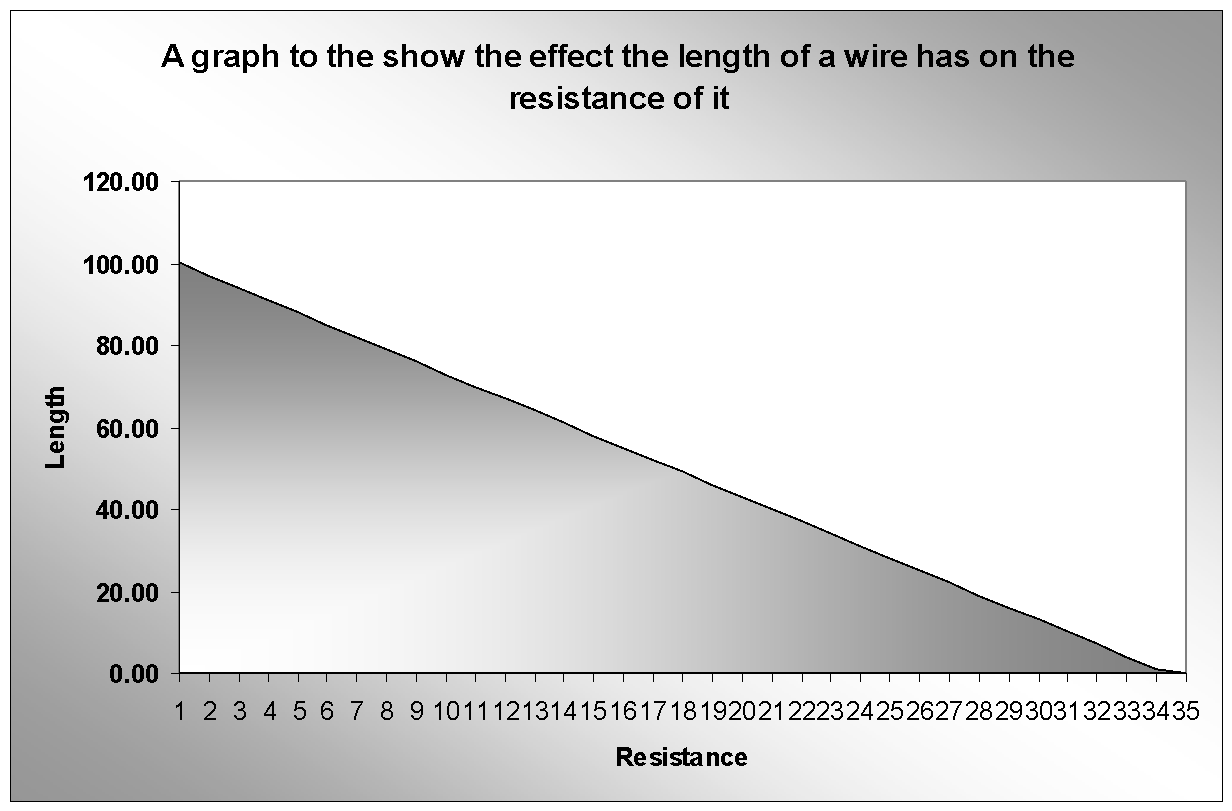 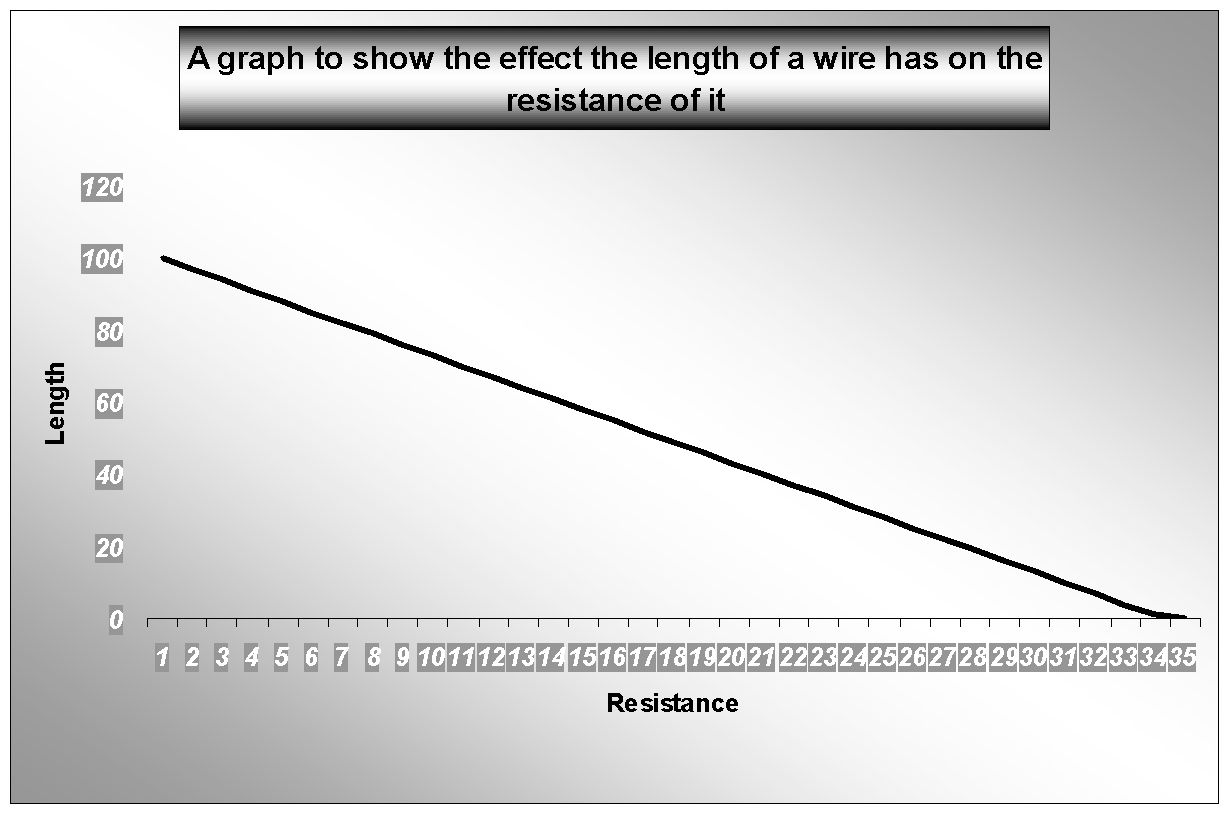 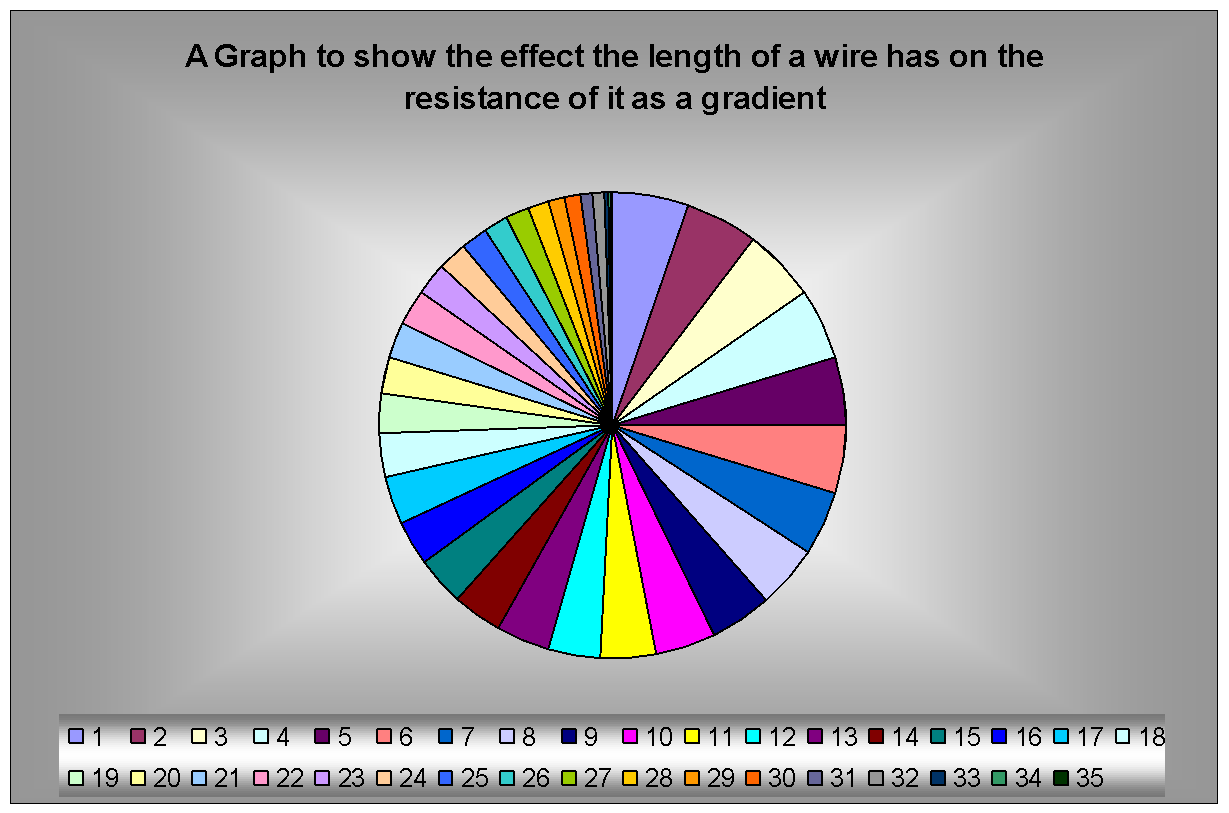 The results that we both received from doing the experiment, and from the graphs shown above, all indicate that the gradient is negative; i.e. as the length of the wire decreases, the resistance of it increases, this is because there is physically less space in the wire for the electrons to move through, thus causing electrical friction inside the wire, which leads to the wire glowing as the temperature increases.