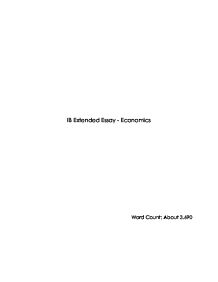 It seems as though the fixed exchange rate and access to CADIVI allow Manpa to gain greater profits. Their ability to convert Bolivares into dollars at the official rate is likely to have been a very significant factor contributing to their supernormal profits. For the pharmaceutical company however, CADIVI provides a series of difficulties to running a business smoothly and profitably. Access to CADIVI is generally permitted to firms producing products deemed "necessary. Firms in the food, healthcare, automotive, spare parts and some other industries are usually granted access to CADIVI." (Khandelwal) If a firm is selling a product that is considered to be a luxury, however, they must exchange money on the black market. Dr. Reddy's produces pharmaceutical goods, and so, it does have CADIVI access. Despite this, the inconveniences caused by the CADIVI process hamper the firm's ability to function. III. Dr. Reddy's, a pharmaceutical company Since the company I spoke to, Dr. Reddy's, is a pharmaceutical company, it, as well most of its competitors, has access to CADIVI. Given that all of the firms in the pharmaceuticals industry have CADIVI access; there isn't a significant advantage over other firms a firm could gain through CADIVI in this type of market. This type of market could be described as an imperfect oligopoly. The market for medicine contains a few large sellers. A key feature of an oligopoly is that entry is difficult. It is made very difficult to enter the market for pharmaceuticals in Venezuela because of the high costs of producing medicines and because of the bureaucracy involved with gaining CADIVI access. This particular market also features differentiated products. Pharmaceuticals range from antibiotics and cold medicine to cancer treatments. It is for this reason that many firms specialize in their product lines. Dr. Reddy's, for example, focuses much of its research and resources on cancer and diabetes treatments. When I spoke with someone from the firm, I asked if the firm charges elevated prices because of the inelastic demand for medicine. ...read more.

Speaking with the medical firm, however, I was told that despite the relatively inelastic demand for medicine, the numerous competitors provide substitutes which prevent a firm from charging prices that are too high. Manpa, it seems, benefits more from CADIVI because there are not as many competitors in the Venezuelan paper industry. Due to the decreased number of competitors, supply is not quite as high and Manpa has more influence when determining prices. In conclusion, a firm cannot be profitable unless it has access to CADIVI. Convenient CADIVI access allows a firm to benefit significantly. However, if a firm is producing a product that isn't completely necessary, their CADIVI access will be denied and their ability to function in Venezuela will be greatly hampered by the fixed exchange rate. In conclusion, the currency exchange process in Venezuela is greatly complicated. CADIVI access may allow a firm to reap greater profits but it may also prevent a firm from functioning to full capacity. A fixed exchange rate usually brings clarity. The rate should always be the same when exchanging currencies. Because of the parallel market, however, none of these benefits seem to apply in Venezuela. The Venezuelan Central Bank, the BCV, should always be buying or selling bonds and adjusting the interest rate to influence supply and demand of the currency in order to maintain the Bolivar at a fixed rate. This, however, is not that case. Venezuela has attempted to bring the parallel rate closer to the official rate but a lack of foreign reserves has made this difficult. For this reason, the fixed exchange rate currently overvalues the Bolivar significantly. This essentially takes away any of the clarity and predictability that a fixed exchange rate is supposed to bring. It was for this reason the pharmaceutical company I spoke to described Venezuela as a "high risk, high returns" location; this is especially the case now with the drastic drop in oil prices. ...read more.