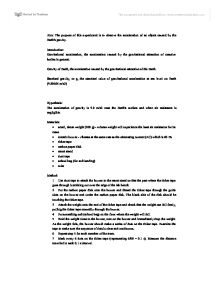 The purpose of this experiment is to observe the acceleration of an object caused by the Earth's gravity.

Aim: The purpose of this experiment is to observe the acceleration of an object caused by the Earth's gravity.

Gravity of Earth, the acceleration caused by the gravitational attraction of the Earth.

Standard gravity, or g, the standard value of gravitational acceleration at sea level on Earth (9.80665 m/s2)

The acceleration of gravity is 9.8 m/s2 near the Earth's surface and when air resistance is negligible.

Acceleration = (change in speed)/(change in time)

From our observations, we can calculate four or five (assuming initial speed of 0 cm/s) values of acceleration. For example:

The first interval is smaller than the others:

The following table shows the acceleration calculated for each interval: 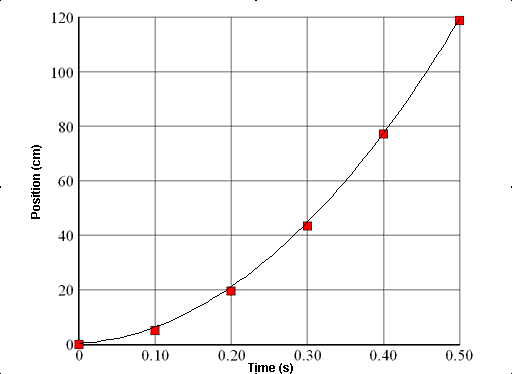 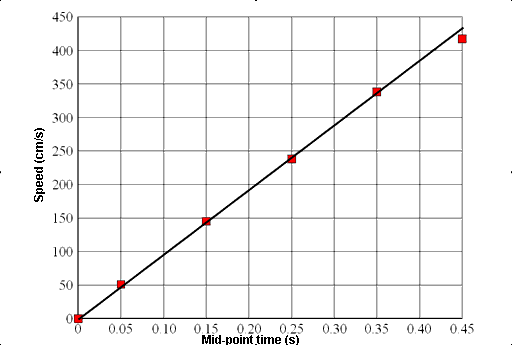 It is usually better to take a lot of measurements than just a few. In this lab, you could have exchanged results with other members of your team (since each member of the team should have had their own ticker tape to measure). In this way you could have had 15 or 20 acceleration values instead of just 5. For example:

From this table we can calculate an overall average acceleration of 908 cm/s2. this is actually LESS accurate than the first set of results, because the third member of the team had the poorest accuracy. However, it does indicate a systematic error: all the results are giving an acceleration less than our hypothesis. To reduce this error, we should look for factors in our experiment that were slowing the weight - for example, friction.