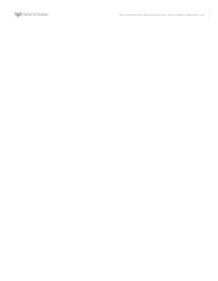 Chaucer's Pardoner's tale Analysis on lines 520 through to 602

Chaucer's Pardoner's tale Analysis on lines 520 through to 602 Chaucer's depiction of everyday life demonstrates the mockery, or even disregard for kindness, honesty and the other virtues that balance the sins prone to human error and judgment. With impiety being flaunted openly in society, this shows times of rebuke and alarm in the church, even man's faith in God's ruling. The connotation of the extract given is simply the ease of sin and how good men can without difficulty be undone by moments of weakness and foolery. He moulds the inner thoughts and desires of his characters intimately, summarising their nature rather than their movements and opinions. The rapidity of pace deciphers the verses as the tone strengthens the moral undertones. His anger shows through, particularly from lines 531 to 540 resulting in the highlighting of Chaucer's main frustration, - avoidable wickedness - whereby they lose themselves and everything they hold dear. The sins that cause the most damage to man are pride, wrath and gluttony. These sins, along with others, diminish souls and ultimately the prospect of eternal life and happiness in heaven. The narrative is in the first person, believed to be Chaucer's own voice and how he views people who openly sin. Chaucer's moralistic beliefs are being highlighted through the denotation of the pardoner's character's actions. The pardoner seems to be the puppet outlining the loneliness of transgressions gone awry. "Now lat us sitte and drynke, and make us merie, And afterward we wol his body berie." ...read more.

"Ther is no man that lyveth under the trone Of God, that sholde lyve so murye as I. And atte laste the feend, oure enemy, Putte in his thought that he sholde poyson beye," The seven deadly sins are pride, envy, anger, sloth, gluttony, avarice, and lechery. Geoffrey Chaucer's masterpiece, The Canterbury Tales, provides an excellent story about the deadly sins. Focusing mainly on the sins of pride, gluttony and greed, the characters found in The Canterbury Tales, particularly The Pardoner's Tale, are so overwhelmed by their earthly desires and ambitions that they fail to see the effects of their sinful actions, therefore depriving themselves of salvation. With the summary of the tale coming to a close, God's image is distorted by their immoral actions, with inebriation being the initial start to the deadly seven vices. This delivers the first of human failings, sin, thereby setting the tone of guilt, showing the listener the need for remorse. Chaucer reaches this with the opening to the studied passage 'To gete a glotoun deyntee mete and drynke! Of this matiere, o paul, wel kanstow trete -- Mete unto wombe, and wombe eek unto mete, Shal God destroyen bothe, as paulus seith. Showing the drink as an accompaniment to sin, gluttony reminds each individual that sins all lead to each other as they conjure up associated personal painful experiences. These brought up alongside the counterbalanced seven virtues gives great strength to salvation. Chaucer shows himself as the narrator, or man's conscience, as he personifies the voice of logic and reason, and so guides the reader to the inevitable conclusion. ...read more.

The balance of good intent, to corrupt from sinful gains shadows the story that was told by a man so worthy of pity and hatred that the ironic twist is not lost, even though the men found their fate. The pardoner lives on to tell the tale and grasp his forgivable life of emotionless riches. The style carries their deceit and sins. They declare they are good but the narrative makes liars of them as their tongues no longer know what they speak. Each narrative voice shows the central characters as bad, if not misguided and foolish men, directed only by the pleasures of the material world rather than the spiritual. Their comparison of themselves to honourable men, which are good and noble, plays to their pride and make them almost boastful, if the text had been in, the first person. Alas, the raconteur continues to show the men up, following every prideful sin. For the verse to finish with the men still being wicked, deceitful, and even turning against each other, they are shown as doomed. This is the message that I believe Chaucer is trying to scream out at us; Love God, love thy neighbour. Unfortunately there is always temptation but if you follow it, it will never take you to where you thought you would end up; instead, evil will take over, strip you of your soul and leave you bare and alone. "To take the botel ther the poysoun was, And drank, and yaf his felawe drynke also, For which anon they storven bothe two." Alex Bolshaw 17/06/07 Tutor Code: AA08 Course Code: 2473 Student Number: SS104709 Page 1 of 4 ...read more.