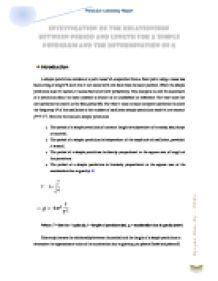 This study invests the relationship between the period and the length of a simple pendulum to determine the approximate value of the acceleration due to gravity g on planet Earth and planet X.

The virtual experiment was done online on 25th Febuary, 2012, at the Pendulum lab 2.03 (PhET, 2011) [2]. The apparatus was placed as shown in Figure 1. A digital clock at the toolbox was used to measure the time t for 10 complete oscillations. The pendulum bob was 1kg heavy and its mass was fixed throughout the experiment. Five different values of the string’s length were chosen to set the pendulum swing, which respectively were 0.5, 0.8, 1.1, 1.4, 1.7, 2.0m.

The experiment was carried out on planet Earth, under the condition of which the friction bar was slided to half-way. The pendulum bob was skewed off at a right angle which was 90 and was let to swing. Simultaneously, the digital clock was set to calculate the time for 10 cycles. The results then were recorded individually for each length and were written down in the form of a table at the end of the experiment. Subsequently, the figure was being analysed in order to determine the value of gravitational acceleration ‘g’on Earth. The uniform method was used to carry out the value of g on planet X. 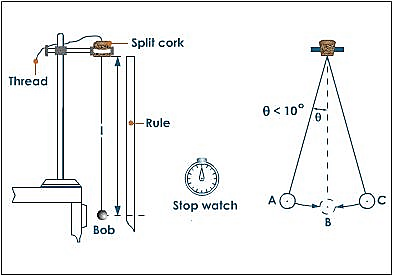 Table 1. Data collected and analysed from the experiment on planet Earth 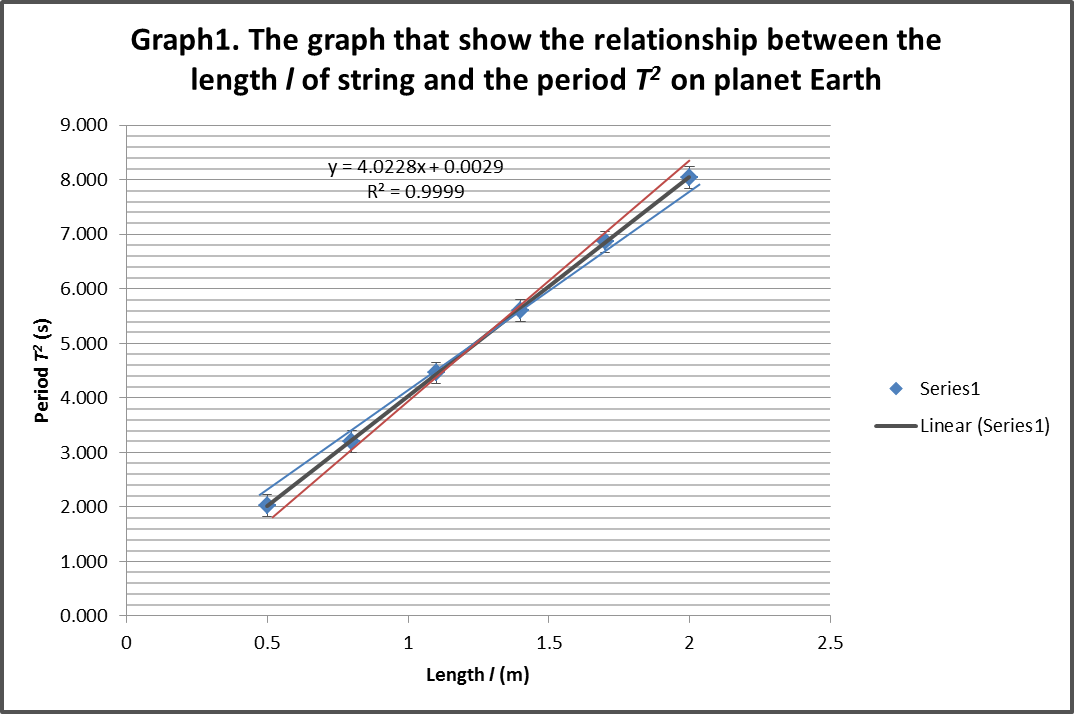 The periodT2increased steadily with respect to the length l (Graph 1). According to the graph, at 0.5m long, the square of the cycle was 2.022s. At the length of 2.0m, it increased and reached a peak of 8.049s.

planet Earth. It could be concerned that the gravitational pull-down force on planet X is greater than the one on Earth.

The value of R2is also close to 1, which implies the trend line is very linear. In the same way, the experiment was done smoothly and carried out the precise results. Since the investigation was performed online, the jeopardies such as the effect of wind, the uncontrollable amount of friction and mistakes in length measurement have been eliminated. The anomalous errors are mainly due to the slow reaction of timing the clock. Hence, an automatic digital clock should be used in the future experiment to improve more the precision.

Semiconductor bandgap Report. In this work, transmission spectroscopy was used under continuous ...