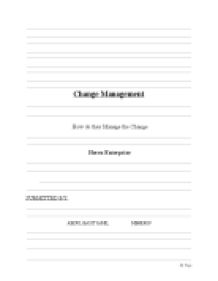 After their success of this little geographical expansion, they began to enter into the international market and for this purpose they brought local license holders into the partnership to control business activities in their relative regions. Product Back in 1971, they started with Fine coffees, Exotic teas and Dark roasting coffees (Coffee beans). Later on they expanded the product line by adding Italian style hot and cold espresso drinks, Hot and iced teas, Fresh pastries, Juices, Coffee making equipments, Coffee mugs and Music CDs. Distribution Channels One of the expansion strategies was to do the joint venture with PepsiCo in 1994. The purpose of this venture was to use the distribution channels of PepsiCo which were convenient so that Starbucks? distribution channels could also become convenient eventually. Financial Management Schultz asked for the ?Centralized Information Systems? to have a check and balance on sales in thousands of stores around the world by keeping the back up of transactions. Another strategy which they adopted was to convert the form of business from partnership to Private Company which opened the doors for raising firm?s capital. Human Resource Management or Personnel Management Following are the efforts they did to achieve employee commitment:- 1. Starting Health Care Program for permanent and part time employees as well 2. Paid vacations 3. Stock Purchase Plan (Employees could buy shares at discounted rates) 4. Stock Option Plan (Shares were offered on 12-14 percent deduction of basic pay) 5. 30 percent discounted products. Meeting the Social Corporate Responsibility Measures Starbucks did few efforts to meet its social corporate responsibility measures:- 1. In 1991, they organized concerts to sponsor CARE (The world relief organization) 2. In 1995, they provided financial assistance to Agricultural Improvement Projects 3. In 1997, they provided technology to the coffee growers of Guatemala. 4. In 2002, they started Green Store Task Program which was to reduce, reuse and recycle the wastes. ...read more.

9. They were also facing challenges from their competitors. In 2003 there were an estimated 14000 specialty coffee outlets in the United States but they were not competent enough to exert pressure at Starbucks. Q. No. 05 What recommendations would you make to Howard Schultz to sustain the company growth and support strong financial performance in the years ahead? Recommendations After analyzing the whole case study, we became able to give few suggestions to Howard Schultz which can be handy to sustain the growth and support strong financial performance in the forthcoming years:- 1. He should spend more budgets on advertisement of products. 2. He should bring innovations in his products because we saw in this case study that he was inspired by espresso bars so he imitated the whole theme of Italian espresso bars and the idea of dark roasted bean was an older one as well. 3. Before entering to any new geographical region he should study the market environment of that particular region as we saw that at Chicago there was an issue of cold weather and his store was at down-town-street. Furthermore, the labor rates and rents of building were higher as well. 4. At the stores Starbucks? technique to teach customers about how to make coffee was not a good idea because it does not support their business model. Therefore, it should be avoided in future. Above elaborated things were having details about the strategies of Starbucks which drove it for the Global dominance till 2004. Starbucks is in fact the recognized and respected brand in the world and if it can overcome the shortcomings which we identified then nobody can create bother for it to be successful and there will be no point left as a mistake on its part. Reference www.starbucks.com Case Study ?Starbucks in 2004: Driving for Global Dominance? written by Arthur A. Thompson, Amit J. Shah and Thomas F. Hawk. Suppliers? bargaining power Glad to supply inputs New entrants High entry barriers Bargaining power of buyers Higher level of attraction Substitute product Minor pressure building Competitors Exerting weak pressure ________________ | Page ...read more.