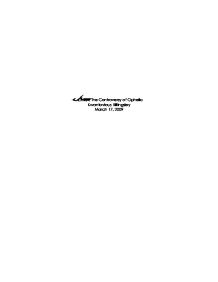 Hamlet: The Controversy of Ophelia

Hamlet: The Controversy of Ophelia Kwontavious Billingsley March 17, 2009 During the Elizabethan period women were not known to have important roles in society. They followed men and devoted their lives to their men . Women didn't have much say or play significant roles in society. It was mandatory for them to obey a "dominant code of ethics that prescribed chaste, silent, and obedient Renaissance women" (Pebworth 76). This stereotype stayed consistent for hundreds of years to come and has carried on through different generations, reaching the point where it has become traditional. In Shakespeare's play, Hamlet, his character Ophelia is a victim to this stereotype. Many feminist reading this play would disagree with or dislike the actions of Ophelia, stating that she is much weaker than the real character of a female. (Ophelia; a beautiful young woman who is regularly involved in conflicts but doesn't know how to solve them or stand up for herself.) She continuously turns to men for advice who basically control her life and alter her decisions. Shakespeare makes Ophelia consist of only one strong trait, her beauty. She lacks authority and self-respect because her male influences instruct her life and ultimately drive her insane which eventually leads to her suicide. ...read more.

He makes the conclusion that all women are defenseless and worthless. Later in the play, Ophelia suffers from Hamlet's act of "antic disposition." Hamlet verbally abuses her and severely hurts her emotionally. According to literary critic, Amanda Mabillard, Ophelia "is incapable of defending herself, but through her timid responses we clearly see her intense suffering." Hamlet rudely claims that he never loved Ophelia. Hamlet: ...I did love you once. /Ophelia: Indeed, my, lord, you made me believe so./ Hamlet: You should not have believed me...I loved you not. /Ophelia: I was the more deceived, (III, 1, 115-120.) Not only does this hurt Ophelia emotionally but Hamlet's act of insanity drastically confuses Ophelia. Polonius believes Hamlet is madly in love with Ophelia but Hamlet admits that he never loved her at all. "Another example concerns Hamlet's false madness. Through it, he gives unrestrained vent to inward pain regarding moral corruption, regardless of the shattering effect of his words on his auditors. Indeed, Ophelia becomes the primary victim of such onslaught," (Levy 53.) Hamlet's act of insanity contradicts the idea of him being in love with Ophelia. ...read more.

(IV, 4, 37.) Ophelia sings and shows signs of joyfulness as a way of mourning her father's death, instead of being sad. Her madness is very apparent, she is very much insane, she can no longer cope with the rest of society. With no structure and a broken heart, her life goes through a drastic change. She goes from a normal lifestyle to a confused and emotionally damaged life. She then reaches the point of severe depression and insanity which causes her to enter a different state of mind. The character Ophelia never gains a true identity, she is influenced by the men in her life. The choices she makes reflect their desires. By them making her decisions and criticizing her actions she never actually gets the chance to live her life. She lives accordingly to the men. Later, Ophelia is found dead in a brook. Many will say that this proves her weakness of dealing with adversity. However, her suicide was ultimately caused by the males who she interacts with throughout the play. Their commands and actions cause stress and emotional pain which breaks down who Ophelia is as a person. Frankly she can no longer deal with these circumstances. She is not driven insane because of a weakness in females, Hamlet, Laertes, and Polonius destroy her life, slowly but surely. ...read more.