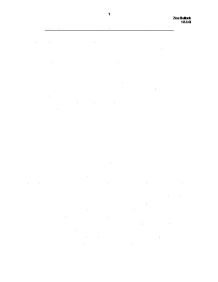 In what ways can 'A Streetcar Named Desire' be seen as a modern tragedy?

In what ways can 'A Streetcar Named Desire' be seen as a modern tragedy? The ways in which 'A Streetcar Named Desire' by Tennessee Williams can be seen as a modern tragedy, or indeed as any tragedy is a subject of much contention. The answer lies in one's interpretation of the characters in the context of the genre; the tragedy is made or discarded depending on whether the audience's sympathy lies with Blanche or Stanley. In order to explore these interpretations one must define the features of modern tragedy as opposed to the ancient Aristotelian definition. The two share some features, such as the violation of the 'natural order' of social or personal relationships (i.e. Oedipus' incestuous relationship with his mother), and the focus on a tragic hero's fall from status, respect, and in classical tragedies from power and wealth. However, there are also stark differences in modern tragedy where (especially in Williams' plays) the hero is more likely to be feminine. Although this is not exclusive to modern tragedies - in Sophocles' 'Antigone' the protagonist is female - it is certainly a feature. Social issues are also treated more personally as the epic scale of civil unrest present in most Aristotelian tragedies is discarded in favor of a focus on a single family unit as a microcosm of social behaviour. ...read more.

She certainly bears a striking surface resemblance to the ancient tragic heroes in her evident fall from high to low, from Belle Reve to the Elysian Fields. This is made evident in her first entrance; her appearance is described as 'incongruous' and techniques such as the repetition of "Stella, oh Stella, Stella!" stress her hysterical inability to cope with her new surroundings. However even this is punctuated in the stage directions with "feverish vivacity" - suggesting a desperate or false behaviour at odds with the ancient definition of the tragic hero as an essentially noble character. This is emphasised later in the scene by the first suggestion of Blanche's alcoholism as she "rushes" to the liquor closet "panting for breath", and corroborated as evidence of her sordid affairs at the Hotel Flamingo is revealed. Indeed Blanche herself talks about the "rattle-trap streetcar" called Desire that "brought me here", indicating that her downfall was caused by her own "brutal desire". Yet if we do accept that Blanche has already completely fallen into poverty and alcoholism, then the play itself becomes the mere aftermath of a tragedy; the effect of a destroyed character upon her surroundings. Some critics would agree completely with this standpoint - indeed the director of the stage debut, Elia Kazan, portrayed Blanche as a "phony, corrupt, sick, destructive woman"� wrecking Stanley's home who deserved - indeed needed - to be driven out. ...read more.

Unlike in Shakespearian tragedies such as 'Othello' where the enemy is clearly portrayed, Williams blurs the distinctions between right and wrong until the play more resembles the tragedies of Sophocles, which are essentially concerned with the crisis of right versus right leading to an outcome in which no-one wins. So, although critics such as Joseph Wood Krutch state that "Tragedy must have a hero if it is not to be merely an accusation against, instead of a justification of the world in which it occurs"4 this is not necessarily true. 'A Streetcar Named Desire', along with many other Tennessee Williams' plays such as 'The Glass Menagerie' is tragic not because it details the fall of a hero, but precisely because it contains no hero at all. Modern tragedy is itself an accusation against a grey, mundane world of ordinary people, for whom the only escape is through self-delusion, alcohol, s*x or madness. In this respect 'A Streetcar Named Desire' becomes the ultimate example of modern tragedy as, after Blanche's entire existence is shattered, the others merely resume their poker game. The entire play is built around this tragic indifference, both with the detached ending "This game is seven-card stud" and the very preface, where Williams foreshadows Blanche's inevitable destruction with the words of Hart Crane, "And so it was that I entered the broken world. ...read more.