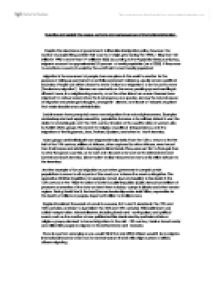 Describe and explain the causes, patterns and consequences of international migration

Describe and explain the causes, patterns and consequences of international migration Despite the reluctance of governments to liberalize immigration policy, however, the number of people living outside their country of origin grew during the 1990s, rising from 120 million in 1990 to more than 191 million in 2005. According to the Population Resource Bureau, migrants account for approximately 2.9 percent of world population (as of 2005). If they were to constitute a country it would by the world's sixth-most heavily populated. Migration is the movement of people from one place in the world to another for the purpose of taking up permanent or partially permanent residence, usually across a political boundary. People can either choose to move ("voluntary migration") or be forced to move ("involuntary migration"). Humans are constantly on the move, packing up and resettling in different towns, in a neighbouring country, or on the other side of an ocean. Humans have migrated for various reasons since their emergence as a species. Among the natural causes of migration are prolonged droughts, changes in climate, and floods or volcanic eruptions that make sizeable areas uninhabitable. Social reasons have prompted many more migrations than natural phenomena. Examples are inadequate food supply caused by population increase or by soil loss; defeat in war; the desire for material gain, as in the 13th-century invasion of the wealthy cities of western Asia by Turkish ethnic groups. ...read more.

Large numbers of Southeast Asians, including refugees from the Vietnam War, have also immigrated to the United States. The global patterns of migration are complex and have changed over time. In the past thirty years there have been large flows of people both between developing countries and from developing to developed countries. Also, historically, during the colonial era, there were large flows of people from more to less developed countries. For example, between 1901 and 1911 Britain had an average net emigration rate of nearly 90,000 people per year. They have been patterns emerging that politically reasons in the past have become the most reasons to migrate for many people even though they live in MEDC's due to civil and international wars. However the cause of international migration today is mainly for either economical or social reasons. People often move for finical gain or for a better quality of life in the means of relaxation and less stress mostly for retired people. As well as encouraging migration, globalization also produces countervailing forces. For example, as businesses grow and become more internationalized they often outsource their production to developing countries where labour costs are lower. This movement of jobs from the developed to the developing world mitigates those factors leading to migration. In a global economy, in other words, jobs can move to potential migrants instead of migrants moving to potential jobs. ...read more.

Increasingly, voices are raised that instead of thinking of 'brain drain', governments need to facilitate 'brain circulation'. Existing studies on forced migration have conventionally been concerned with understanding the social, cultural and economic impacts of this process, and the policy or practical interventions that could minimise the accompanying processes of impoverishment. However, such approaches tend to view forced migrants simply as problems, rather than according agency to refugees and outsiders as they make the best of their adverse conditions and mobilise around their rights. In line with our approach to other types of migration, the objective here is to consider instead consider the variety of ways in which forced migrants themselves seek to minimise the costs and vulnerabilities associated with forced displacement, whilst also maximising any benefits that might be associated with being in new places. The attitude towards migrants an especially refugee is quite hostile though there are positive aspects of migration like: The alternation of physical characteristics of ethnic groups through intermarriage. Changes in cultural characteristics through adoption of the cultural patterns of peoples encountered. Modifies language. However socially this is a very sensitive matter as many ethic groups tend to not integrate within outside of each other due to many reasons which causes even more hostility. Migration has positive effects on this world however I conclude that even though socially migration is having a negative effect; people of any background, ethicality etc have the right to migrate where they choose as this world is not solely owned by one being . ?? ?? ?? ?? ...read more.