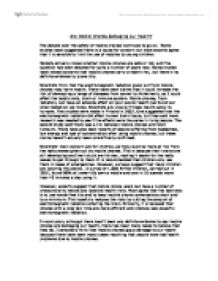 The debate over the safety of mobile phones continues to go on.  Some studies have suggested there is a cause for concern but most experts agree that it is sensible to limit the use of mobiles by young children.

Nobody actually knows whether mobile phones are safe or not, and the question has been debated for quite a number of years now. Some studies have raised concerns that mobile phones carry a health risk, but there is no definite evidence to prove this.

Scientists think that the electromagnetic radiation given out from mobile phones may harm health. There have been claims that it could increase the risk of developing a range of diseases from cancer to Alzheimer's, as it could affect the body's cells, brain or immune system. Mobile phones, from radiation, can have an adverse effect on your overall health (as found out when tested on lab mice). Scientists are unsure if these results apply to humans. Two studies were made in Finland in 2002. One suggested that the electromagnetic radiation did affect human brain tissue, but they said more research was needed to see if the effects were the same in living people. The second study said there was a link between mobile phones and brain tumours. There have also been reports of people suffering from headaches, low energy and loss of concentration after using mobile phones; but these claims haven’t actually been scientifically confirmed.

Scientists’ main concern are for children, as they could be more at risk from the radio waves given out by mobile phones. This is because their brains are still developing and their skulls are thinner, making it easier for the radio waves to get through to them. It is recommended that children only use them in cases of emergencies. However, surveys suggest that many children are ignoring the advice.  A survey of 1,000 British children, carried out in 2001, found 90% of under-16s own a mobile and one in 10 spends more than 45 minutes a day using it.

However, experts suggest that mobile phone users can take a number of precautions to reduce any possible health risks. Most agree that the best step is to use hands free kits and to keep mobile phone conversations short and to a minimum. This hopefully reduces the risks by cutting the amount of electromagnetic radiation entering the brain. Similarly, it is believed that phones with a long talk time are more efficient and produce less powerful electromagnetic radiation.