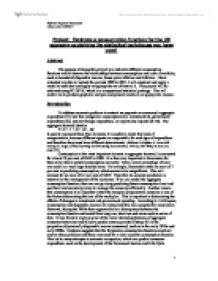 Estimate a consumption function for the UK economy explaining the statistical techniques you have used.

Project:  Estimate a consumption function for the UK economy explaining the statistical techniques you have used.

The purpose of doing this project is to estimate different consumption functions and to observe the relationships between consumption and a set of variables, such as household disposable income, house price inflation and inflation.  I have extended my data to include the periods 1999 to 2001. I will construct and apply a model to such data and apply an appropriate set of tests to it.  This project will be achieved using PC GIVE, which is a computerised statistical package.  This will enable me to produce graphical analysis and present results in an appropriate manner.

Is used to represent these four elements. It is useful to make this kind of categorization, because different agents are responsible for each type of expenditure and therefore they must have different determinants.  (William E.Griffiths, R, Carer Hill, George G. Judge, (1993) Learning and Practicing Econometrics, 1993 by John Wiley & Sons, Inc, page 261)

Consumption is the most important element in aggregate demand, it accounted for almost 70 per cent of GDP in 1989.  It is thus very important to forecasters for them to be able to predict consumption correctly.

R2 is called the coefficient of determination.  It indicates how well the predicted line fits the actual data.  The closer it is to 1 the greater the predictive ability of our model over the sample observations.  The R2 for this consumption function is 0.996.  This is roughly equal to one.  This means that the estimation fits the line quite well.

The reason to use logarithms is because it makes the residuals smaller, thus a better estimation.  C = log(C) and y = log(Y). The relationship between C and Y is:

c1 is the elasticity of consumption with respect to income.  Estimating this log consumption function we obtain:

The elasticity with respect to income is 0.937 and the level of consumption predicted is very similar to the simple Keynesian consumption function.

R2 is 0.997.  This is closer to 1 than the previous value.  This means the estimation fits the actual line even better. 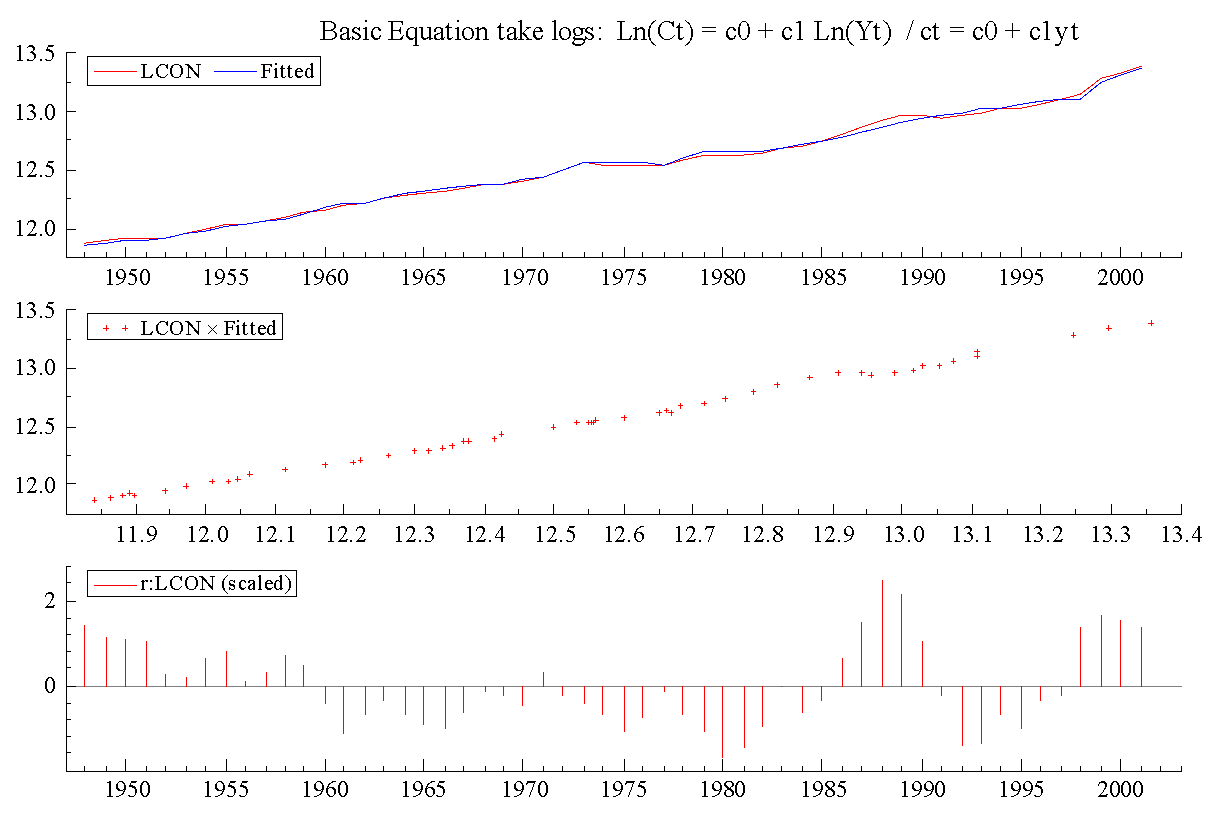 The predicted value does not always fit the actual data.  The R2 is 0.75; it is not very high compared to other consumption functions.  However, its DW value is 1.24, this is closer to 2.  This means that residuals are random distributed, which means it would not be easy to model.

Consumption is the most important element over aggregate demand in the economy.

In this project I started by estimating the simple Keynesian consumption function using the data collected from 1948 to 2002.  Then I introduced a number of additional factors, which should influence consumption.  I used the log to minimise errors and lag structure to compare the difference between last years consumption to the current consumption.

There are also other important factors, which influence consumption, such as house prices and uncertainties.  If I were to do this project again I would include these factors in my estimated consumption function.