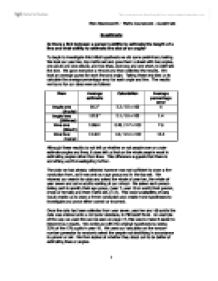 To begin to investigate this initial hypothesis we did some preliminary testing.  We took our year ten, top maths set and gave them a sheet with two angles, one acute and one obtuse, and two lines, one long and one short, to estimate the size.  We gave everyone a minute and then collected the results.  We took an average guess for each line and angle.  Taking these enabled us to calculate the average percentage error for each angle and line.  The results we found for our class were as follows:

Although these results do not tell

35% of year 10 gave us 45 pupils to look at, we used the computer to calculate the % error for each pupil and then took an average for each line and angle. 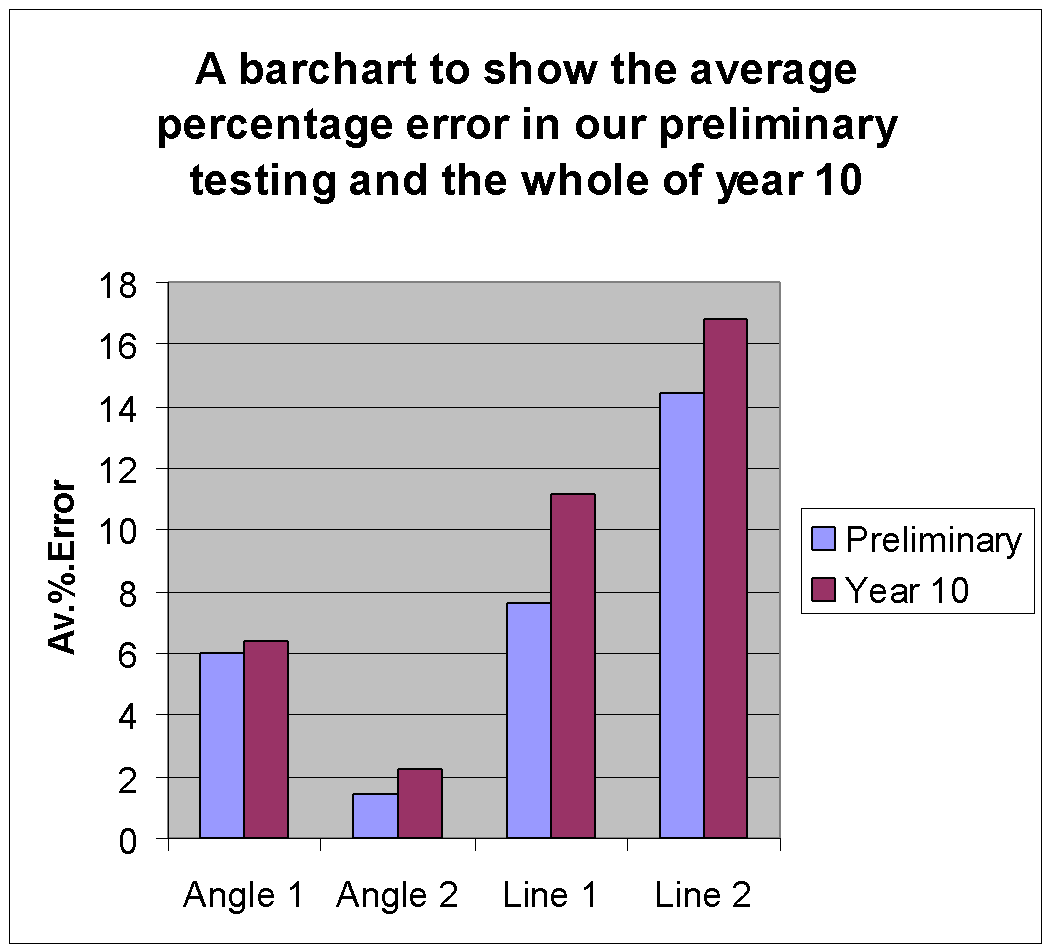 This bar chart shows that our year 10 top set was quite typical of the whole of year 10, although as the fact it is a top set would indicate it shows they are slightly better.  It shows me that year 10s are better in general at estimating angles than lines, although acute angles and long lines puzzle them more than obtuse angles and short lines, which is surprising as it shows that there isn’t a link between the size of something, e.g. small things are easier to estimate whether it is a line or an angle.

I then moved onto investigating the same hypothesis with a cumulative frequency graph which will tell me for each estimation how many of the people in my year 10 sample were within 10% of the real value, (5% either side).

These results back up what our bar charts of percentage errors tell us.  That people were better at estimating shorter lines and larger angles.  It gives us the following statements:

This also tells us that year 10s are better at estimating angles than lines which brings me to my second hypothesis.