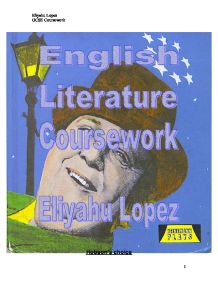 Hobson's choice Hobson's choice is a comedy set in Salford, 1880 (In those times Salford was separate to Manchester) a period when development of trade unionism had begun. Harold Brighouse wrote the play in 1915 and it was performed in 1916. He wrote it to raise the morale of the population. This story mainly revolves around Willie, an uneducated and illiterate person who completely lacks self-confidence, working as a cobbler for Hobson, and Maggie, an exceedingly assertive woman. Maggie is a woman who we can recognize as way ahead of her time. Maggie is the daughter of Hobson, a disreputable, pompous, nasty piece of work. Hobson is portrayed throughout the play as being chauvinistic, arrogant and a drunkard. Maggie is one of his three daughters. Hobson is depicted as a middle-class, patriotic Englishman which can be seen from the text. 'HOBSON: I'm middle class and proud of it. I stand for common sense and sincerity." Brighouse mainly focuses on Maggie, as she is the dramatic backbone of the story, and the key to the development of Willie. She supports him against her drunkard father, and she helps him to assert himself, she also sees a bright future for him being the owner of a shoe shop. ...read more.

When Willie is asked to get married, he is taken aback, as it is not usual for a woman of her stature to request from a man of poor education to marry. She was from the middle class and he was from the lower class. We know right from the beginning that Willie has potential as Mrs. Hepworth says to him 'you're a treasure." To the audience watching, they would have gasped at this proposal. Class in the 19th century era was especially distinguishable. This is shown by the way Hobson, a middle class man bends down and fondles with Mrs. Hepworth's boots. Mrs.Hepworth is a higher-class woman. Willie refers to Hobson as "sir", and to Maggie as the "master's daughter." This shows his fear of Hobson. Hobson is clearly the boss of the house, this is because he has a very dominant character and he is male. This is shown in the scene where he states what time dinner is. Maggie is also a very bold person, she stands up to her father, for example, "You will pay my man, Will Mossop, the same wages as before. ...read more.

In the scene where Hobson falls into the cellars of Beenstock where they have sued him for spying on the company's secrets, it is very ironic as only Maggie knows this and Hobson does not. She then takes matters in her own hands and lets the case be dealt with avoiding publicity. She then takes the other five hundred to help marry off her two sisters. This is where we see her setting her father straight. Because Hobson who is narrow-minded slips into alcoholism, this mainly contributes to the reversal of roles between him and Willie. It causes Hobson to fall into the cellar, which is a very important dramatic action, which contributes to the fall of Hobson. Chain reactions of dramatic devices take place throughout the play. For example: - Because Hobson is a drunkard this ends up making him fall into the cellar which then results in him giving dowries to his daughters. This instance shows the change of character, and their actions and the great power of dramatic devices. As the play moves on slowly the tables are turning round, until Willie ends up as a successful and articulate businessman who is extremely confident and Hobson -a business collaborate with a illness. ?? ?? ?? ?? Eliyahu Lopez GCSE Coursework 1 ...read more.