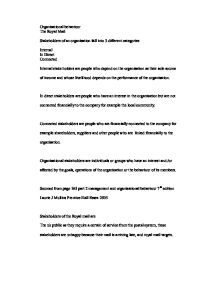 He describes the problems of international technology transfer experienced an American multinational construction company in terms of 3 lessons they learned from their mistakes. The first lesson concerned the conflict between efficiency and relationships. The company lost its Venezuelan contract to a French company because , in south America, quality of inter personal relationships is considered more important that efficiency, costs, timing and deadlines. American managers concentrated on efficiency and thus failed to develop the necessary rapport trust and mutual understanding. The Venezuelans preferred to work with people who were "simpatico", and the French understood and concentrated on this. In contrast, Copeland points out that Americans are amazed that anyone puts so much consideration over price and product. The second lesson concerned the conflict between the truth and face. The companies American engineers in Japan caused great offence with the communications style whilst helping local engineers with plant construction. They would tell a Japanese directly when they had done something wrong. This hurt Japanese sensibilities implied loss of face and should have been achieved through indirect communication. The Americans felt that the Japanese were "beating about the bush" and would actually say "yes" when they really meant "no". Americans attribute achievement and failure to the competitive individual. The Japanese in contrast value teamwork and harmony. ...read more.

Croziers style of leadership is of an aggressive style which he is infamous for whilst he was chairman for the FA but in the case of royal mail that is what was needed to turn the company around. Adam Crozier, Royal Mail's Chief Executive, said the Christmas trading performance put the company on course to make a profit on day-to-day operations of more than �400 million in the financial year to March 2005, which will allow Royal Mail to achieve its plan of giving its people a Share in Success payment of at least �800. "We are determined to reward employees for their part in the success of Royal Mail," said Mr Crozier. He added that Royal Mail had recently announced it was making more than �1 million a day on its operations - a turnaround from the losses of well over �1 million a day it was recording just three years ago. But Mr Crozier cautioned: "Royal Mail must perform even better as we go forward. There can be no let-up in our drive to deliver high quality services to our customers, day-in, day-out, while generating profits to reinvest in our future and give our shareholder an acceptable return. "Royal Mail is making remarkable progress. But the biggest challenges lie ahead as we compete in a market that is set to be open to full competition in less than a year's time in January 2006. Improving quality of service must remain our number one priority. ...read more.