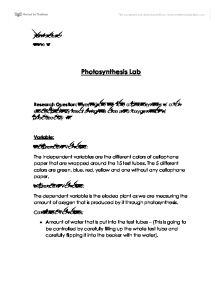 Research Question: Investigate the rate of photosynthesis of an elodea plant by measuring the amount of oxygen that is produced by it.

The dependent variable is the elodea plant as we are measuring the amount of oxygen that is produced by it through photosynthesis. 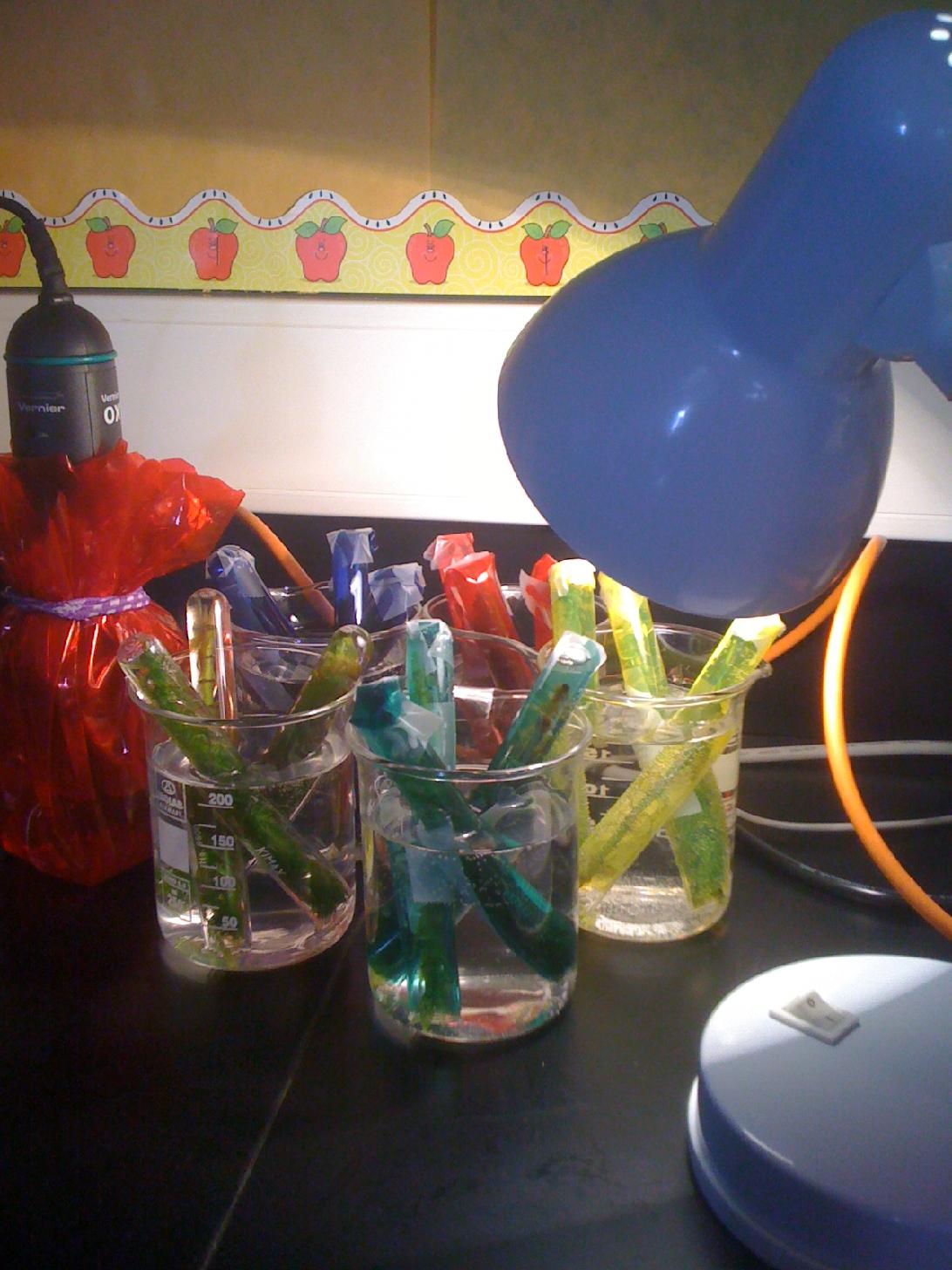 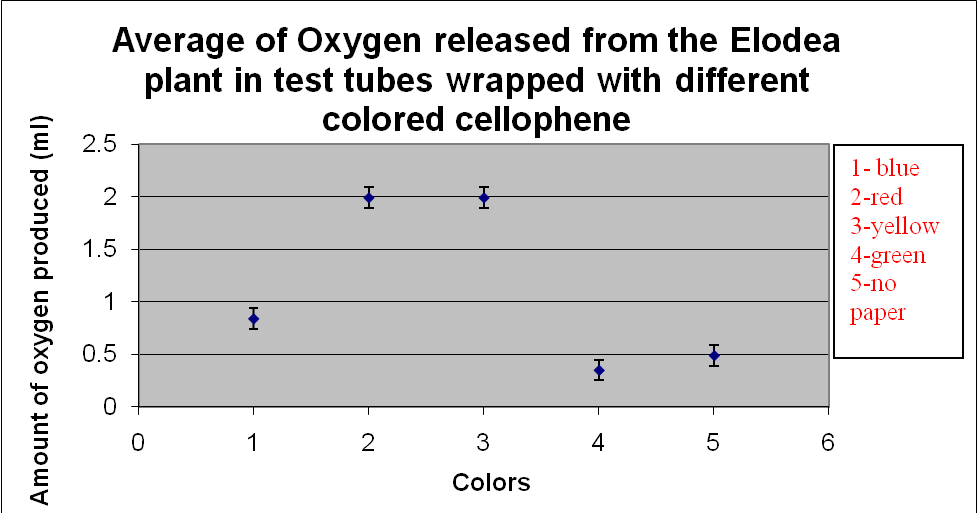 Average: The sum of all the trials divided by the number of trials