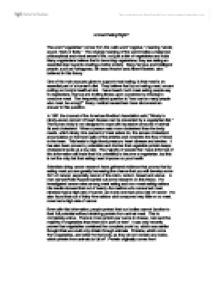 Is Meat Eating Right? The word "vegetarian" comes from the Latin word "vegetus," meaning "whole, sound, fresh or lively." The original meaning of the word implies a balanced philosophical and moral sense of life, not just a diet of vegetables and fruits. Many vegetarians believe that in becoming vegetarians, they are taking an essential step towards creating a better society. Many famous and intelligent people, such as Pythagoras, Sir Isaac Newton and Albert Einstein, also believed in this theory. One of the main excuses given to support meat eating, is that meat is an essential part of a human's diet. They believe that by not eating meat, we are putting our body's health at risk. I have heard much meat eating people say to vegetarians, that we are inviting illness upon ourselves by refusing to consume meat. The frequently asked question is "how can so many people who meat, be wrong?" Many medical researchers have discovered an answer to this question. In 1961 the Journal of the American Medical Association said, "Ninety to ninety-seven percent of heart disease can be prevented by a vegetarian diet." The human body is not designed to cope with excessive amounts of animal fat and cholesterol. When a person eats more cholesterol than the body needs, which ninety nine percent of meat eaters do, the excess cholesterol accumulates on the inner walls of the arteries and constricts the flow of blood to the heart. ...read more.

This has been proven by historians to be impossible as human's teeth and jaws were designed with the intention that humans would be omnivorous. It was only as time progressed that human's invented weapons to kill animals, and cutlery to allow it to be possible for them to eat meat. Even in most industrialized countries, the consistent eating of meat is less than a hundred years old, as it started with the invention of the refrigerator and the consumer society, which we live in. One of the most common public issues today is starvation, especially in third world countries. A lot of people around the world are involved in trying to find a solution to solve this problem, although the world hunger problem is artificial. There is enough food being produced to feed every living person on the planet, but we are careless with whom we give this food to. In order to produce meat, we feed grain, which could feed people, to livestock. Figures show that for every sixteen pounds of grain fed to cattle, we achieve only one pound of meat. If the production of meat were to be decreased by just ten percent, this would leave enough grain to feed sixty million people. I do not believe that any humane person can argue with that. The government is spending a lot of money to try and protect the environment. ...read more.

They believe that the animals should be treated with a little more kindness, and be brought up "free range" but they do not intend to give up their meat, they just want to eat it without a guilty conscience. I understand that a lot of people find the idea of becoming a vegetarian completely impossible, but I think I have given enough reasons for people to put a little effort into eating less or no meat at all. The foundations of many people's arguments are simply that they love the taste of meat. This is excuse for killing animals can not be justified in any way. The world is full of meat alternatives, and there are constantly new brands and wider ranges of non-meat products coming onto the consumer market. People say they like the taste of meat, but it is really the taste of two thousand and five hundred different drugs the animals have been injected with during breeding, that they like the taste of. Drugs are used to mask the dead animal, making it red, juicy and appealing. When in fact it really looks like part of a decaying animal, with a putrid smell and a grey, green colour. People say they don't have the time or will power to stop eating meat, when really what they should be saying, is that they don't care about anything but themselves. They are inhumane beasts who carry the graves of thousands of dead animals within them. ...read more.