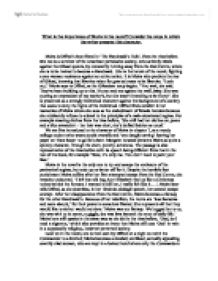 What is the importance of Moira in the novel? Consider the ways in which the writer presents this character.

What is the importance of Moira in the novel? Consider the ways in which the writer presents this character. Moira is Offred's best friend in 'The Handmaid's Tale', from the time before. She too is a survivor of the American permissive society, who actively rebels against the Gilead system, by constantly running away from the Red Centre, where she is to be trained to become a Handmaid. She is the heroin of the novel, fighting a one-woman resistance against an entire nation. It is Moira who predicts the rise of Gilead, knowing that liberties taken for granted cease to be liberties. "Look out," Moria says to Offred, as the Gileadean coup begins. "You wait, she said. They've been building up to this. It's you and me against the wall, baby. She was quoting an expression of my mother's, but she wasn't intending to be funny". She is presented as a strongly individual character against the background of a society that seeks to deny the rights of the individual. Offred finds comfort in her memories of Moira whom she sees as the embodiment of female heroism because she stubbornly refuses to submit to the principles of a male-dominated regime. For example wearing clothes from the time before, 'She still had her clothes on, jeans and a blue sweatshirt - her hair was short, she'd defied fashion as usual.' ...read more.

It is here that Offred has her final meeting with Moira, when her Commander disguises her as one of the Jezebels and sneaks her inside for an evening of kinky s*x. "It's like s******g on the altar or something; your gang are supposed to be such chaste vessels," says Moira. "They like to see you all painted up. Just another crummy power trip." Moira and the other Jezebels are walled up in a prison; the only exit is the death of the Unwomen: "You'd have three of four good years before your s****h wears out and they send you to the boneyard." Moira, however trapped in the regime she is now, still keeps her identity from the time before, from her language. She still uses words such as 'Godawful' and 'h**l no' which are both religious taboos in Gileadian society as because it is a society based on religion, these would be considered profane. Moira relates in many ways to the themes in the novel. She strongly portrays identity, as she is always known by her own name because she never becomes a Handmaid. Moira's lesbianism may also be seen as an aspect of her heroism. By rejecting men as s****l partners, she refuses to surrender her right to a personal identity. ...read more.

Therefore some critics say that one of Atwood's purposes' of Moira in the novel is to make an ironic comment on the long-term effectiveness of political activism. She implicitly emphasises - as does George Orwell in '1984' the personal responsibility of the individual has towards his or her 'truth'. Atwood also uses Moira as part of her exploration of the concept of 'narrative'. Within the incomplete and segmented narrative that is Offred's story, Atwood embeds a number of other 'stories' that are similarly incomplete. Moira's end is unknown but it is an interesting insight into the significance of Moira in Offred's life that the latter speculates to the 'ending' of Moira's story that she would like to tell. The character of Moira can present quite a few messages from Atwood. J. Brooks Bouson points out that 'the narrative, while typecasting Moira as a feminist rebel. Also dramatises her defeat,' as although Moira did everything in her power to escape the Red centre and the regime, she actually ended up still imprisoned. Moira's tragedy is that her energy and courage cannot be accommodated within Gilead, yet the regime will not let her escape. I think Atwood's message is bleak. She seems to condemn Offred and Serena Joy for being complacent and serving as agents of the totalitarian state, but then when Moira stopped complying, she still didn't succeed in making any difference. ...read more.